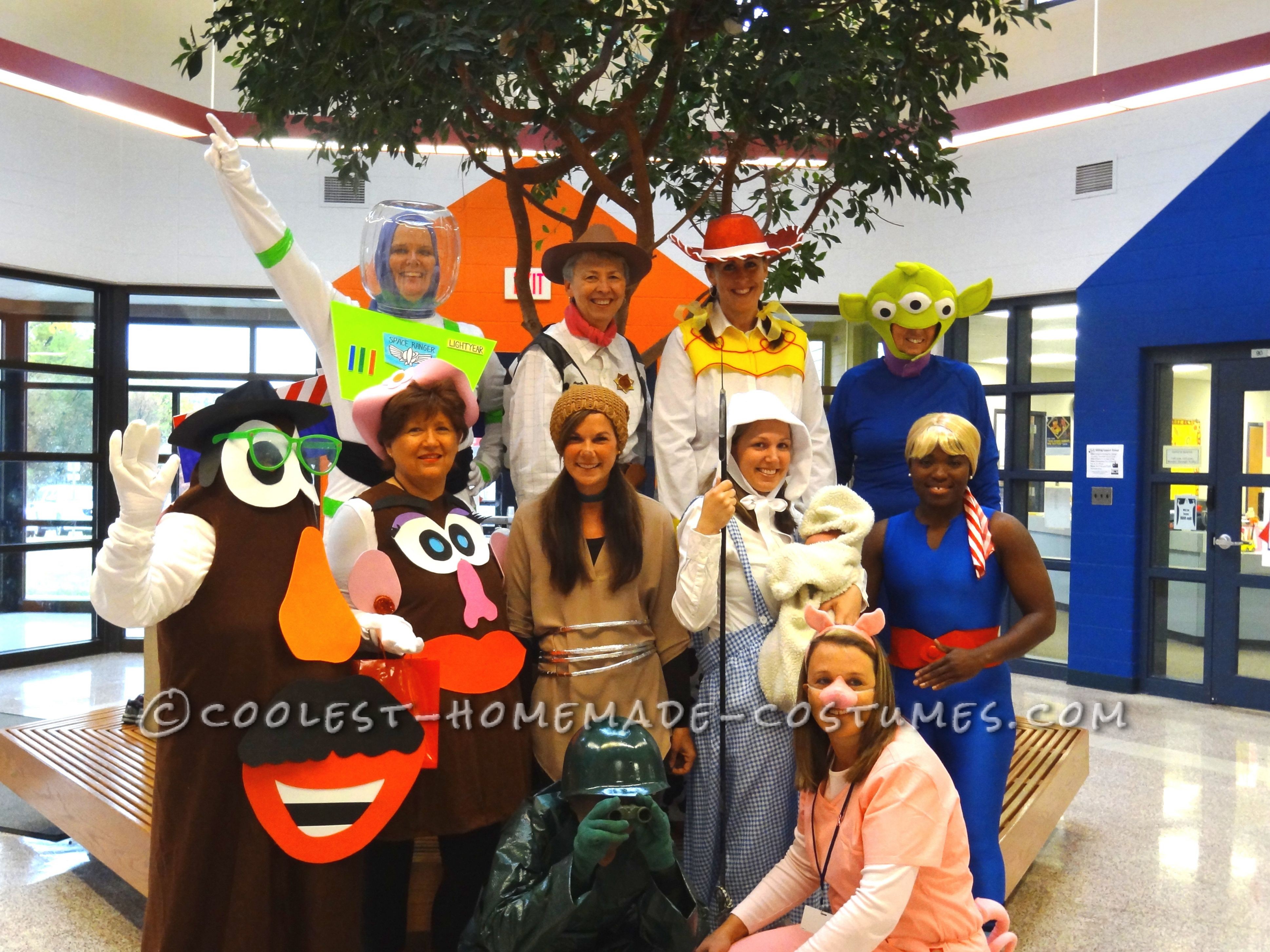 This is a group that works at an elementary school so the theme had to be kid friendly. We had a lot of fun with these Toy Story Halloween costumes!

To start, we all bounced ideas off one another and decided how to do certain costumes.

Mr. Potato Head was made with a cheap blanket from Menards with drawstring on the top and elastic on the bottom. Mrs Potato Head was created from anold dress. Both characters used parts made from foamies and were velcroed on.

Buzz Lightyear was created using white sweats, lime green duct tape, a black scarf and foam board. The helmet was the hardest part but someone came up with a giant plastic pretzel container that worked perfect.

Jessie used a white blouse and sewed on ppieces of felt with red yarn hot glued. The chaps were created with a piece of elastic around the leg.

Woody was created with a child’s vest purchased at Dollar Tree and cut down the middle of the back to add a black 11 x 17 foamie to expand it to adult size.

Slink created her outfit with a brown sweater, cap and leggins with a foil “rope” wrapped around her middle.

The alien was created with blue sweats and a borrowedmask.

The pig was created with pink scrubs and a purchased nose, ears and tail kit.

The army man was created with a tarp and duct  tape. The7 x9  tarp was laid on the floor and pants and a shirt were used as patterns. Shoes, helmet and cardboard cutout were painted to match and a pair of garden gloves were purchased. An old pair of pantyhose painted lightly the same color were used to cover the face. This costume was VERY HOT! It trapped in the body heat and the face cover could only be worn for short periods of time. 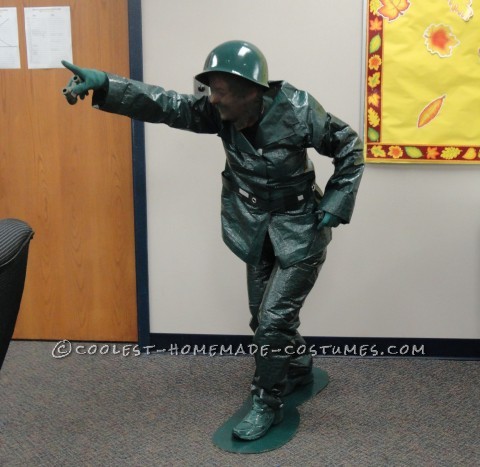