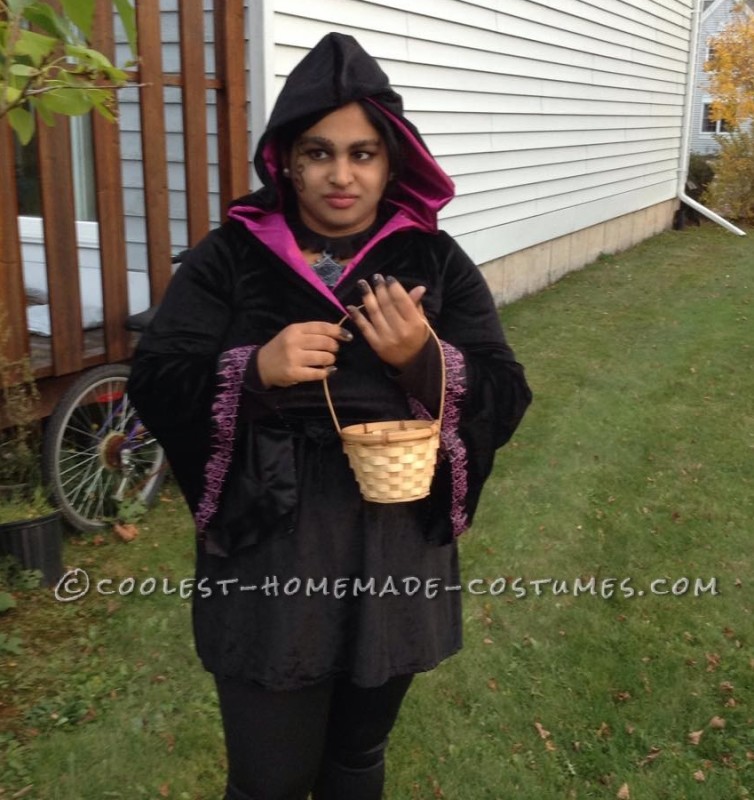 This Little Dark Riding Hood costume idea began with a Gothic robe I bought in store.

I had many other ideas for this costume like a Gothic witch, and vampire. When I saw the Little Red Riding Hood costume, I wanted to be it, but I didn’t have a red cape. Then I thought “what if I was a Little Black Riding Hood as opposed to Little Red Riding Hood!” I paired up the robe with a Gothic choker and leather pants to look like a evil dark riding hood. I also did some Gothic details on the makeup and nails. People were confused at first what I was but then when they saw the little basket they realized I was little black riding hood. I got a lot of interesting reactions.