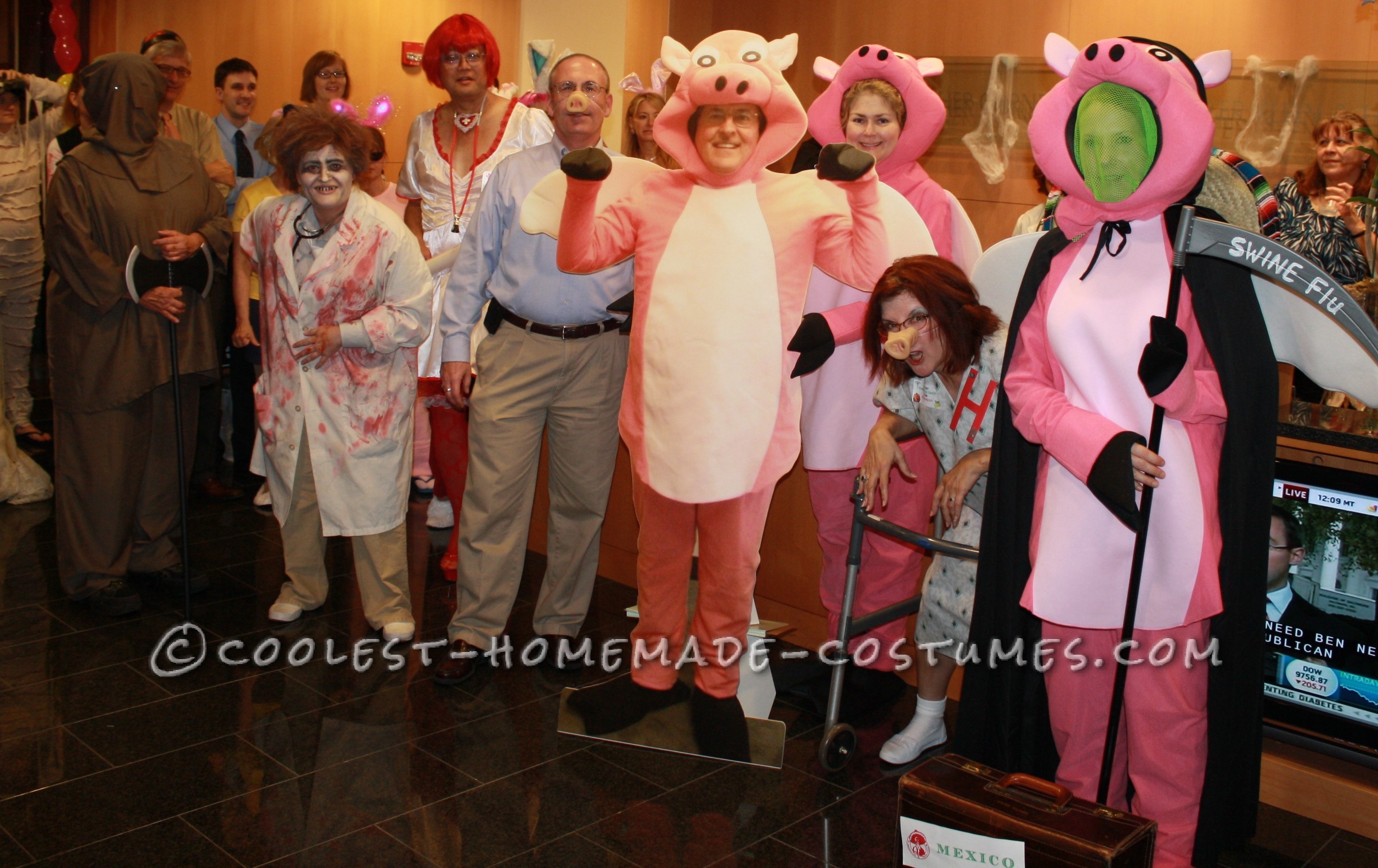 This was the year that the Swine Flu was infecting Mexico. If anyone does not know who Morgus is, it’s a local television show in New Orleans, LA. He always tries to find a cure for any give problem but something always goes horrible wrong. So we came up with the idea that Morgus cures the Swine Flu. Instead of his vaccine curing people, it turns people into Swains aka pigs.

I was the Swine Flu with my Grim Ripper cape and sombrero since it came from Mexico. I also carried around a suitcase with names of the place the Swine Flu had infected. The group costume was fairly easy to pull together as you can see from the photos. Also we went around the office and place Kleenex with green slime on peoples desk (yes.. it looked gross). We also use squiggly balloons and wrote on them H1N1 and SWINE FLU. We placed those throughout the office.