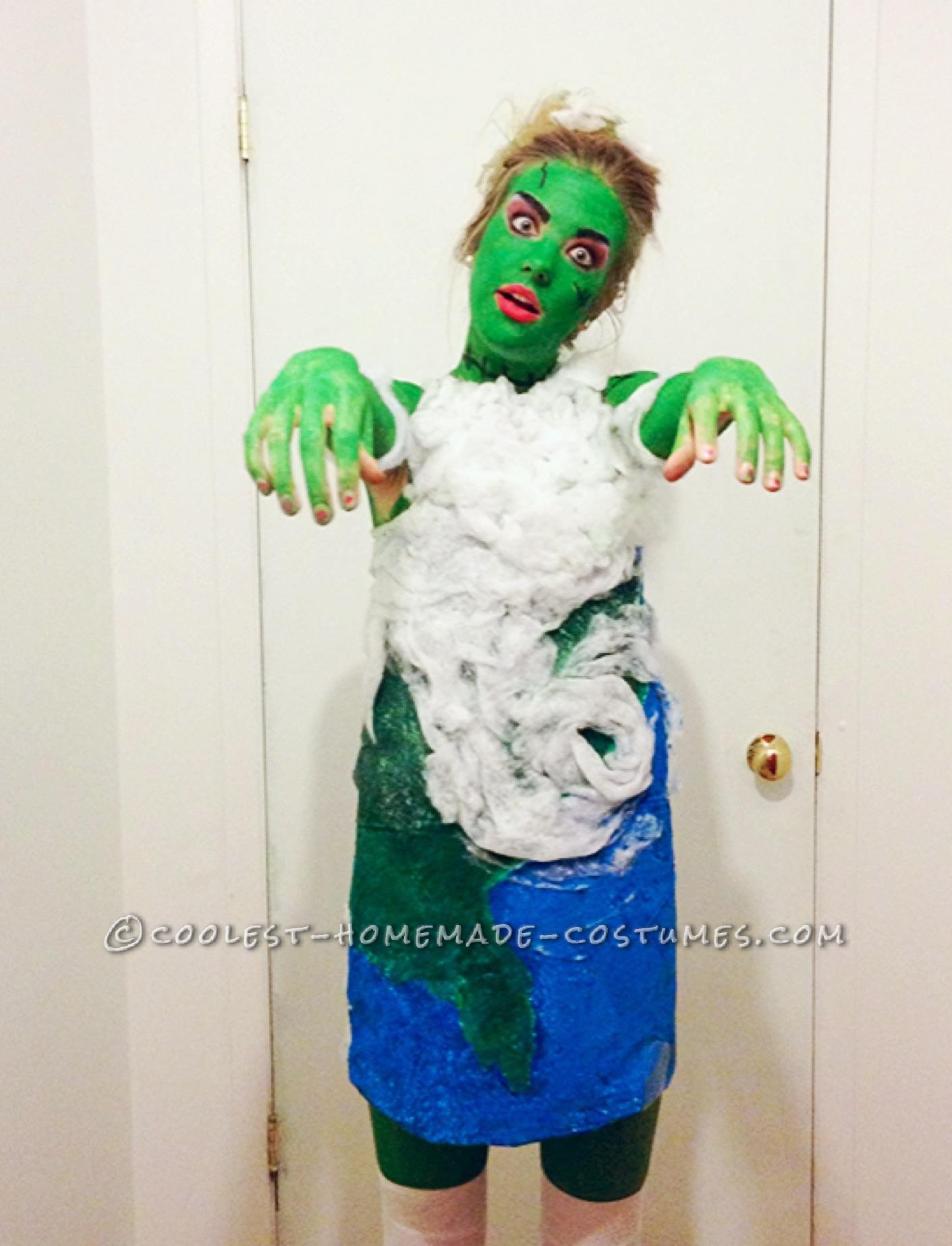 Hey! Look, it’s Frankenstein!  This DIY costume was fun to make and will keep you to a small budget!  While watching the news one night for one of my University courses, I was really hit with a “wave” of creativity.  As the weather reporter spoke about the drastic events occuring in New York it hit me!  I was going to dress up as “Frankenstorm!”.

First off, I Googled “Weather Map of Hurricane Sandy” and started to doodle some pictures of the hurricane.  Next?  I ran down the street to the local Dollarama to pick up some supplies.  Mind you, I was making this on the day of Halloween so everything was slightly rushed!   I bought green acrylic paint, a table cloth and some safety pins.  Everything else I already owned which was: white thigh-high socks, black boots, blue acrylic paint and other face paint used only on my face.  After gathering all supplies needed, I came home and measured the table cloth to my body and marked off where I would need to paint the map (I only had time to paint the front of the table cloth).

I painted the green land first and afterwards I started to pull of the cotton material which was on the underside of the table cloth.  This gave me the material for the actual hurricane and left a nice smooth area where I could paint in the ocean.  After the map was finished, I took the cotton-ball material and fixed it into a hurricane with swirls and twists making it look like the one I had seen online.  If I had more resources, I would have glued the clouds onto the dress but I was luckily that they were staying on.

I would recommend fixing the clouds down, especially if you are going to be running around or trick-or-treating on Halloween!!  Once the painting was done, I started to paint my body.  Starting with the arms I started to become a green Frankenstein!  I looked hilarious.  I left my face until later and the palms of my hands remained un-painted for personal preference.  The only thing that went wrong with this costume was the drying of the paint.  I painted myself too early, with at least 3 hours to wait around at home.  This allowed the paint to dry but also crack in the places I was bending my arms.  It was impossible to remain still while I was finishing my costume.

So I painted of the scales which helped but for those who want to attempt to paint themselves green, I would wait with about an hour and a half before departure and make sure the paint is evenly spread everywhere.  Also, get a friend or parent to paint your back!  Since I was wearing high-socks, I only had to paint a little section of my legs.  Once it all was dry, I wrapped the painted dress around me so that the map was in the right spot.  With the safety pins, I attached it to a tank top I was wearing underneath to make sure it couldn’t fall down or move.  I also safety pinned it at the back so that it fit my properly.

After the body of my costume was finished it was time to add some personality to Frankenstorm!  I painted my face with green face paint and did my lips and eyes with makeup I already had.  I was unsatisfied with the green face paint so I went all-out and painted my face too! Unsure if I would ever be back to normal skin color,  I painted everywhere and hoped for the best.  The last additions to my costume were spontaneous but I am happy they turned out.  I made a wire necklace and took some extra cotton balls and fixed them from the top of my dress to the necklace (right at my collarbone).  This gave the illusion that the hurricane clouds came right up to my neck.  They were folded over the wire and tucked into the top of the dress and I crossed my fingers that they would stay.

Afterwards, I tussled my hair and put it into a bun on my head.  I used some of the green paint to paint the ends of my hair to give it a green tint and added 3 cotton balls to look like clouds in the bun.  Voila!!! Frankenstorm was born!  It was so fun to wear and my friends thought it was a hilarious and super creative idea!  I took 4 showers and used dish soap to get all of that green paint off and had shampood my hair many times before all of the knots were out!  Although it took some work, it was most definitely worth it!! 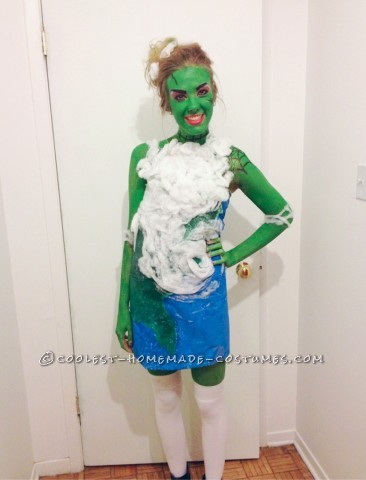 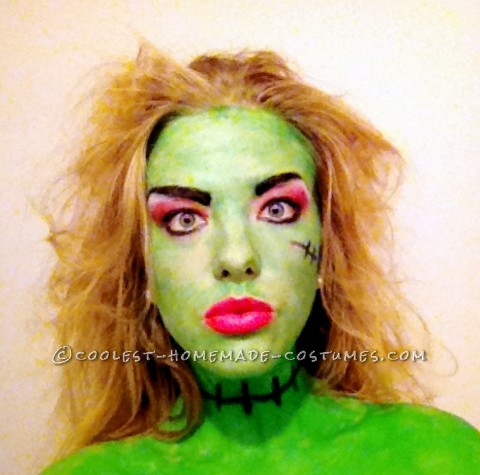 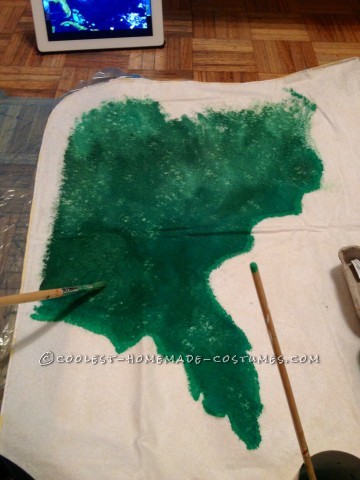