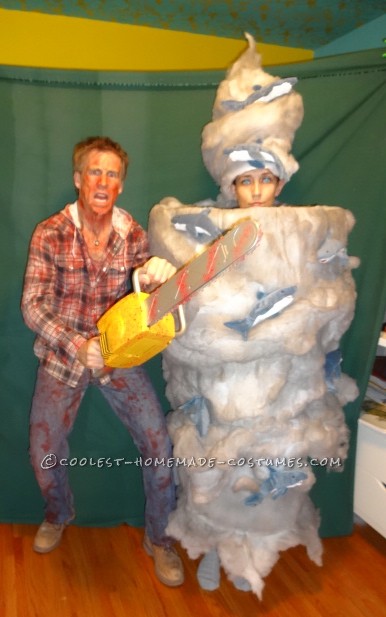 Sharknado became one of the most talked about movies of the summer.  After I saw it I knew that my boyfriend and I had to create a one of a kind costume for Halloween!  I immediately started hunting for Beanie Baby shark toys at garage sales.  I also started a stockpile of assorted bags of fiber fill.  I found a roll of chicken wire that provided the perfect base for the cylinder.  Everything for this costume was purchased second hand, even Fin’s clothing.  We couldn’t find the perfect hooded plaid shirt like he had on on the movie, so we improvised and sewed a grey hood onto a plaid shirt.  The chicken wire was cut and formed into a cylinder shape and the fiber fill was sewn on.  It was then spray painted grey in some areas.  Next the sharks were sewn on.  The hat was created using an old costume crown, some wallpaper and fiber fill.  Fin’s clothing needed to be bloodied up so he better resembled the survivor of a shark attack.  Add the chainsaw, and we were transformed into the coolest homemade Sharknado duo! 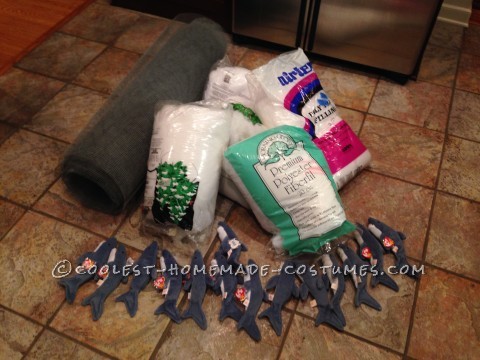 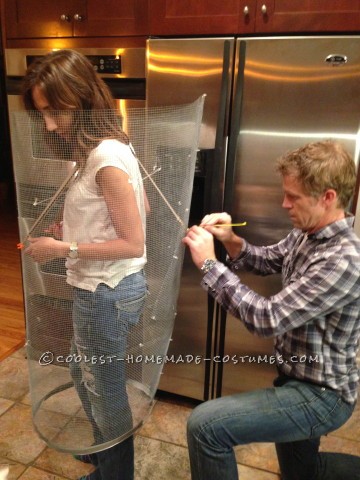 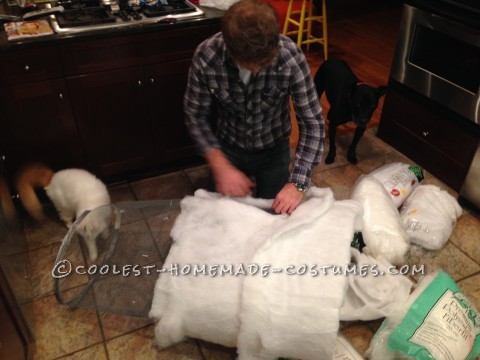 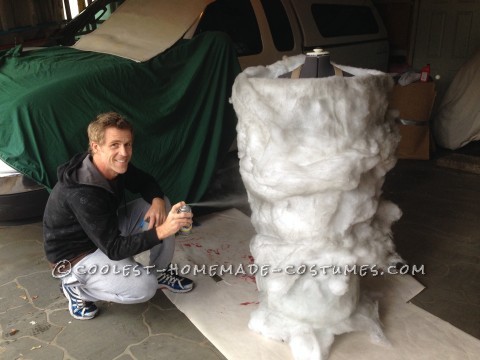 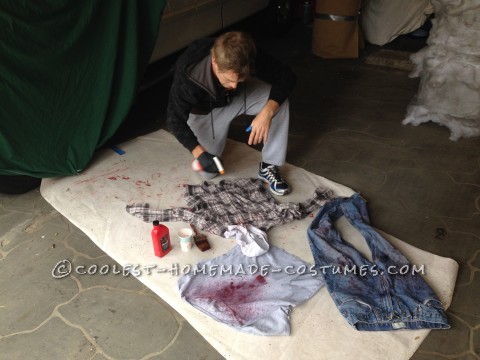