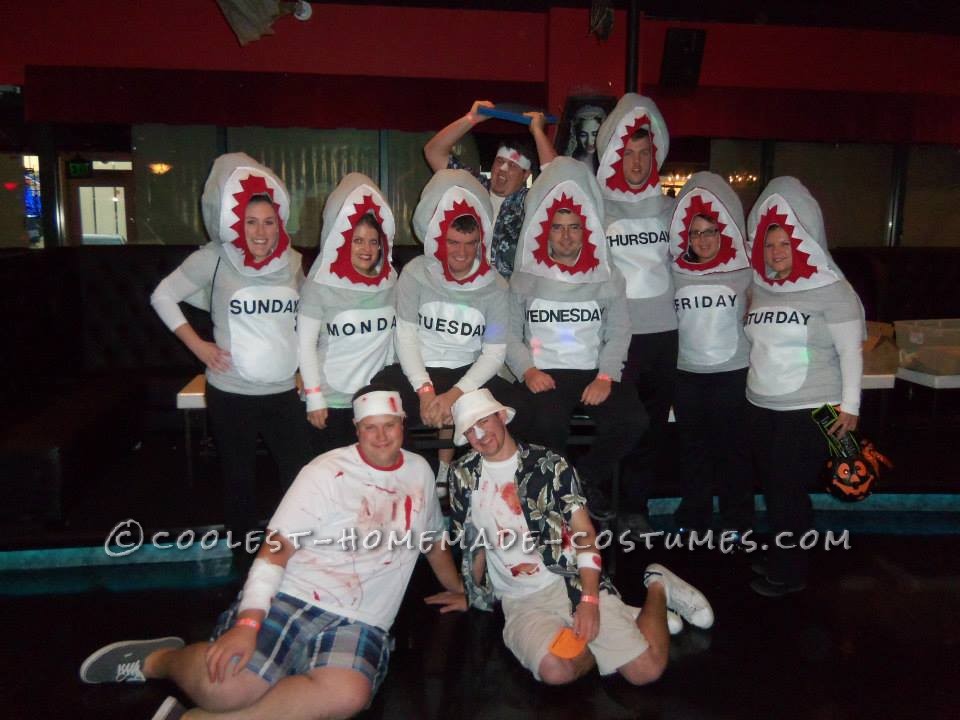 These costumes were epic!  The best we have ever done. We won overall best costume at one of the costume contests in West Des Moines, IA. When other people are asking to take pictures with you, then you know you did good!!

I was sitting on the couch watching TV one day, and saw previews for the Discovery channel’s shark week, and that’s where the idea came from!  No originality, nothing.  We went to the fabric store and to the crafts store.  Each costume was $30 overall to create…just a lot of time and a sewing machine.  The t-shirts were clearance at Target.  We cut out a white ‘belly’ for the great white shark out of felt and hot glued it on. Hot glued the letters on.

The eyes were easy, cut out of black and white felt and hot glued on. We cut out red felt, hot glued it on. Cut the white felt for the teeth, hot glued it on, haha.  And then lastly made a hole for our faces. The head pieces we not very stable, so we had to keep adjusting it through out the night, but it’s Halloween…is anyone really comfortable?

We also had three ‘victims’ who wanted to be part of our group to add a little extra flavor.

So about 3 women, 3 Saturdays, 40 hours overall, a sewing machine, and a hot glue gun…priceless. Memories for a lifetime!! 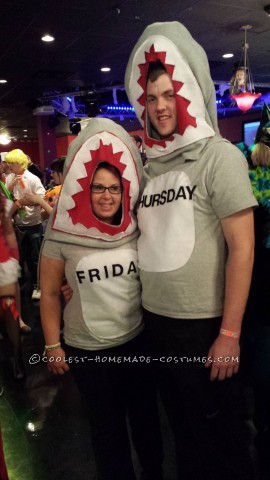 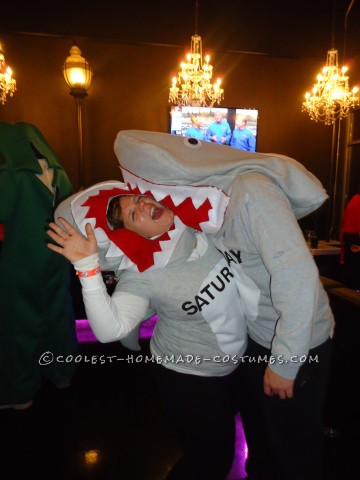 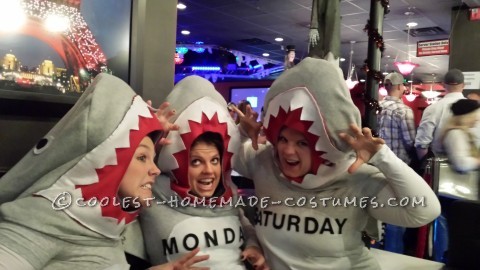 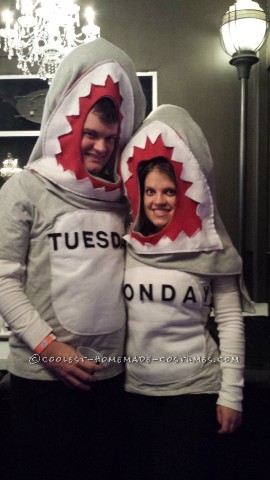 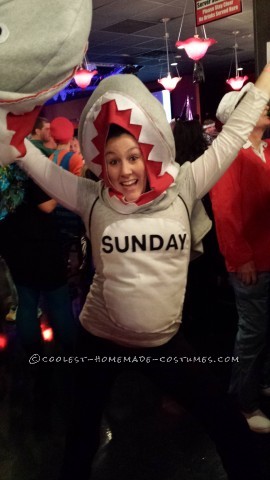