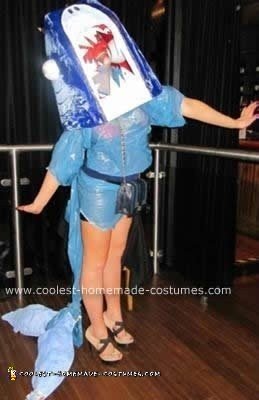 I made this Homemade Jaws Shark Costume for my freshers ball at uni where the theme was “movie night”. With no money but a lot of cardboard I took the obvious decision to go as Jaws.

The head, fin and tail are all just cardboard, paper mache and paint. I was pleasantly surprised at how well the shape of the shark head turned out seen as there was no real planning involved. For the eyes I cut two holes in the sides, blew some balloons up threw them then drew on the pupils with a marker. The body was just blue rubble bags which I stuck my arms and legs threw, this part of the costume was very last minute.

The costume took me about 2 weeks to make and although only the fin survived till the end of the night, all the effort was well worth it, at least I still have the pictures as proof this costume existed! 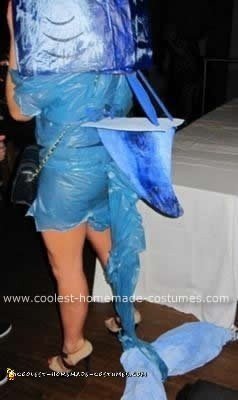 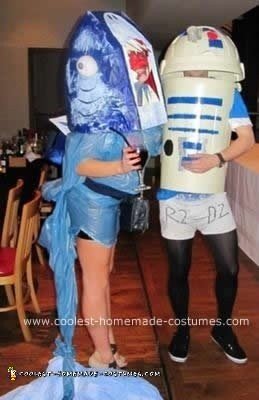 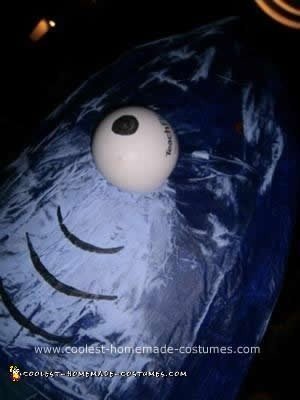