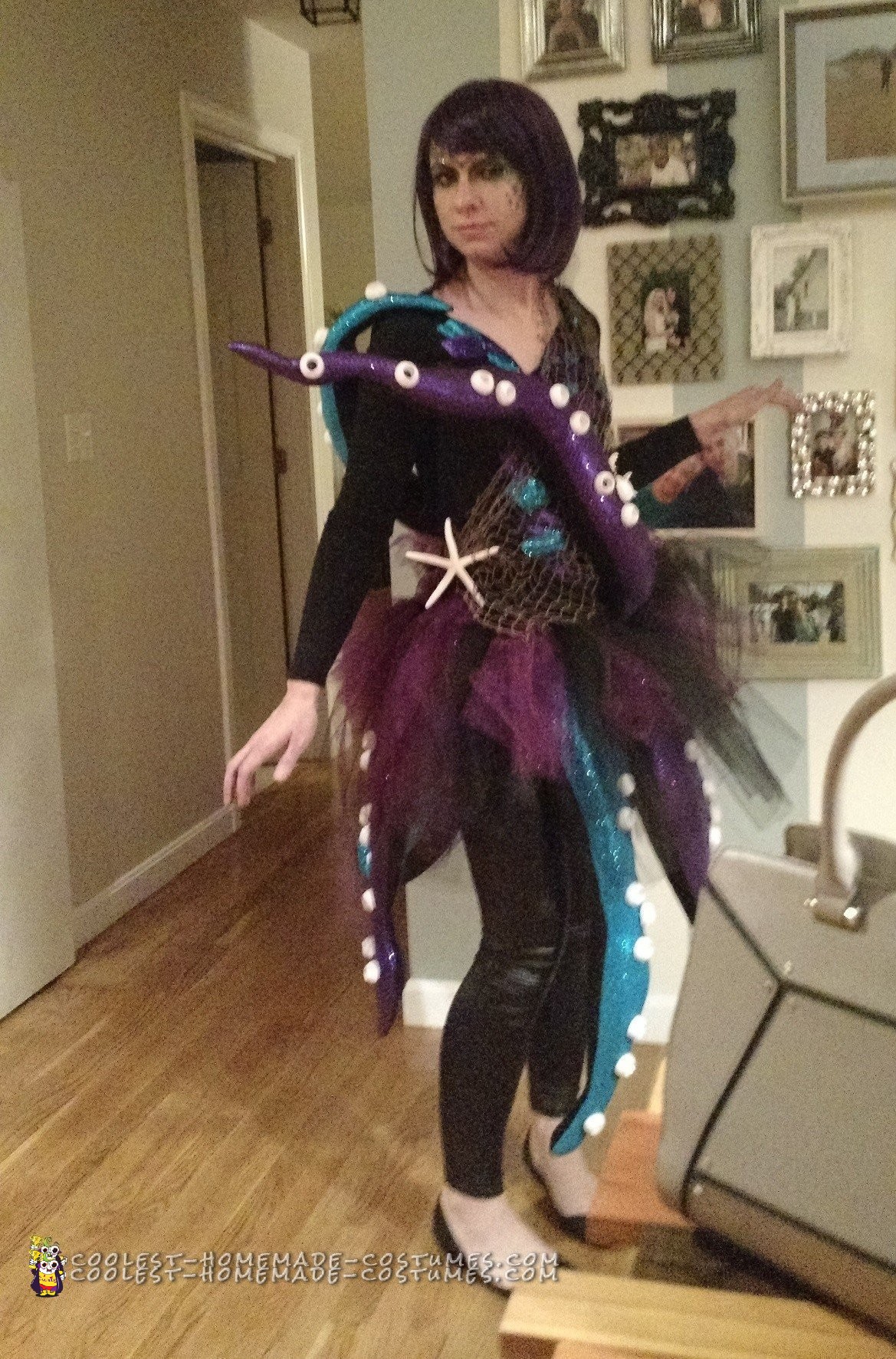 This year I wanted to make a very unique and different costume. I settled on an octopus because I thought it was pretty unique and would be big and flashy. I taught myself basic sewing a few years ago so I thought I would give it a shot.

First, I made a black and purple tutu that I planned to later sew the tentacles to. I then bought fun fabric and cut it into tentacle shapes and then sewed the pieces together. I stuffed them with simple pillow stuffing and sewed them up. I then found these wooden circle pieces at the craft store that I painted white and sprinkled with a ton of glitter. I then hand stitched the “suction cups” to the tentacles one by one (this was the lengthiest step).

After I finished the eight tentacles, I then sewed them to the tutu. I took black thread and used it to lift up some of the tentacles so that they would appear to be curling.

Every year we go to Salem, MA to walk the streets in costume with the thousands of other locals. Because it is cold, I opted for a long sleeve black shirt that I glue-gunned on scale shapes from the leftover tentacle fabric. I bought black leather leggings to go under the tutu and a black and purple wig for my hair.

On Halloween, I painted my face and put on a wig. I then put on the tutu and had to sew myself into it because I wanted some of the tentacles to attach to my shirt. I wouldn’t have been able to get the shirt on if I would have done this prior. After sewing some of the tentacles up, I then tied on a net with some seashells attached to my chest/waist area.

We had a great time in Salem and I received a lot of compliments on my elaborate Octopus costume. It took many hours to create, but it was worth it! 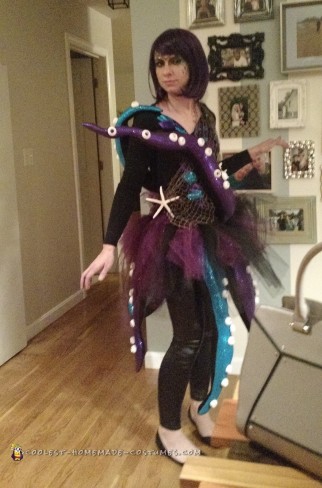 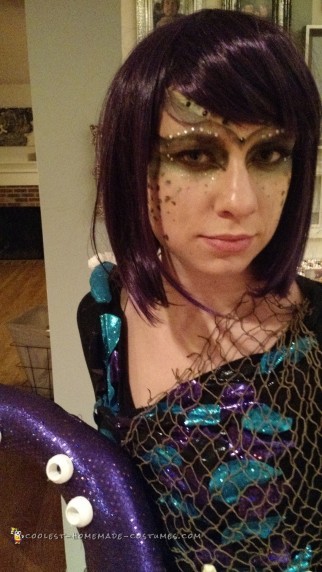 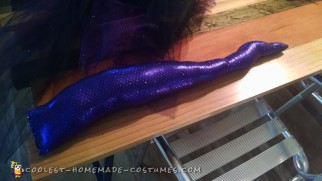 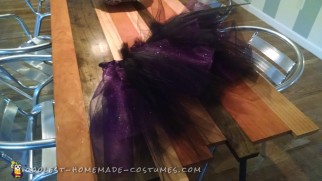 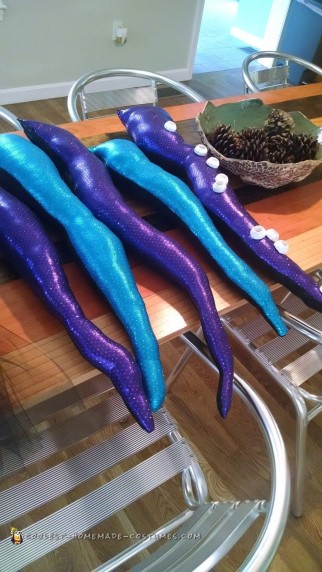 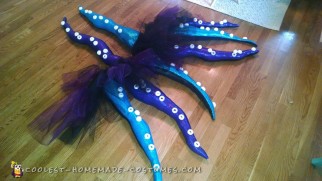