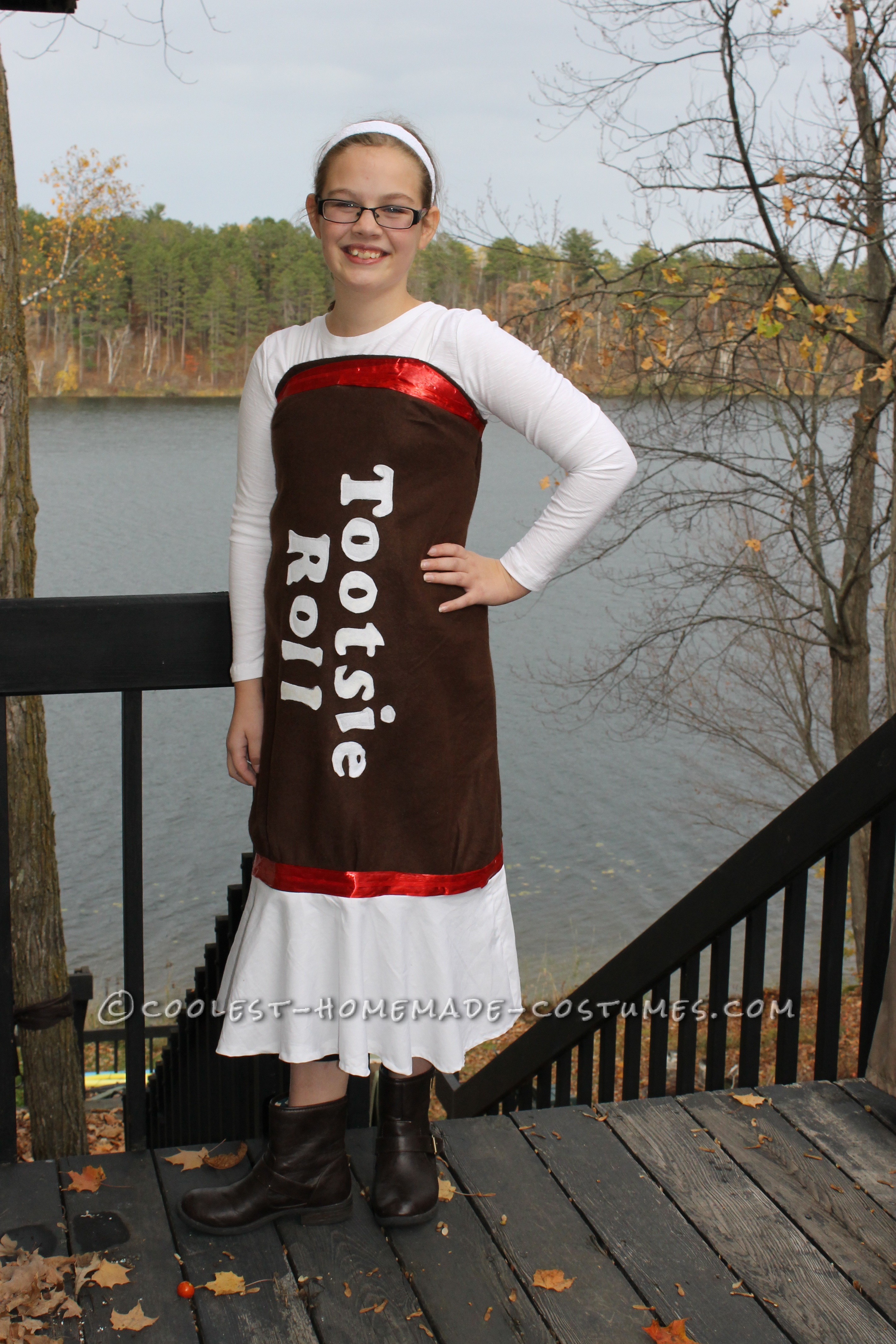 Making of the Tootsie Roll costume:

So somebody wanted to be a tootsie roll for Halloween. Usually her grandma would manage this and we would push it to the side. But with her grandma unavailable (for a good reason), we were on our own. After looking online for inspiration, we went to a thrift shop. We found a brown blanket, bedsheets, and red ribbon. Then, after making a 30 minute drive to a Jo-Anns, we found pattern #B5592. (google sewing pattern #B5592 to find it) It is the pattern for two dresses, one plain and one with two ruffles, a small ruffle and a big one.

We made the plain dress out of the brown blanket and used the white bedsheet to make the large ruffle from the other dress and the straps. (Can’t see the white straps in the picture.) After sewing the ruffle (for the candy wrapper) and adding the straps, we were left with a dress just begging to be decorated. The ribbon was thin, so we added two “layers” on top of each other and used an iron-on adhesive to attach the ribbon to the blanket. Definitely recomend using the adhesive rather than sewing, MUCH easier.  We did the same thing on the top of the dress.

Then we needed to add the letters. We Googled what the tootsie roll font was to make it authentic, and for anyone wondering, it’s Cooper Black. We typed “Tootsie Roll” into the word processer and made it the right size. Then, printed it out and traced it onto felt, cut out the felt.

We got a white shirt to wear under the costume and a white headband to give the illusion that there’s a wrapper on top. Purely optional, but we liked it.