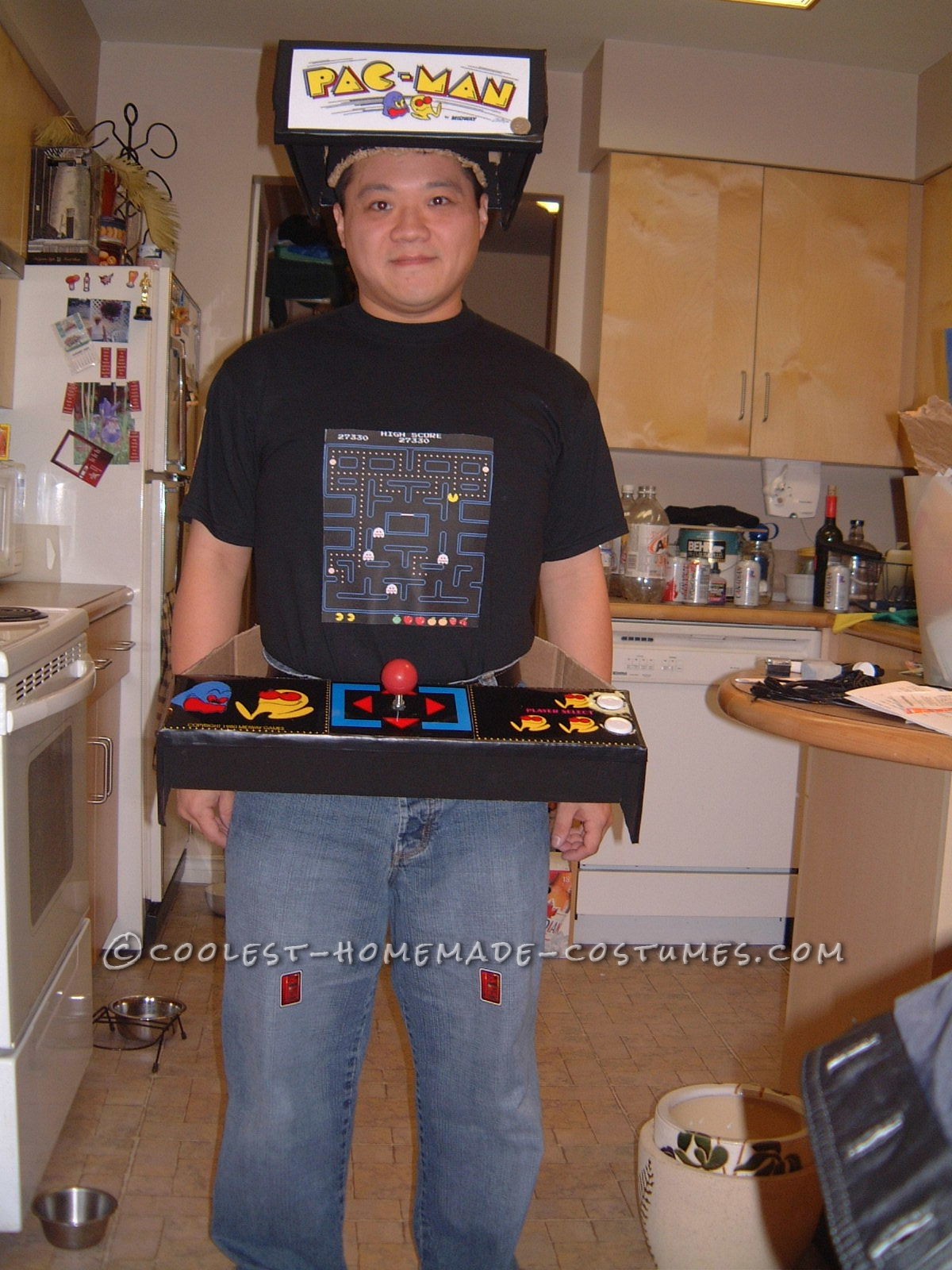 I was going to an 80’s themed Halloween party and had to come up with a last minute costume idea. I played my share of video games at the arcades back then and one of my favorites was Pac Man.  But making a Pac Man costume would be awkward (to move around in) and, frankly, it’s been done. So, I took it more literally and decided to be a Pac Man machine!

The materials were all quite easy to procure:

The head piece was made of cardboard, hot-glued together and painted black and yellow with cheap dollar store paint.

The marquee was simply a downloaded image of the arcade machine marquee which I printed on photo paper (you can’t tell in the photos, but the marquee even lit up as I installed a small LED light behind it).  I attached a quarter to the marquee, too  (that’s how you let the person playing know that you were next, remember?).

The shirt was a plain black T-Shirt.  The screen of the Pac Man game and the logos on the sleeves were downloaded from the internet and printed with my inkjet printer onto a special fabric that you heat press onto fabric  (I believe I got it at Michael’s.)

The joystick area was made of cardboard, hot-glued together and painted black with that same cheap dollar store paint.  The graphics are all just downloaded images and printed on glossy photo paper.  The joystick itself is just a red rubber ball that I drilled a small hole in, a long threaded screw and some nuts held the entire thing together and allowed for people to “play with my joystick” all night. The “buttons” were nothing more than the caps off of some bottles of water which I embedded slightly into the cardboard and glued them in place.  Velcro straps were attached in the back.

(I lost count as to how many people took pictures playing with my joystick – it was a great “gag” with just the right amount of innuendo to break the ice with people I didn’t know.)

I also printed two copies of an image of a lit coin slot and just taped them to my jeans.

All in all, the costume was cheap to make with the most expensive item being the special printable fabric.  It also only took a day or so plus a bit of running around to get the materials, but it wasn’t difficult by any means.

At the party, I won “first prize” and was even offered $50 on the spot to sell the costume to someone. (I declined!) 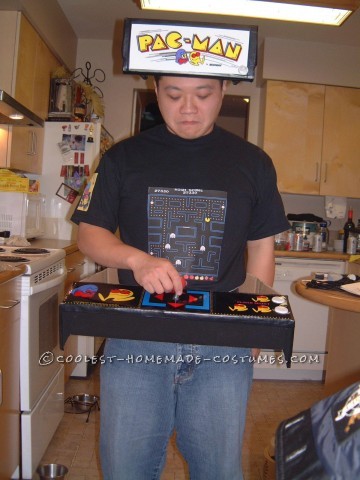 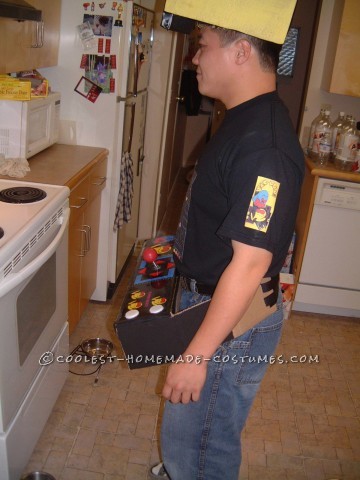 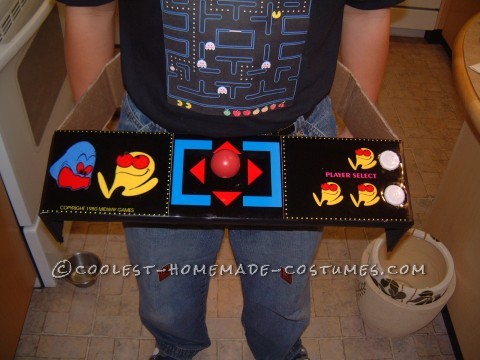 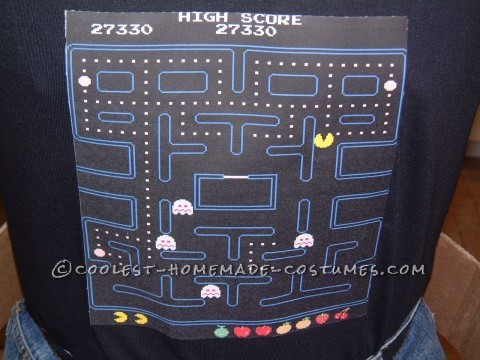 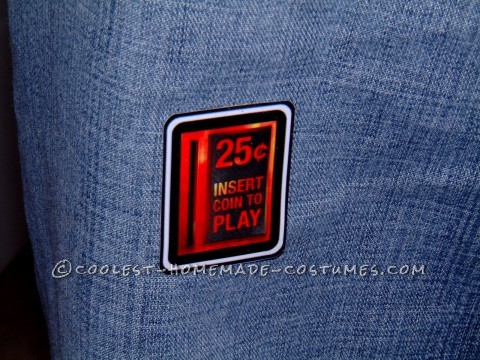