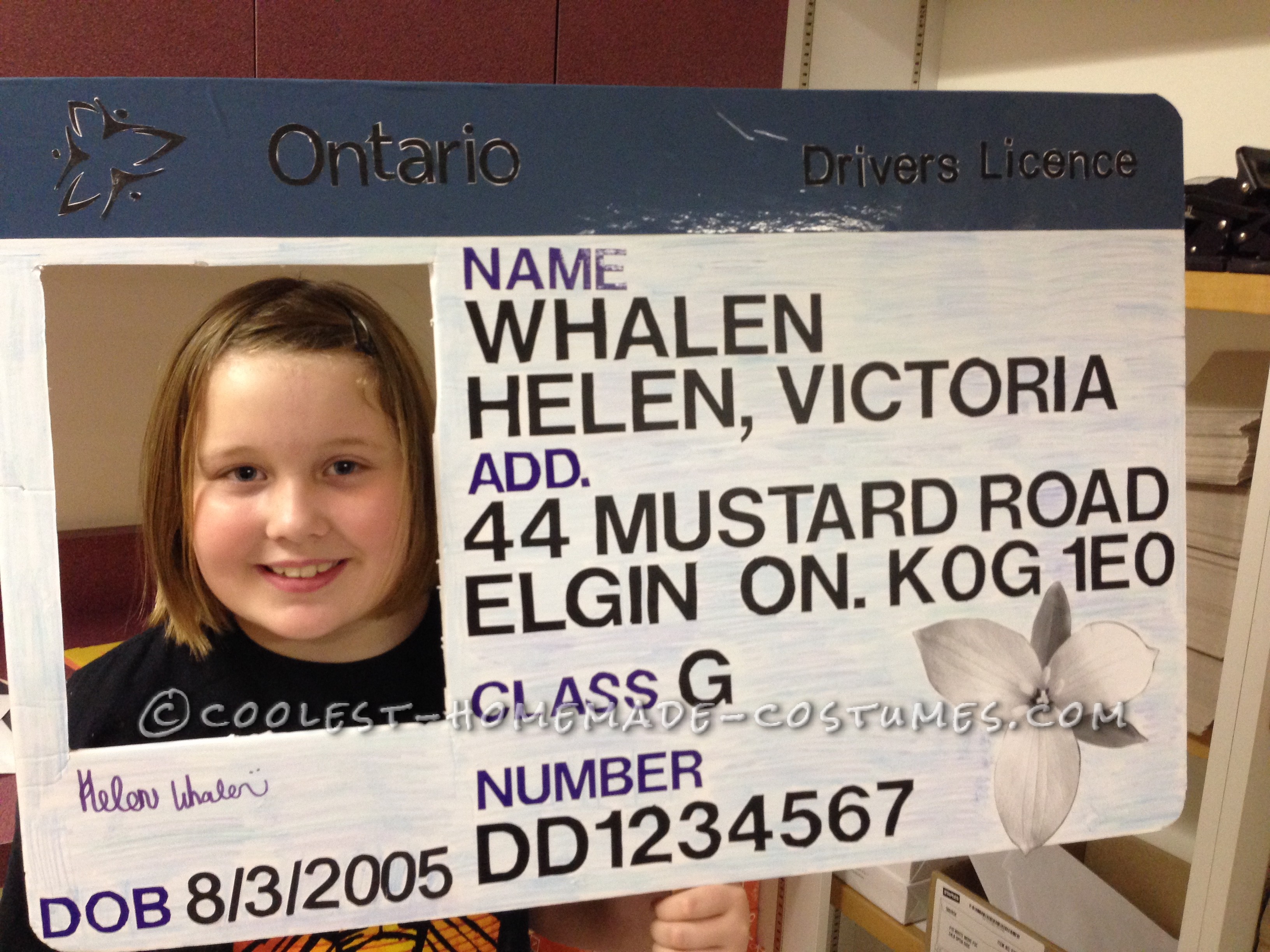 Our daughter Helen loves to be unique at Halloween. She was watching an episode of one of her favourite tv shows where the main character gets her drivers licence. The characters brothers made her a homemade license to celebrate, which led Helen to think that the most amazing and unique costume would be a drivers license.

Coming from Ontario, Canada our driver’s licenses have a lot of detail. We looked at some examples online. We considered trying to blow up a license at a printer but my husband, who is FAR more handy than I, insisted that would not work. So we set off to try and make it on our own.

We started with a piece of foam board and got some shiny sticky paper to do the heading. My husband Shannon glued that on and then we had a friend with a vinyl press create all of the lettering. We hoped this would help to speed up the process of making the costume; HOWEVER, the vinyl cutter didn’t impress enough on the paper so we ended up cutting every single letter out with exacto knives. HELLO TEDIOUS! By this time, we were determined though so we persevered and got all the letters and headings cut out.

Left to do was to glue on the trillium, which is the provincial flower of Ontario. That was simple enough – I found one online and glued it on. When I glued it down, however, it covered part of the lettering. So I peeled it off and restuck it. This left some glue residue – I wasn’t too worried about that until I went to colour the licence in.

Our licenses are a mix of bluish purple … I decided to shade with pencil crayon but when I got to where I’d “misglued” the trillium, I coloured over it and it left a texture. At first I thought it looked TOTALLY ghetto but the more I looked at it, the more it helped to make it more authentic. Ontario licenses are bluish purple but have a textured look to them – soooo I took a glue stick and randomly applied glue all over the parts of the licence that weren’t covered in lettering. I let it dry and did another colour coat of blue pencil crayons – 3 different colours – followed by a colour coat of purple.

The costume was a hit – Helen’s favourite part was signing her name in cursive. Lots of people commented on it, which she absolutely loved, of course! :)
We went to our annual children’s Halloween party in our town and we were convinced we had the competition all locked up – I mean, a drivers license? What is more original than that?

There were a lot of girls in her category, but we were still very optimistic. She ended up placing second, coming first runner up to … wait for it … Cat in the Hat. SERIOUSLY? THE CAT IN THE HAT? In Helen’s words, “I was robbed.” However, we were happy because we felt it was a one in a million costume for a one in a million kid …

As we were walking around trick-or-treating, she informed us next year she wants to be the golden gate bridge or a phone booth … looks like our work will be cut out for us again!

PS Attached is a sample picture of an Ontario Drivers Licence as well as the costume photos.
PPS Colour may appear to be spelled wrong if your site is based in the USA; in Canada, however, we spell colour with a u! :) 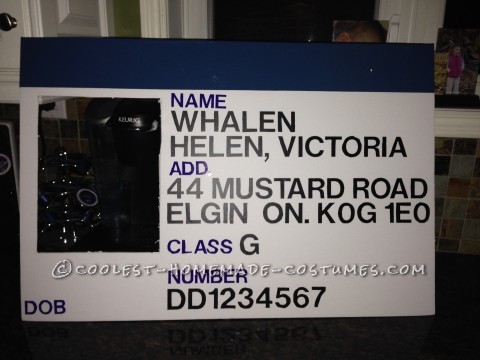 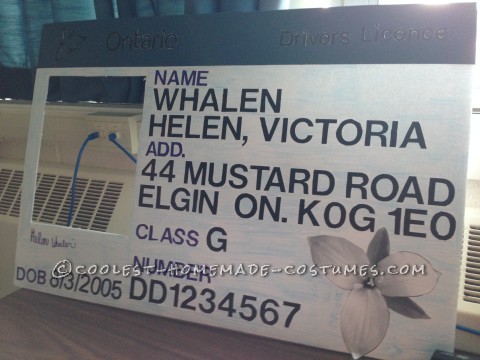 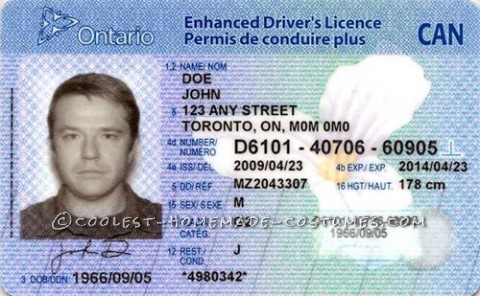