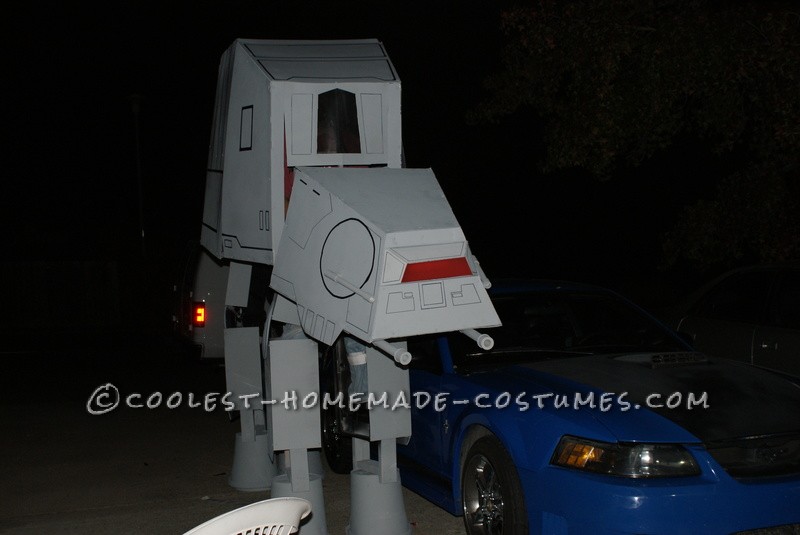 2012 I wanted to do something big, i made Ironman last year and Master Chief the year before.

It is a 1:6.5 scale of the original and very large, i didnt get all the detail i wanted but here its is anyway.

I built the frame from 1/2 in PVC and glued it together. Some areas were heat bent because there was no fittings for such angle.

In order to be the proper height I needed a set of stilts, so i made some with 2×4’s and 2×6’s to replicate drywall stilts. There is a 2×6 in the center of each bucket and a 2×4 as a foot pad. Leg brace was later upgraded to a 2×4 for more support.

Keeping the weight low i wanted something sturdy and light. I decided on corrugated plastic, the same thing used for campaign signs. I can be purchased in big sheets, since the election was still on and none were to be found free. I was cut to shape and screwed to the pvc.

Expanding foam was also used to strengthen certain spots that didnt have pvc near the top.

Height was tested since my back legs(my brother) was a couple inches shorter than me.

Paint was just a light grey primer from the store.

PVC frames were built to cover the legs and skinned as well.

Finnish painting, ad some details, and hang luke from under the belly and it is ready to walk…. Height is over 10ft tall and 12 ft front to back. It comes apart in 2 sections to make transport easier. There was many lights but they were not turned on for this photo(including the cockpit) 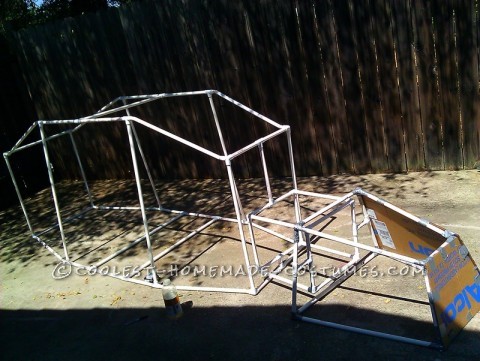 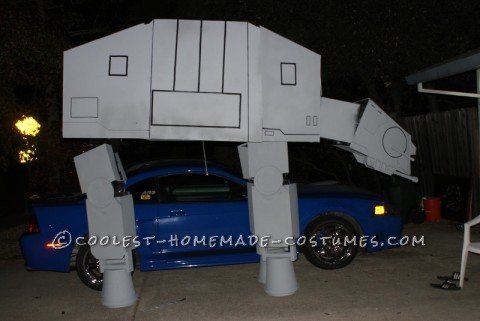