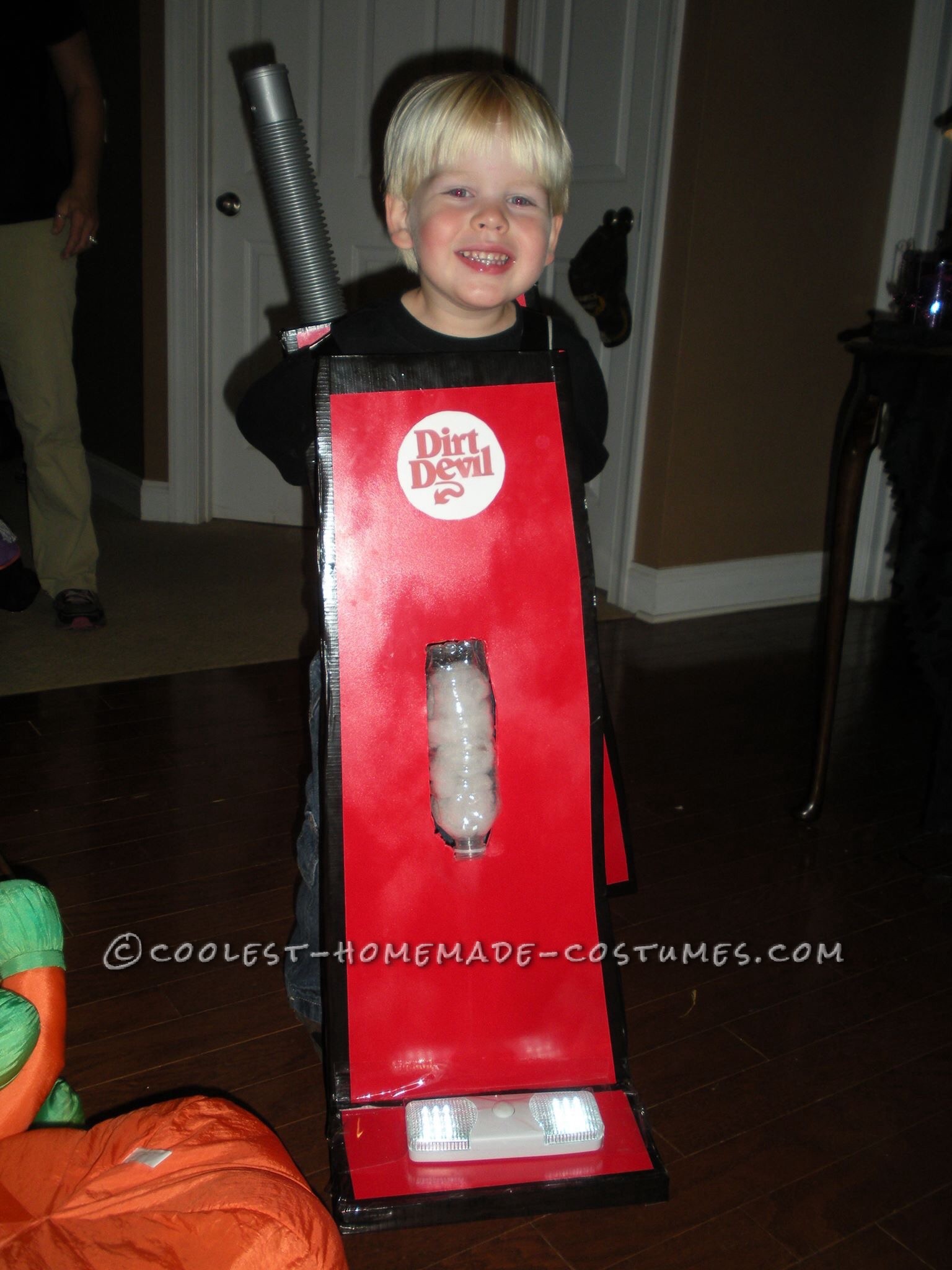 My three year old son was obsessed with vacuum cleaners so I just knew that it would be the perfect costume for Halloween!

The extra touches I added were the “dirt canister”, Dirt Devil logo, and light.

For the dirt canister, I used an empty water bottled and filled it with dirty cotton balls (they were actually new cotton balls that I literally rolled in the dirt outside). I then cut a hole in the larger part of the costume (the large rectangle) just barely big enough so that the water bottle fit snugly inside upside down without any additional adhesive. (FYI it still popped out all night, so I would recommend using some adhesiive).

The Dirt Devil logo I found online and simply printed, cut out, and glued to the costume.

The last finishing touch was a store bought battery powered light that I attached to the base of the costume (the smaller rectangle) with some self adhesive Velcro strips (This also kept falling off throughout the night, so I would recommend using something stronger). The light doubled as a safety feature because drivers could see him coming!

This costume was a huge hit with our family and friends and even won first place in a costume contest! Even our hairdresser is still talking about that costume a year later! She says that she tells all of her clients about it!