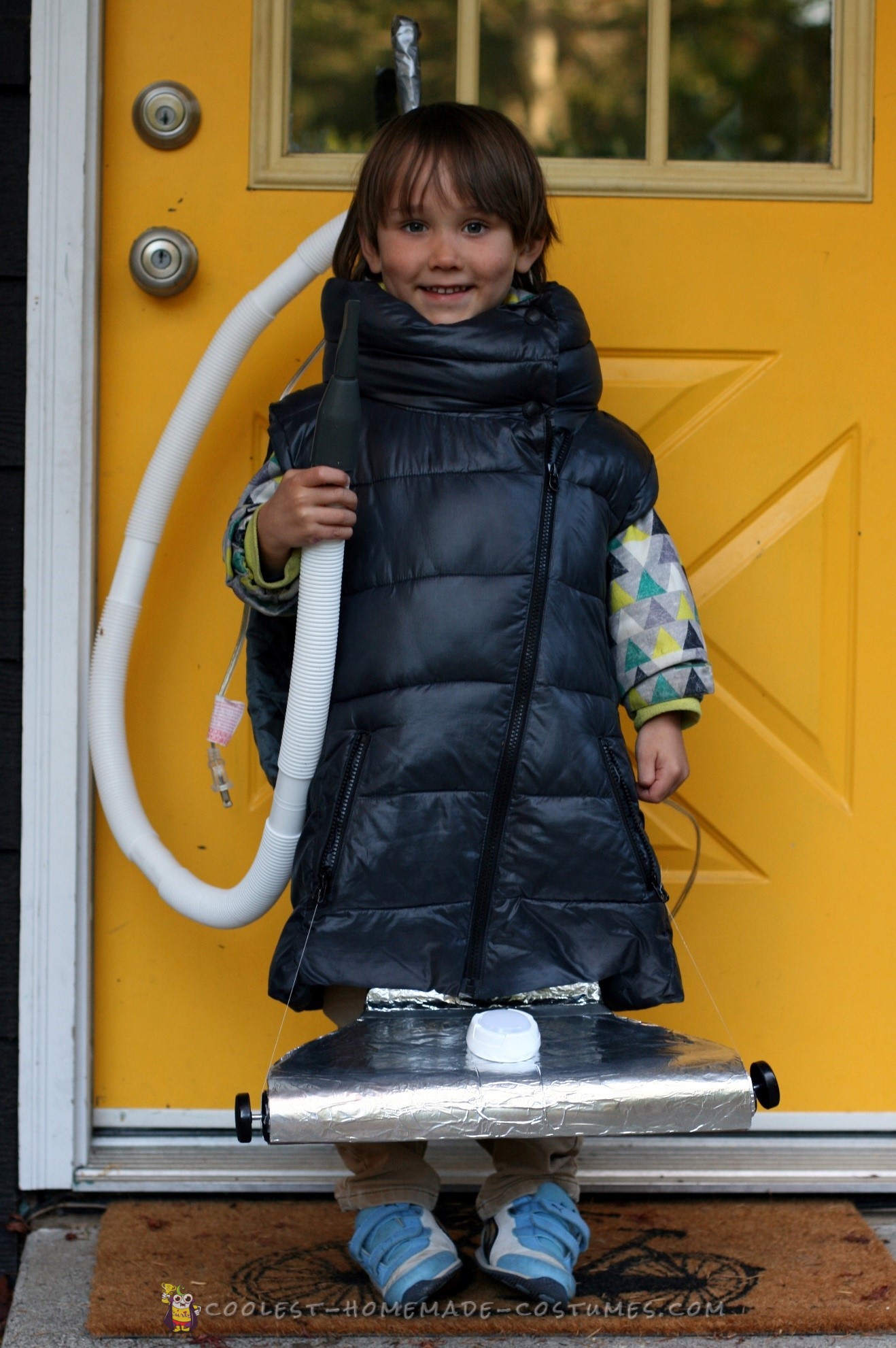 It doesn’t suck literally or figuratively. The literal not sucking is a compromise of my 4-year old son’s original vision of having a vacuum costume that could even suck up candy when trick-or-treating. He settled on a backpack where he could pretend play that the candy got vacuumed. He was thrilled with the result and we had a Halloween full of good clean fun!

I usually ask my kids sometime in September what they are thinking of being for Halloween to give plenty of time to think through the DIY process (they have big ideas!). This year my youngest gave me plenty of lead time as he declared back in the spring that he was going to be a vacuum. This came as no surprise as he’s a lover of all small appliances, but especially the vacuum cleaner. When we go to other people’s houses it’s not long before he locates their vacuum and checks out all the features of the thing. We were thrilled with his choice because it so represents him – and presented a wonderful DIY challenge. How does one make a vacuum cleaner costume that fits all the criteria: warm and waterproof for trick-or-treating, able to walk-in, won’t fall apart after a few houses, and cute as heck?

The added layer of complexity with his costume is that he wanted to be involved every step of the way, which I learned during the process. I’d been puzzling over how to make the bottom of the vacuum lightweight and not in the way for walking. One evening after he was in bed I played around with a cereal box and came up with a concept I thought could work. Excited to show him the next morning, I was surprised when his reaction was to start crying and declare with indignation: “You worked on it without me??!!” From there on out I worked only with him at my side.

With the exception of my first visit to our local thrift shop for the coat which would become the vacuum bag, he came with me for every errand hunting down the perfect pieces. Home Depot is where we found a tube, a stick for the handle, and the magic touch: the battery-operated click light. Many in our social circle knew this costume was in the works and were so excited to see his dream of being a vacuum come true. His preschool teacher even cut off the cord to an old lamp that no longer worked and gave it to him because he’d let her know that his costume was almost done except for it still needed a cord.

Originally, I’d planned to use my sewing machine to alter the coat into a sleeveless vest and attach the backpack. I settled on the best DIY tool: duct tape. After we cut off the arms of the coat (boy did he think that was fun!) we securely tape seamed the inside and used lots of tape for the stick and the backpack. The cereal box beater bar was covered in foil, secured with duct tape, hot glued in places, wheels added, and then taped into place on the inside of the coat. The finishing touch detail was to add some fishing line to keep it upright and out of the way when walking.

I wish I had taken video of the day we finished it up and tried the completed costume on for the first time. The brightness of his smile and joy could have sucked away any darkness anywhere! His smile was pasted on all Halloween day as he wore the costume at preschool and later for trick-or-treating. We all enjoyed the reactions from people in the neighborhood as they realized what his costume was. The, “Oh! He’s a vacuum!!” comments came from nearly every house as he beamed with pride as brightly as his LED battery light (his favorite feature of the costume).

All four of us in our family are creative souls – no doubt we will have more DIY costumes in our future which capture our imaginations and hearts. But I have a feeling this one will go down in the books as a favorite and definitely it was a Halloween that did not suck in the least. 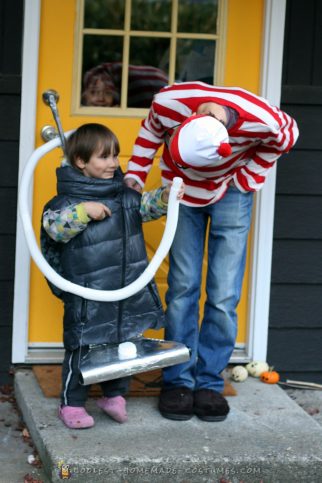 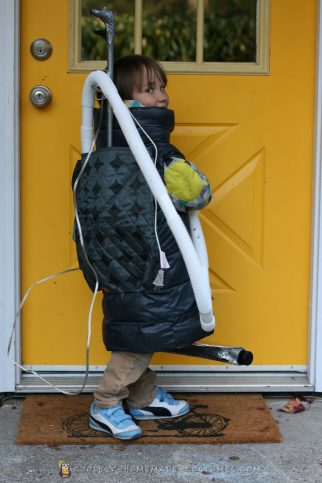 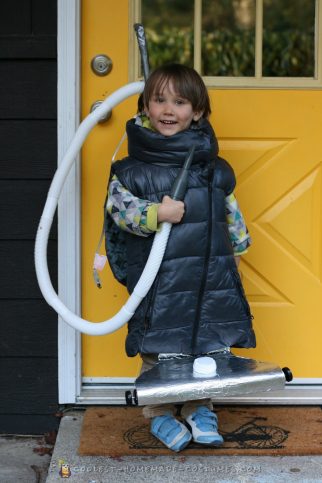