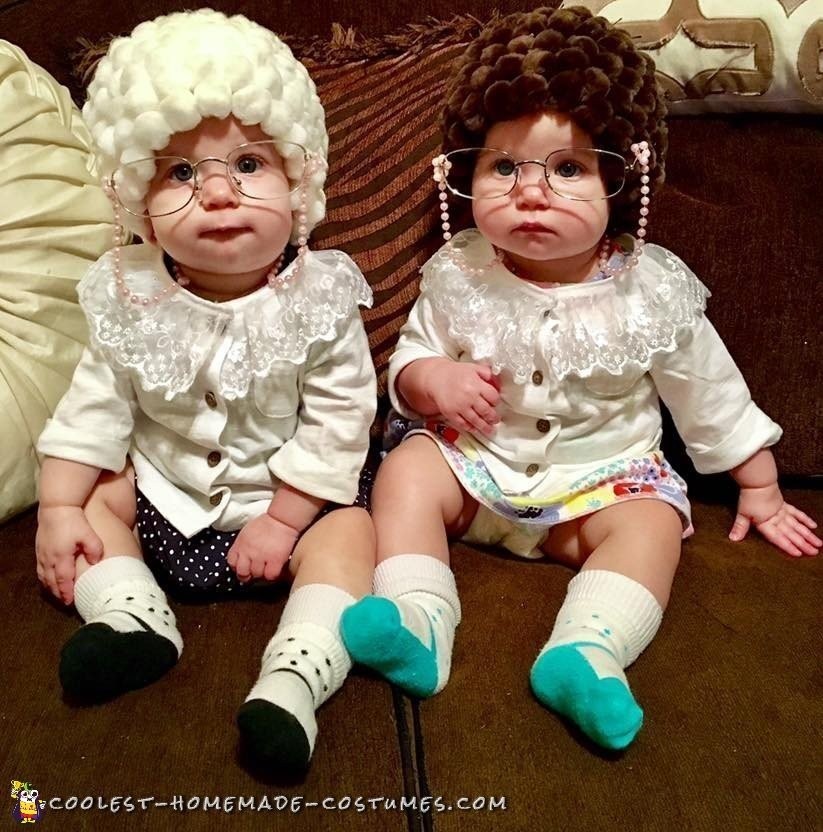 I wanted something different for my twins first Halloween that wasn’t just store bought but also wouldn’t put a huge dent in my bank account. I am a new mom of twins so I had a tight budget for TWO babies. For both costumes, it ended up costing me less than $7 to make! Mainly because I had a lot of the crafty items lying around the house. I started to brainstorm for the cutest baby costumes. And what’s better than babies dressed as grannies? nothing!

The dresses, cardigans ( I sewed the lace collar on really lightly on the cardigans so i could easily cut them off and still use the cardigans after Halloween), and socks the girls already had so that was easy.

The hardest part was the wig. I got a styrofoam ball and wrapped two baby caps around the styrofoam ball tightly. (Luckily, I do crafts a lot and had those handy as well in my closet. Also, the caps we already had as well from hand-me-downs.)  I bought some pom-poms from the store (three packs of brown and three packs of white) and used a glue gun to glue the pom-poms very snugly around the caps in a circular pattern. Let them dry really fast and then I just pulled the cap off the styrofoam ball.

My next challenge was the glasses. I found two pairs of adult reading glasses at the dollar store, popped the lenses out and wrapped some pearls around them and voila! I had my grannies! It was an easy costume to just throw on the girls as well and take back off as needed.

Reactions to the Cutest Baby Costumes

Not only was this an easy and fun project but EVERYONE thought it was funny! We got tons of laughs and a bunch of great pictures to share for years to come! I will be telling them in the future that when they’re old grannies one day- They have to dress up like babies for one Halloween now! 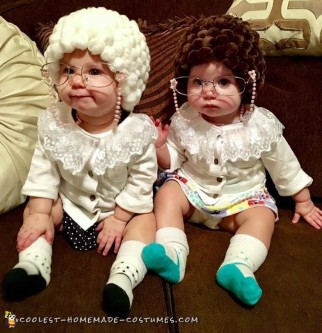 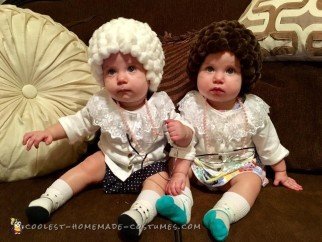