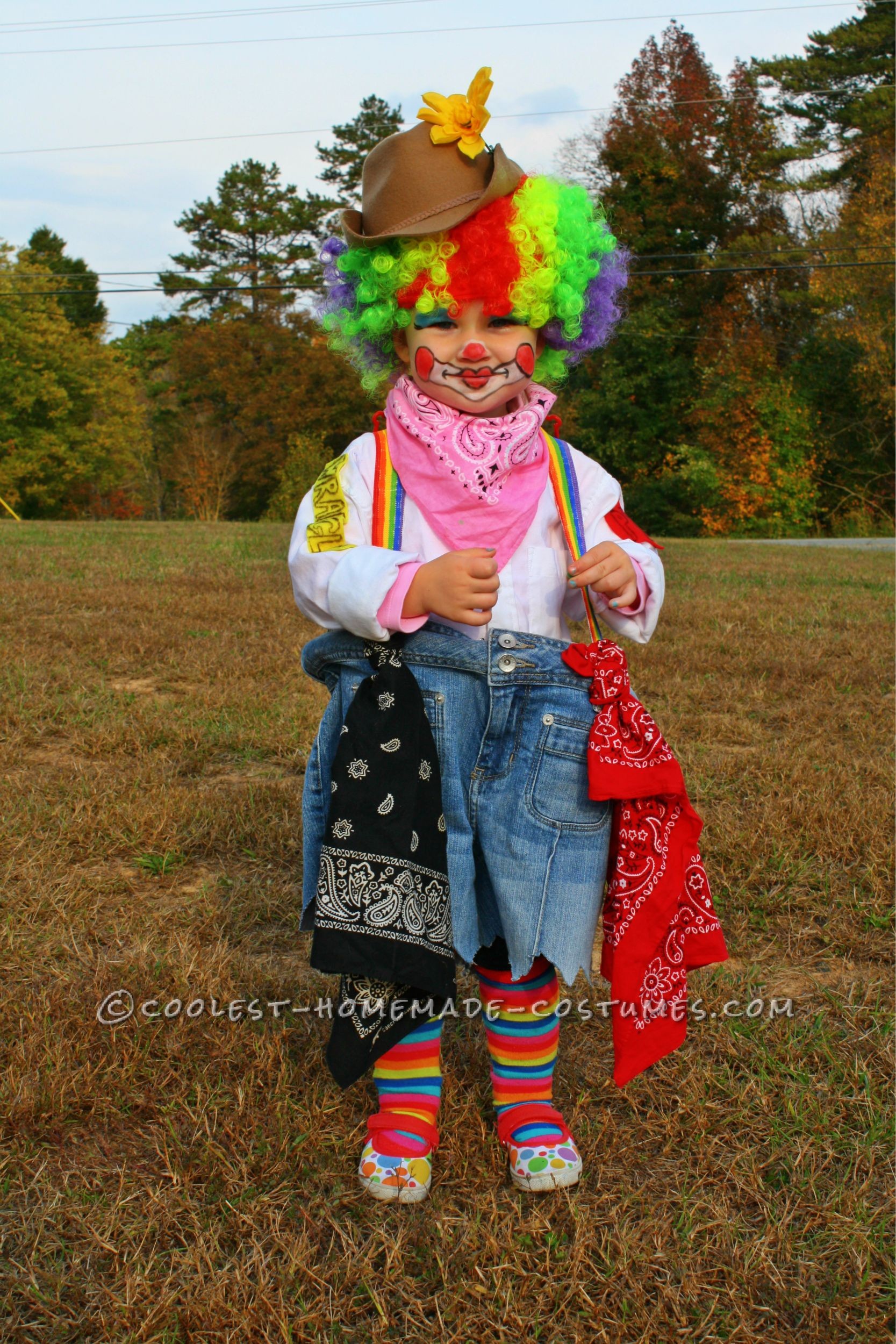 First I took a pair of old blue jeans that were several sizes too big for her and cut them jagged on the edges to the length I needed. I then took flexible water pipe and made a circle, such as a hula hoop, the same size as the jeans when buttoned. I secured the water pipe with a brass fitting just as you would if using it for plumbing. It can be found at any hardware store.

I then took big safety pins and pinned the ring right inside the top of the jeans. I then found a white buttoned up shirt from a thrift store, a pair of black pants, a pair of rainbow colored knee high socks, and a pair of rainbow colored slip on shoes. I took a piece of felt in yellow and wrote the word “Wrangler” on it and cut it out. I also wrote on a piece of red felt “PBR” and hot glued them to the sleeves of the white shirt. It was cold here so I put a turtleneck under the white shirt for warmth.

I took two pieces of wide elastic and painted them rainbow colored with acrylic paint. I then pinned them to the jeans in the front and crossed them and pinned them to the back of the jeans making them look like suspenders. I took 3 bandanas tying one lightly around her neck and the other two around her belt loops in the front. I found a little soft cowboy hat and a clown wig and attached them together and then slid it on her head securing it with bobby pins. I took one fake flower and placed it on the cowboy hat. I took red and white felt and made a bulls eye for the back side of the pants securing it with safety pins. Last I took some face paint and painted her face like a clown. She had so much fun wearing this costume. When she would run it would bounce up and down. It was the cutest thing ever. She is currently entered into a local online contest and is in close running for winning! 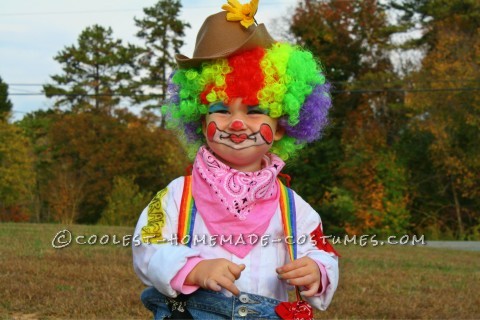 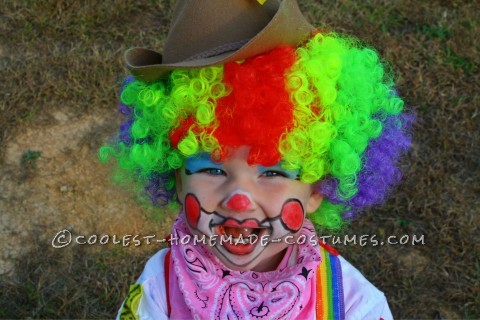 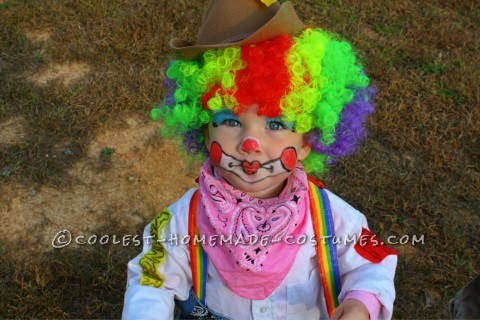 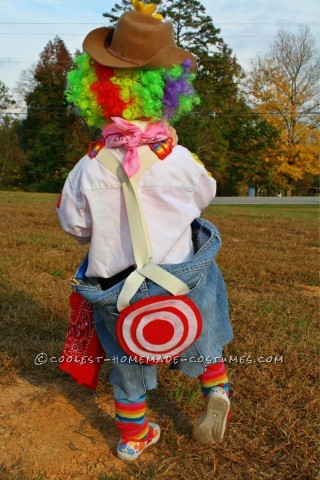