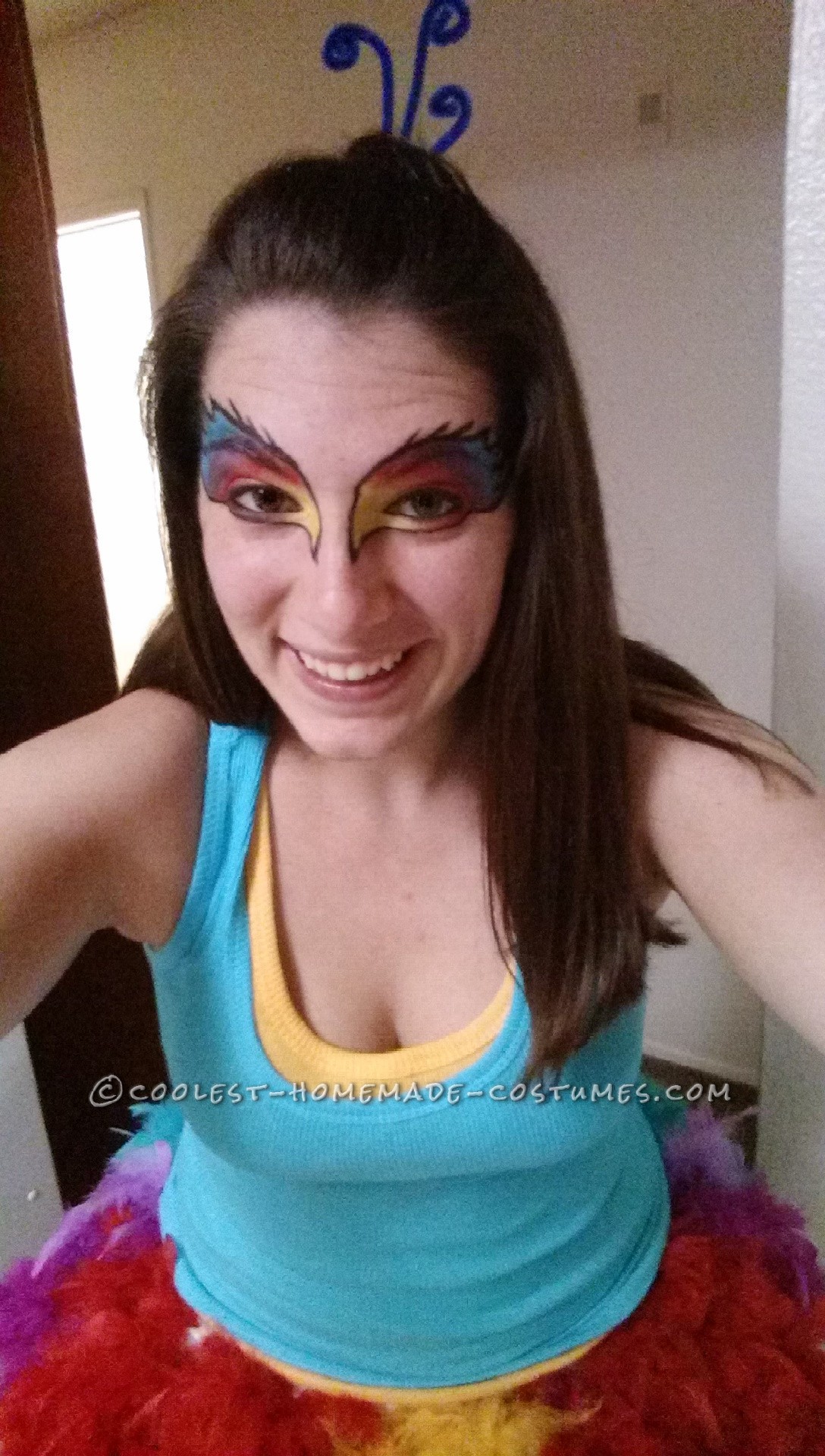 It all started with me trying to decide what to be. With much deliberation, I finally decided I wanted to be something colorful. Who could possibly be more colorful than the bird Kevin from the Pixar movie UP? No one I could think of! I first found the corset online, and it happened to come with a mini tutu/ petticoat which I would later glue the feathers onto. The corset I bought was navy blue with white polkadots. Since I couldn’t find a corset that exactly matched what I had in mind, I painted to dots in a color gradation based on a picture of Kevin. In the center of the stomach I painted yellow dots, then orange, then red, then violet, then blues ending on the back side.

That was pretty time consuming, but here is where it gets messy. I purchased at least four rainbow boas online as well. I cut them up and divided them in the proper color category, matching the colors I painted on the corset. Cutting these boas, I had feathers ALL OVER the apartment and the apartment complex (no regrets). I used hot glue with a hot glue gun to attach the different colored boas to the tutu/ petticoat that came with the corset. The tutu provided extra fluff along with the feather boas so the skirt was plenty poofy and wonderful.

For my face I found a tutorial on YouTube by the user goldiestarling as my inspiration for face painting. I used the face paint crayons that come in the Halloween packs at the drug store. I started with the black outline, coloring yellow in the centers towards my nose, then red, then blue. Blending with my finger, I was able to give off a rainbow feel so the lines between the colors were not as harsh. I then took matching eyeshadow and packed it on top of the face paint to prevent smudging and help set the color. After I finished the color on the inside, I took a black face paint crayon and cleaned up the black outline, adding whispy feather like things around the edges. For my hair, I bobby pinned my fringe back and took royal blue pipe-cleaners and curled the ends with my fingers, I pinned those up behind my head as well.

I chose to leave my arms bare, but on my legs I had nothing more than simple black tights and a pair of Keds which I already had. Any color shoe will do for Kevin’s feet but I chose bright blue with violet laces, matching my feather skirt. While many people did not exactly know what I was, people did figure I was a bird of sorts. The most frequent guess was peacock, which is not even close to the same color scheme. People did love my costume even more once I told them who I was, it seemed to click in their minds. The price of this costume roughly equals that of a store bought costume, around 60-70 dollars (US) total. For those of you who may not want to have or wear a corset with this costume, I have included pictures that achieve the same thing using two tank tops, one golden yellow and one bright blue. 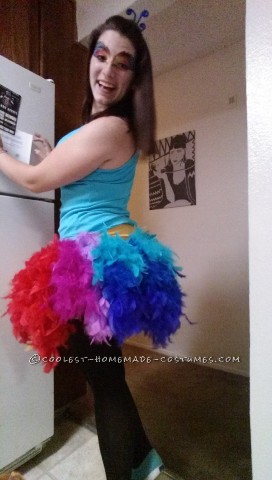 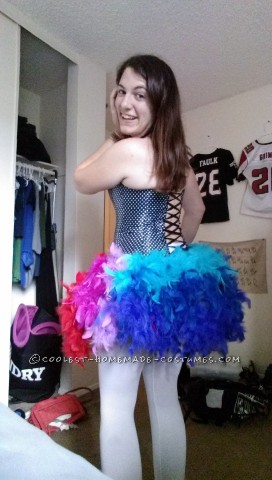 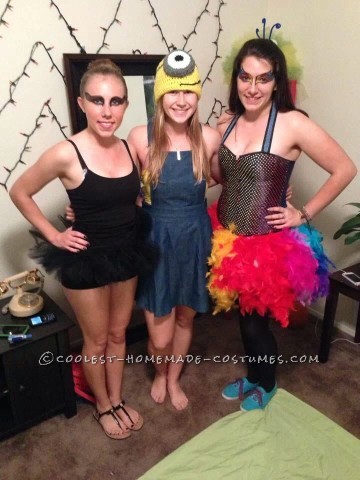 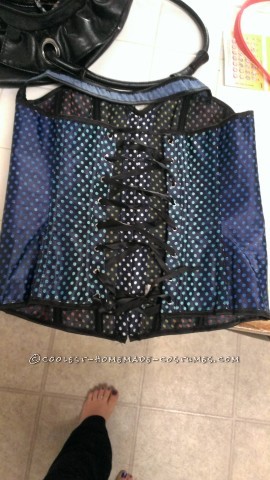 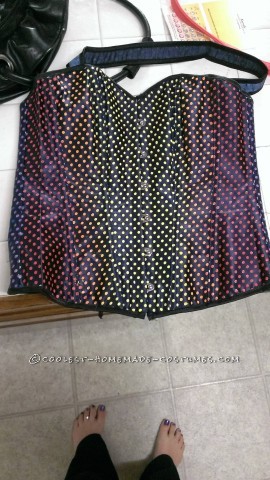 Great Couple Costume Idea: Kevin and Carl from Up!

Cute Couple Costume: Kevin and Russell from Disney Pixar’s Up