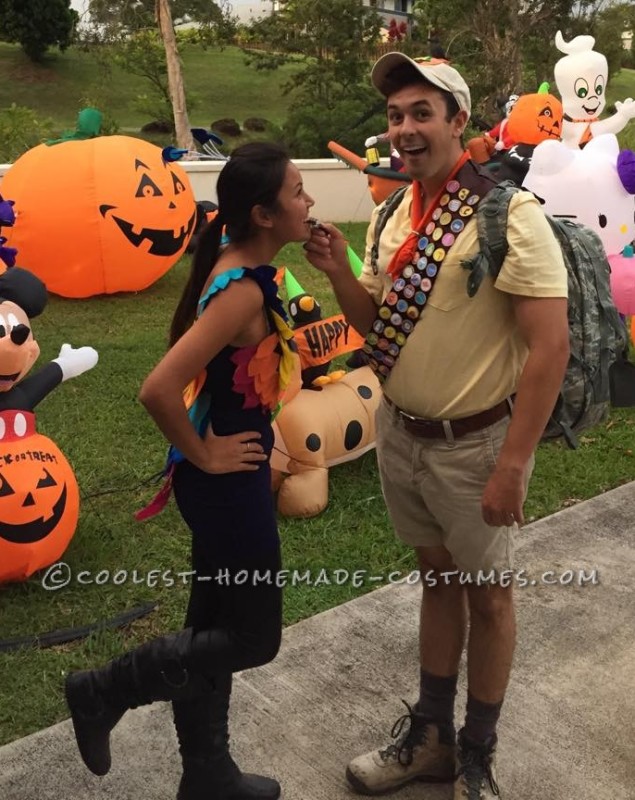 My boyfriend and I decided that we wanted to be the characters from “Up”. Initially, I was going to be Russell and he was going to be Mr. Fredricksen, but I changed my mind and decided to make a last minute Kevin costume two days before Halloween! A lot of the materials that we used were things that we had around the house.

I made Russell’s sash from brown material and I sewed the wilderness explorer logo over a beige hat that I already had. I printed and cut out his badges and glued them onto his sash. I also made a grape soda button by printing it out and putting it to onto a bottle cap with mod-podge.

For the Kevin costume I already had a blue dress, so all I did was sew on feathers that I cut out of felt. For the feathers on my head I glued felt to pipe cleaners and attached it to bobby pins, which surprisingly did a good job at keeping my hair in place. I also made a beak out of feathers, but it didn’t work out too well so I didn’t wear it much.

It was really fun dressing up as Kevin and Russell because we could really get into character. Since Kevin loves chocolate, my boyfriend kept feeding me chocolate bars like they did in the movie. 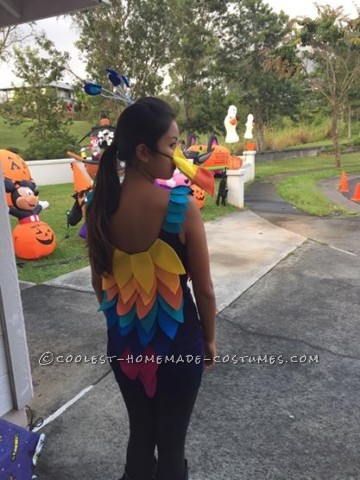 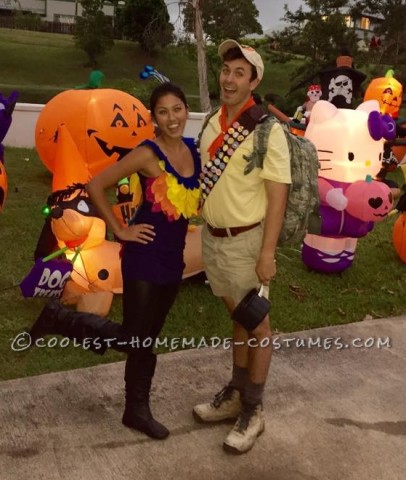 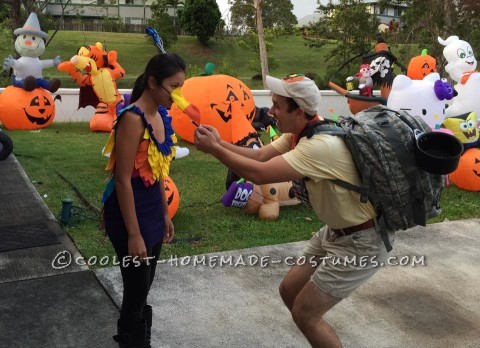