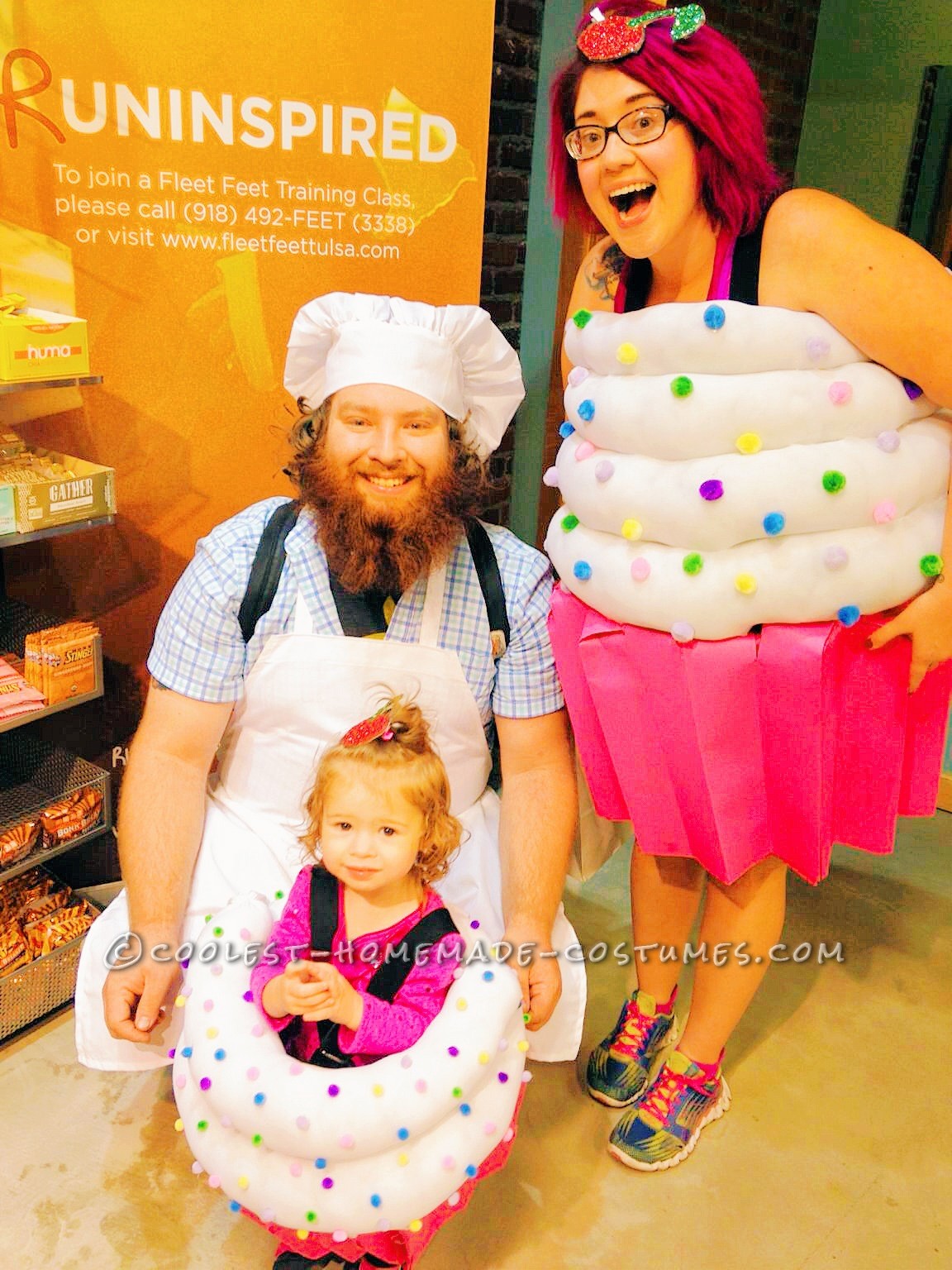 My family decided to be cupcakes with my husband, Andy, being the baker. I was set on dressing up our daughter, Lady, in a cupcake costume this year. I started looking on Pinterest early so we could get a head start. I went through the different costume ideas and pick and chose what I liked about them to make our own.

To make the cupcakes we just used a small laundry basket for my daughter and a larger one for myself. My husband cut out the bottoms of them and I glued pink poster board we had folded up to look like a cupcake wrapper. For the icing we stuffed pantyhose and glued them on top of one another. For the sprinkles we hot glued pom poms onto the pantyhose. We used a ton of hot glue on everything because I didn’t want it to fall apart on Halloween night. To complete the outfits, we put suspenders onto the laundry baskets. The costumes held up well through trick or treating and my daughter falling in hers several times.

We went to a Halloween costume party downtown and we could hear people laughing or saying “awww” as we crossed the street. My daughter hated the costume at first and just cried but the costume was so adorable she looked cute even crying. She finally came around to the idea of being in it when she saw other children her size there. She got excited and tried to run around but ended up falling and was stuck like a turtle on its back just waving her arms. All she could say was “uh oh.” Everyone there was cracking up at her. Afterwards we went to a local pizza place and the staff clapped for us as we came in and then we had a couple of people come up to us asking where we got our costumes. The costume was very bulky to transport and even walk with but I would totally do it again. Everyone seemed to love it and it was fairly easy to make. 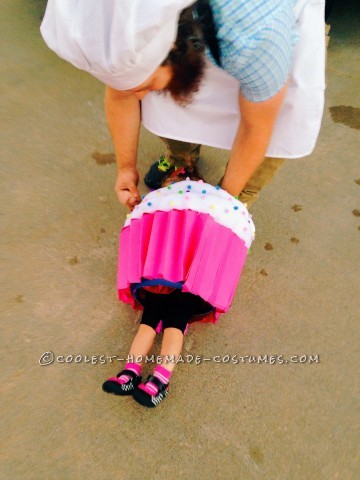 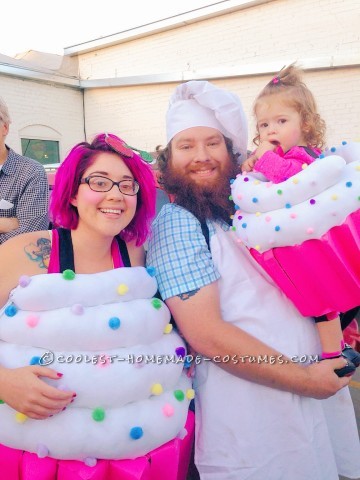 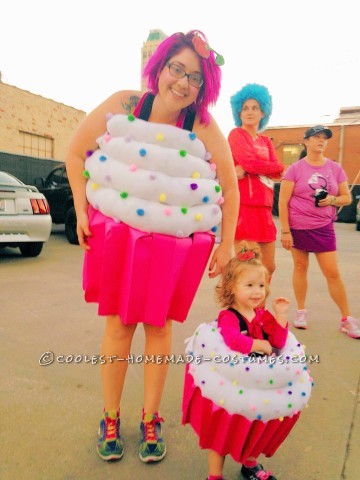 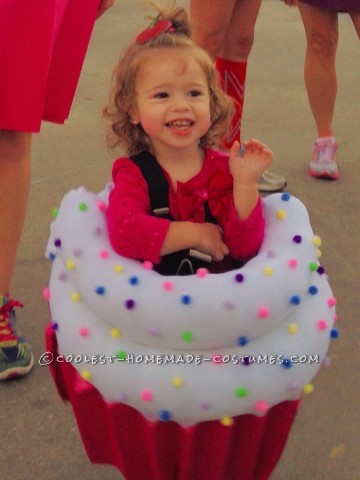