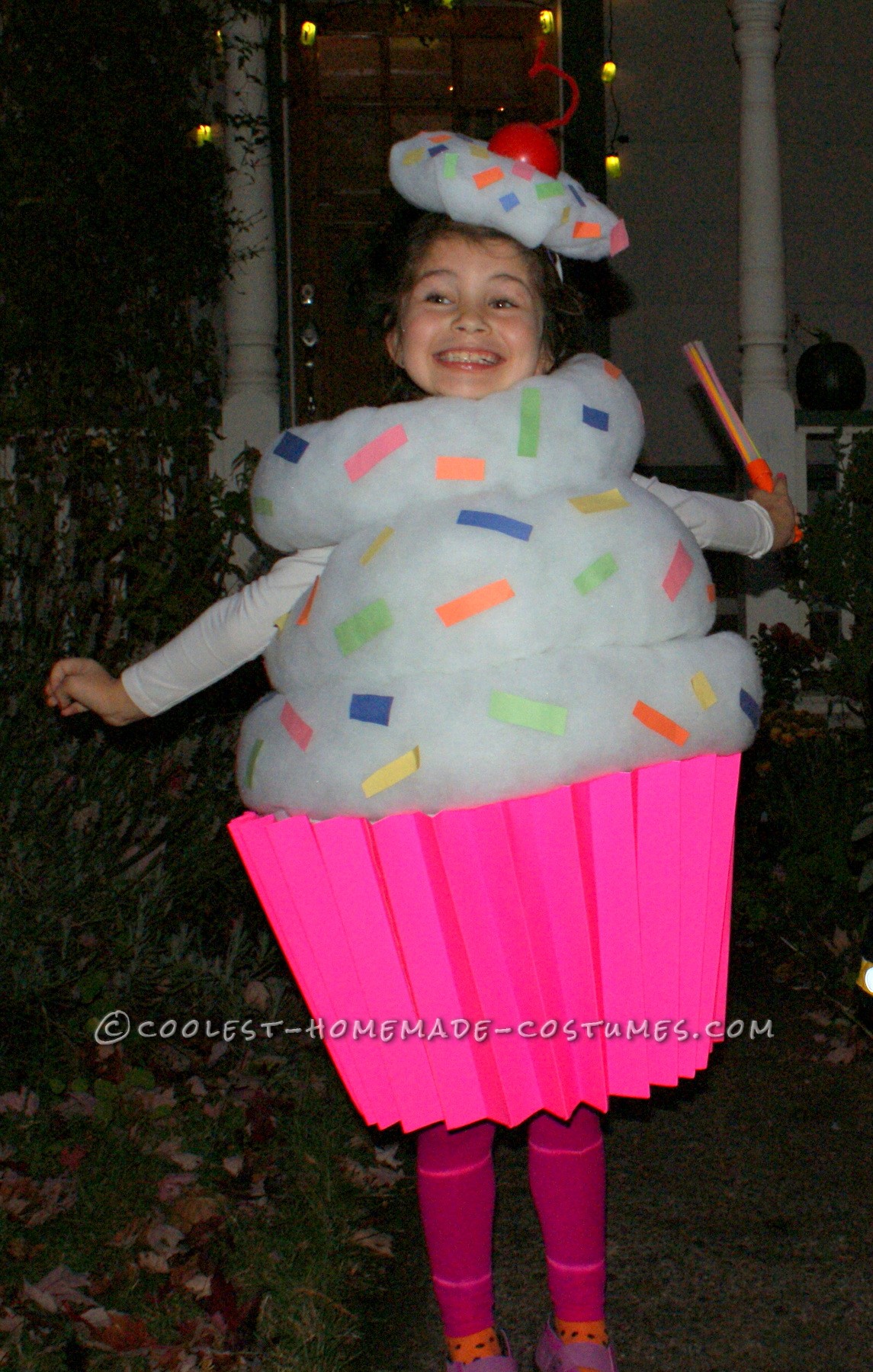 There are not a ton of cupcake costume ideas on the internet, so I combined some and thought some ideas up on my own for my daughter’s cupcake.  Everywhere we went, she had people commenting on what an awesome costume it was.  She was beaming the whole time.  A few people answering the doors we knocked on said it was the best costume they had seen all night.  And I had to agree!   It turned out perfect. 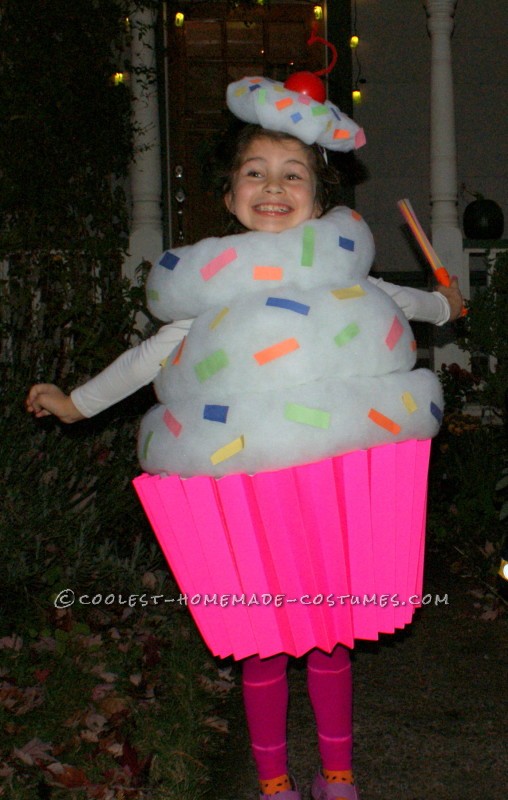 I used a little circular laundry basket from the Dollar Tree and cut out the bottom of the basket.  I used a Dremmel, but I think heavy duty kitchen shears would work.  I also cut notches out along the edge for the suspenders to clip on.  I found kid suspenders at Goodwill and they worked great to keep the costume on.  I used poster board from also from the Dollar Tree and folded it like an accordion.  I then hot glued them around the laundry basket. 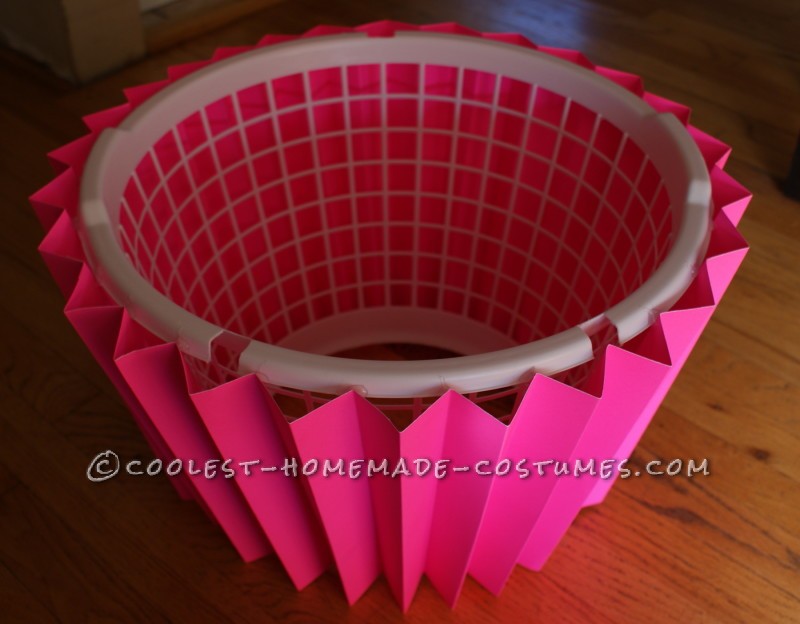 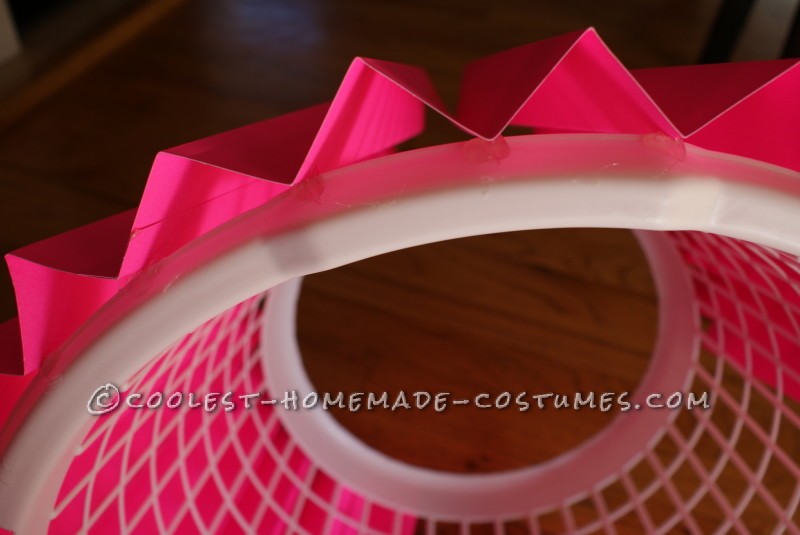 I took quilt batting and cut into strip and glued it into three tubes.  Be careful if you use hotglue, it goes right through!  Then I stuffed the tubes with stuffing and glued the ends together to make three rings.  I made each one a little smaller than the last, with the smallest one going on top.  Then I glued them onto the laundry basket.  I left unglued areas underneath the top tube for her arms to go through. 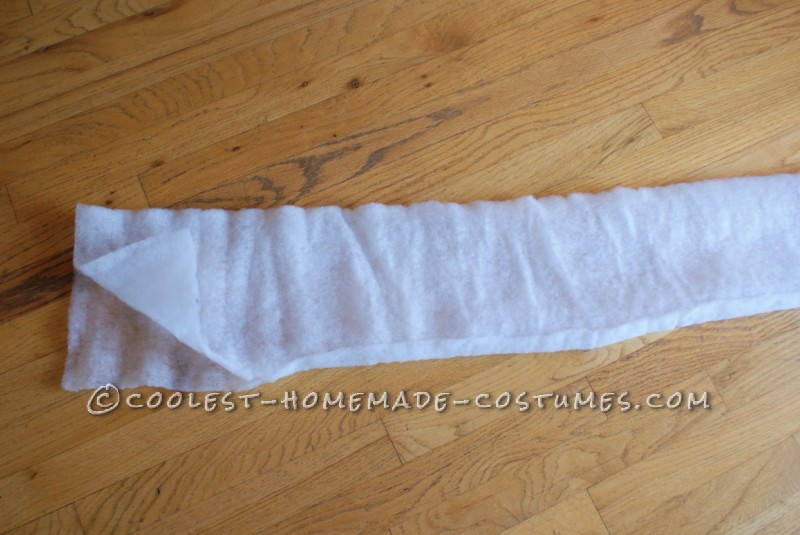 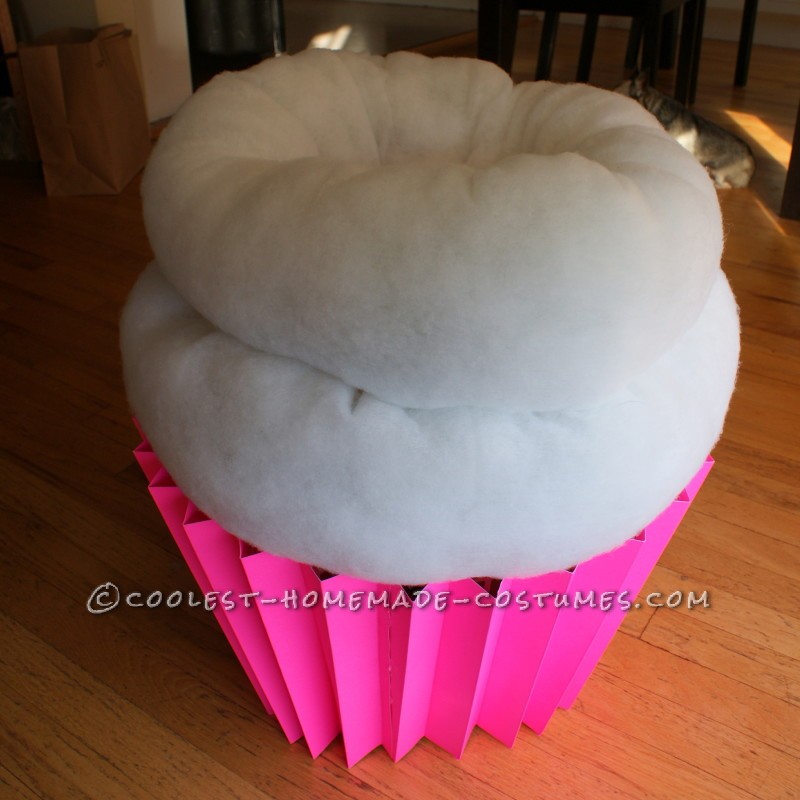 I glued some batting around some stuffing for a dollop of frosting to go on her head.  I then glued that to a headband and glued a red squishy ball with a pipe cleaner in it, for a cherry on top.  I cut out sprinkles from construction paper and glued them all over.  She wore a white tee and colorful tights underneath.  Delicious! 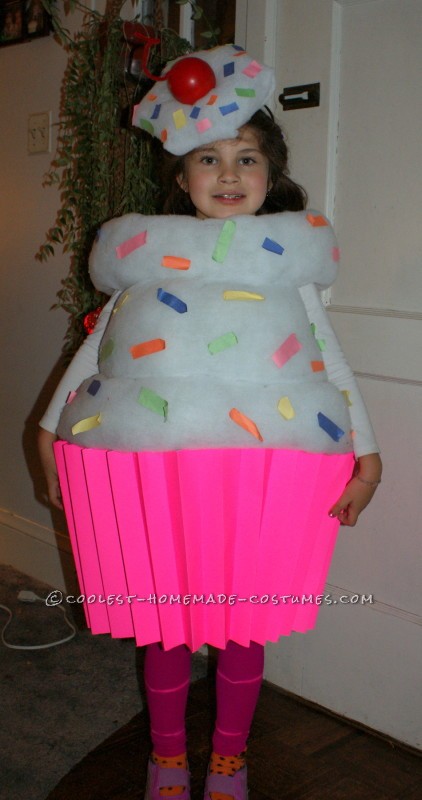 2 thoughts on “Best Homemade Cupcake Costume for a Girl”