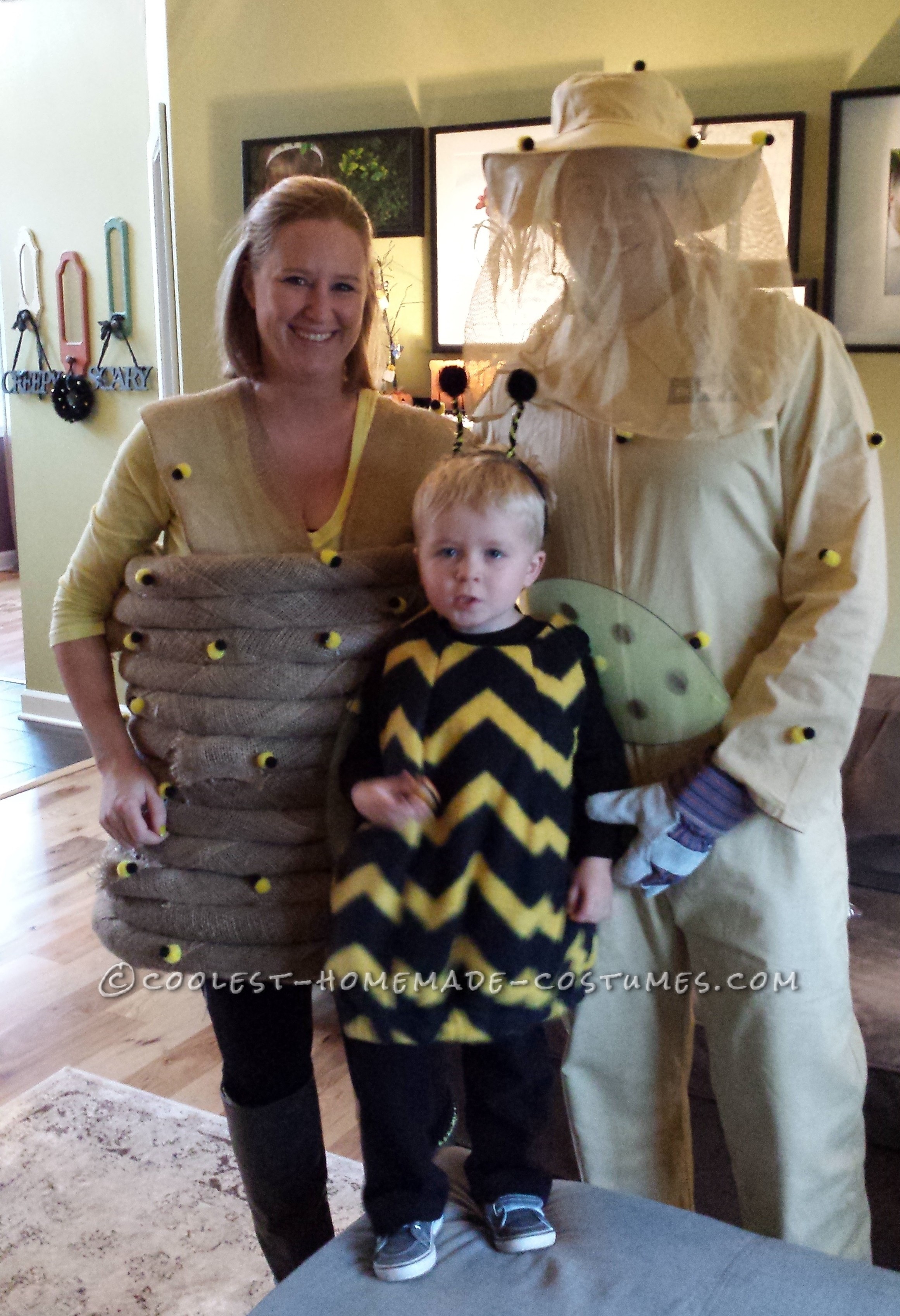 We decided to be a Bee family for Halloween this year with my son as the bee, mom as the bee-hive and dad as the beekeeper. My son’s name starts with a B so we often refer to him by his first initial so it seemed quite fitting!

To make my son’s costume, we found some zigzag black and yellow fabric and sewed together a romper type outfit. I made his antennae by spray painting a girls headband black and then using pipe cleaners and pom-pom balls to make each antennae and then he wore some wings.

Dad’s beekeeper costume was pretty simple since it was just a standard painters get up that was customized a bit to make it look more like a bee-keeper with netting and he wore gloves . I made some “bees” by gluing a small black pom-pom to a larger yellow pom-pom.

Mom’s bee-hive costume is especially fitting because I am pregnant with our second child, so I really am the hive for our little bees!  It took a little creativity and wandering in the halls of a home improvement store to come up with the best way to make it. We ended up finding some black pipe insulation that resembled smaller pool noodles. I wrapped burlap around each piece of insulation gluing it on as I went with my hot glue gun.

I then glued all of the pieces of insulation together to resemble a hive that fit around me. The straps were just made from extra scraps of burlap that I glued on. Then I glued on more bees made with pom poms all over the hive. Believe me when I say A LOT of hot glue went into this costume! The best part was that there were some drips of glue running down and it actually ended up looking like honey dripping so it worked out pretty good.

Our son was super excited that we all dressed up and was buzzing around and kept running from dad so that the bee keeper couldn’t get him. It was fun to put it all together! 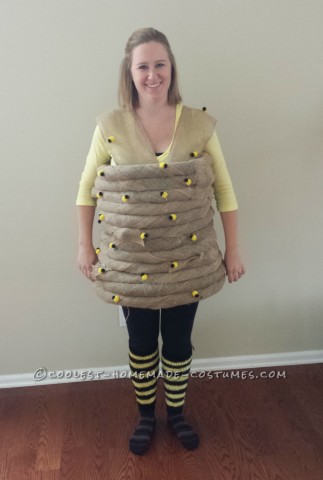 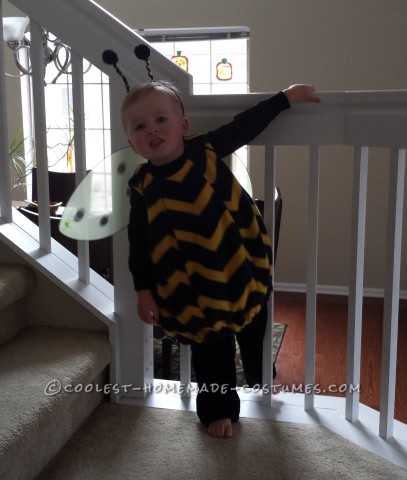 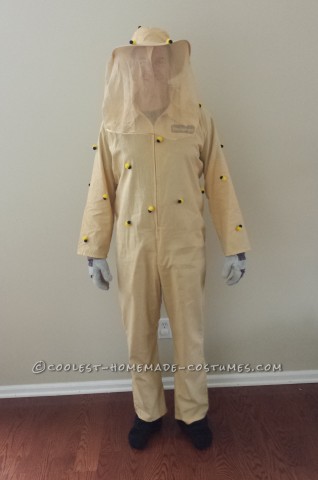 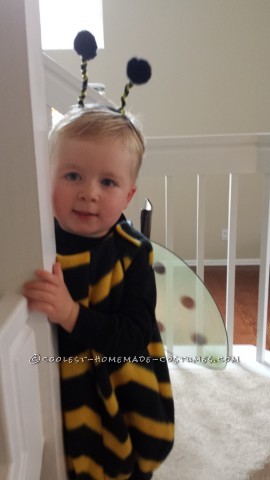