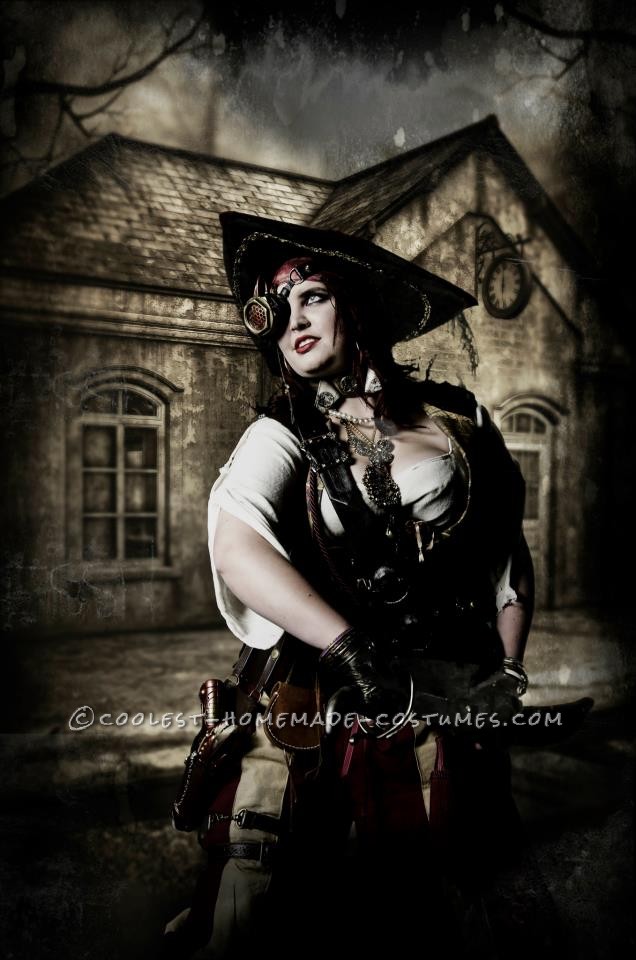 This creative Steam punk Pirate Captain halloween costume I made for Halloween last year and also for use in a Steam punk costume contest. I wanted to create a Steam punk airship pirate captain in a similar style to pirates of the Caribbean. This is what I came up with.

First I made the bloomers with an old pattern I already had. I couldn’t find any striped fabric I liked so I made the bloomers in the red fabric and sewed on the cream stripe. Then I made the shirt. I didn’t use a pattern for this, I just wanted it to look well worn. The corset was an old one I already had. Then I made a waist coat to go over everything. Again I didn’t use a pattern for this I just made it up as I went along. All I knew was that I wanted it covered in buckles! It’s also lined in map fabric I ordered especially from ‘spoonflower.com’.

The weapons/accessories she had are a mix of home made and bought ones. The sword was bought online (it’s a proper replica pirate sword) and I made the sword belt myself from vinyl, buckles and metal rings. Then I made a tool belt the same way and went crazy buying things to hang from it. Some of these things include: a boatswain’s whistle, a compass/sundial, a watch bob with exposed gears and of course a hip flask (for my rum!)

Lastly I made my bionic eye patch which has a light inside which glows green. I also had a separate attachment I kept on my belt which was my ‘telescope attachment’. I won’t give away my secret to this but it uses a bunch of plumbing parts!

This costume has been fun to make and It also worn the first heat of the Steam punk costume contest it was entered into. I also wore it to a kids birthday party and it was a hit! 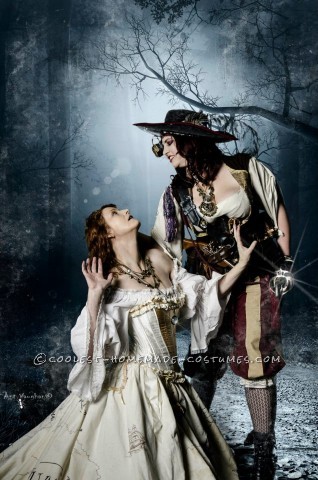 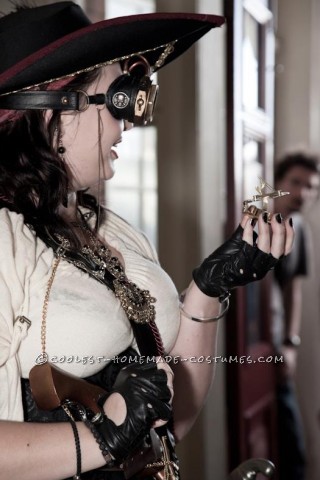 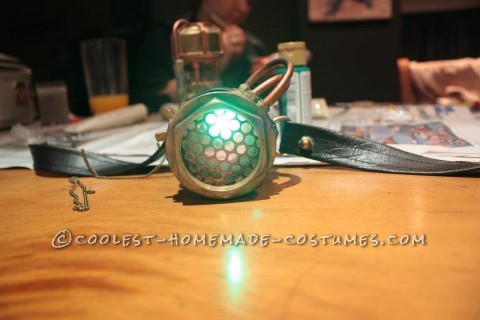 Cool Woman’s Steampunk Costume: The Lady Captain of the Ark