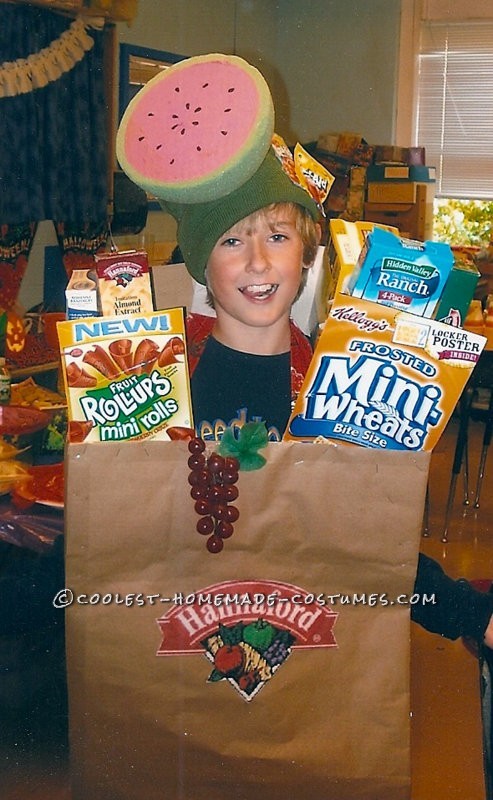 My grandson Justin came to me and said he was tired of the same old halloween costumes and wanted something really different for his last year in elementary school for their Halloween parade.  We sat down and did some brainstorming and came up with the idea of a bag of groceries.  .we took brown paper and taped it onto cardboard and made straps for over the shoulders and then straps on the sides to keep it from blowing open if it wa windy for the parade.  Then we had to go about taking as many bags out of cereal and chips and things as we could so we just had the front and back of the boxes to glue to the inside of the bag, back and front.  then we had to figure out what to put on his head and his Mom came up with the idea of a hat with a piece of styrofoam painted like watermelon glued on top, it was also his Moms idea to hang the grapes off the front of the bag.   He was a big hit at school that day it was easy to put on and take off.  We think he deserves first prize.