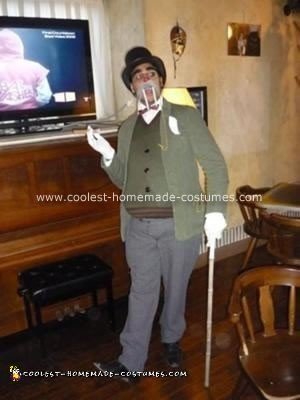 Hello, my name is Deejay, I’m 21 and I live in Monfalcone, a small town situated on the Northern tip of the Mediterranean Sea, in Italy.

In our country we have an old secular festivity called ‘Carnevale’, coming from ancient Medieval feasts, which lasts a week: from the “Fat Thursday” to the “Fat Tuesday” (40 days before Easter).

This year, my college classmates and I decided to dress as the “Alice in Wonderland” cartoon characters, but, as college students we don’t have much money to afford ready-to-wear costumes, we decided to create them!

The heads of this project were me and the twins, Boris and Omar, two friends of mine, one attending to the Molecular Biology Faculty of the University of Trieste as I do, the other studying medicine (you should guess the characters they chose…lol!).

We had Alice, the Cheshire Cat, Tweedledee and Tweedledum, the Mad Hatter and the March Hare, the Queen of Hearts and the White Rabbit, the Caterpillar, a Card and of course, The Walrus and the Carpenter! It was a pity not to have persuaded other friends to play the vacant roles such as the Dodo, the King and other Cards…

Anyway, every character matching was due to a personality likeness to the person, and it fitted perfectly as all the people who saw us were enthusiastic to see how we were similar to our alter-egos!

Personally, I like very much the disgraceful character of the Walrus, although in a disillusioned way, because of his infamous treachery, perverse gluttony and insatiable greed, not to forgot the last part of the story in which he demonstrates a double sanctimony towards both his victims, the Little Oysters and his partner, the poor Carpenter. I was interested to be the Walrus also because of his appearance, which suited to my physique, being not too skinny!

I went shopping back and forth for a week, but I got the right clothes, as you can see. I used:

For the make-up I used:

* black and a red body pencils (2 Euros)
* a pair of false mustaches (1 Euro)
* a pair of white pencils stuck on my upper lip beneath the mustache.

I was lucky because my skin complexion was similar to the Walrus’s (my parents are indo-mauritians), so I didn’t have to colour my entire face!

As You can see, I spent less then 30 Euros for a wonderful Walrus from Alice in Wonderland costume, thanks to our creativity (and lack of money)!

In the Photo you can see me in one of my best poses! Then in the others I stand with my mate, the Carpenter (played by a girl who decided to join us just the day before our party, so we managed to manufacture a costume with a lumberjack shirt, a pre-natal overall bottom, a rubber hammer and a newspaper hat), and at last with all the company together!

This was really fun to make, certainly better than using purchased costumes, and even funnier to wear and to act with! I’m sure we will do it again, obviously with another theme, but personally I think that this was the best by years! 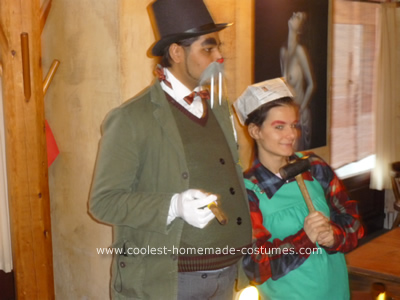 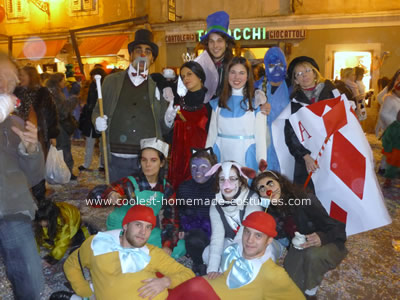 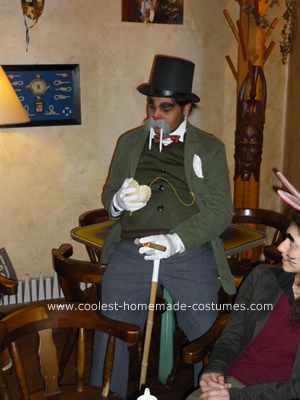