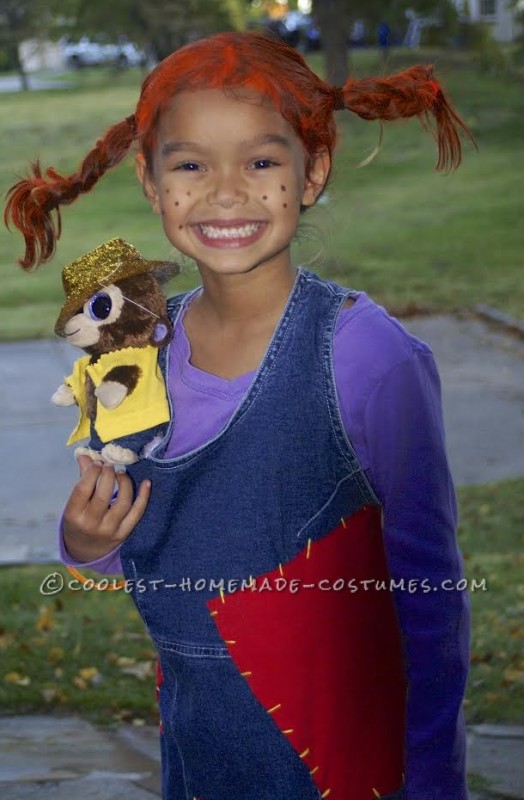 My first-grader was just reading the Pippi books and loved the idea of dressing in a Pippi Longstocking costume for Halloween. I wasn’t sure how to go about putting together the costume, so I followed many of the instructions on this website.

How We Made the Costume

How We Shaped the Braids

For the Pippi braids…

So many people (especially older girls, which she loved) stopped while trick-or-treating to compliment her on her costume. The best part was that later in the school year they had a “storybook dressup day” and she got to wear the whole get-up again!