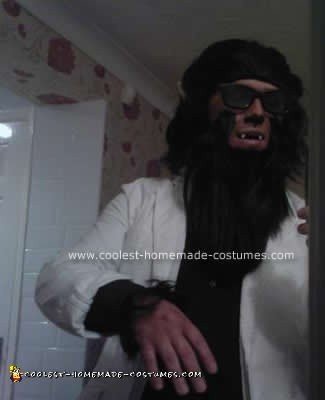 This year my friend had a Halloween party, we had it the week before so I made a Homemade Teen Wolf Costume inspired by the prom scene from the original 1985 film.

The hair: I bought a love guru wig and beard set from ebay and customised by making shorter and attaching some flesh coloured pixie ears, purchased off ebay also. I took the elastic pieces from the beard as the beard was too slack. I cut up an old foam latex appliance into strips and glued these to the rear of the beard to enable me to stick the beard to my face using spirit gum. I then glued hair to some more foam latex pieces so I could stick these on my cheeks to give the full wolf effect. This works a treat and gave a very realistic look.

Before glueing the hair to my face I applied snazaroo light brown face paint and used black eye liner to the underside of my nose to create the wolf look. I glued the spare hair I had cut from the wig to attach to the cuffs of a plain black shirt to give the effect of wolf hair on my hands.

I already had a white blazer, but found it virtually impossible to find cheap white trousers to go with the jacket. I did eventually find some, they came the day before the party and were the wrong size and they were cream, so decided to just go with black trousers. I brought it all together by using some custom fangs and a pair of old 3d glasses!! The outcome was great and looked pretty close to the real thing. 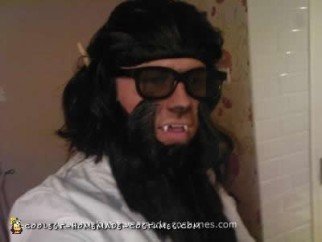 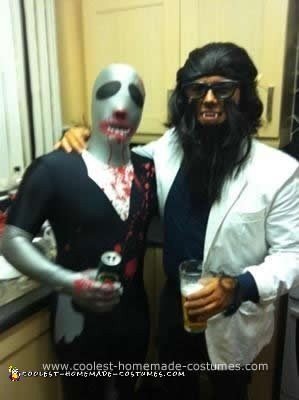 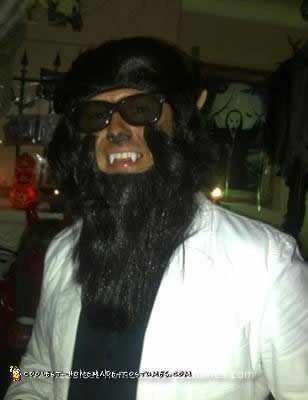