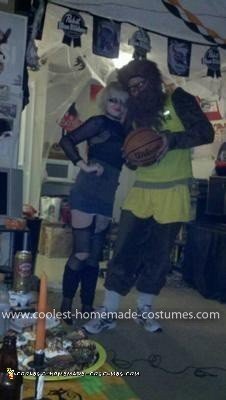 For the facial hair of this Homemade Teen Wolf Costume, I bought a caveman wig off amazon.com. For the arms and legs I bought a couple of yards of fake fur from the Fabric Depot. My girlfriend sewed them into leg and arm sections that I could wear and then sewed the legs to my underwear and the arms to a throwaway undershirt.

I lucked into finding a pair yellow short sand a white jersey at a second hand store. I bought some fabric dye and dyed the jersey yellow then looked at a picture of the font on the jersey online as I traced it freehand with a pencil then filled it in with a marker.

Bought some werewolf nails and the double sided tape they came with was worthless so I super glued them on, which wasn’t that big of a deal getting off later using nail polish mover.

Put some brown make up on my face and called it good. My only regrets is that I didn’t have any 80’s style socks with the stripes and bought the $2.99 werewolf teeth instead of the good ones which I didn’t even bother using because they make it impossible to eat, talk or drink.

Not sure why everyone else uses yellow sweatbands because it’s not in the movie. 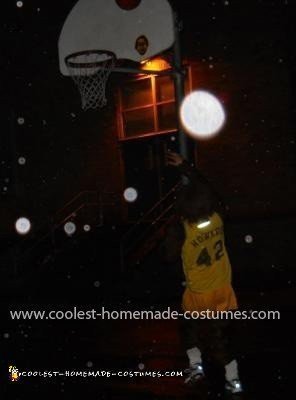 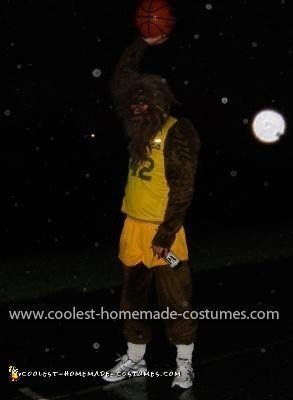 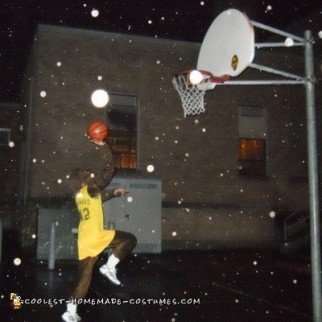