Body:
The only “bought” elements of the main outfit were the yellow vest and shorts from Amazon, the top arms were made from ‘upside down’ ten leggings with the crotch cut out for my head (sounds wierder than it is). I used a “viking wig and beard set” from Amazon by cutting all the hair free from the wig and then glued the hair in layers onto the arms, then glued remaining hair from the wig to the legs of a second pair of leggings, (only need to apply hair where the shorts vest and socks dont cover.

Head:
A second wig and beard set was then trimmed to suit, and “vampire tooth caps” were bought from Amazon, I decided not to use any prosthetics on my face, and opted instead just for make-up, on the origial MJ Fox Teenwolf, the prosthetics were very very subtle especially the nose, I had concerns that adding a prosthetic would be too OTT.

I got awesome feedback and my Homemade Teen Wolf Adult Costume definitely caused a stir at the party. 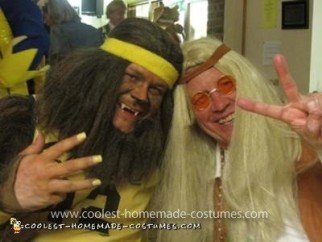 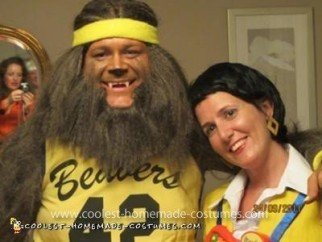 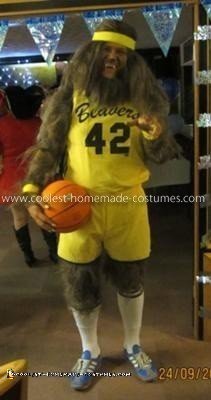