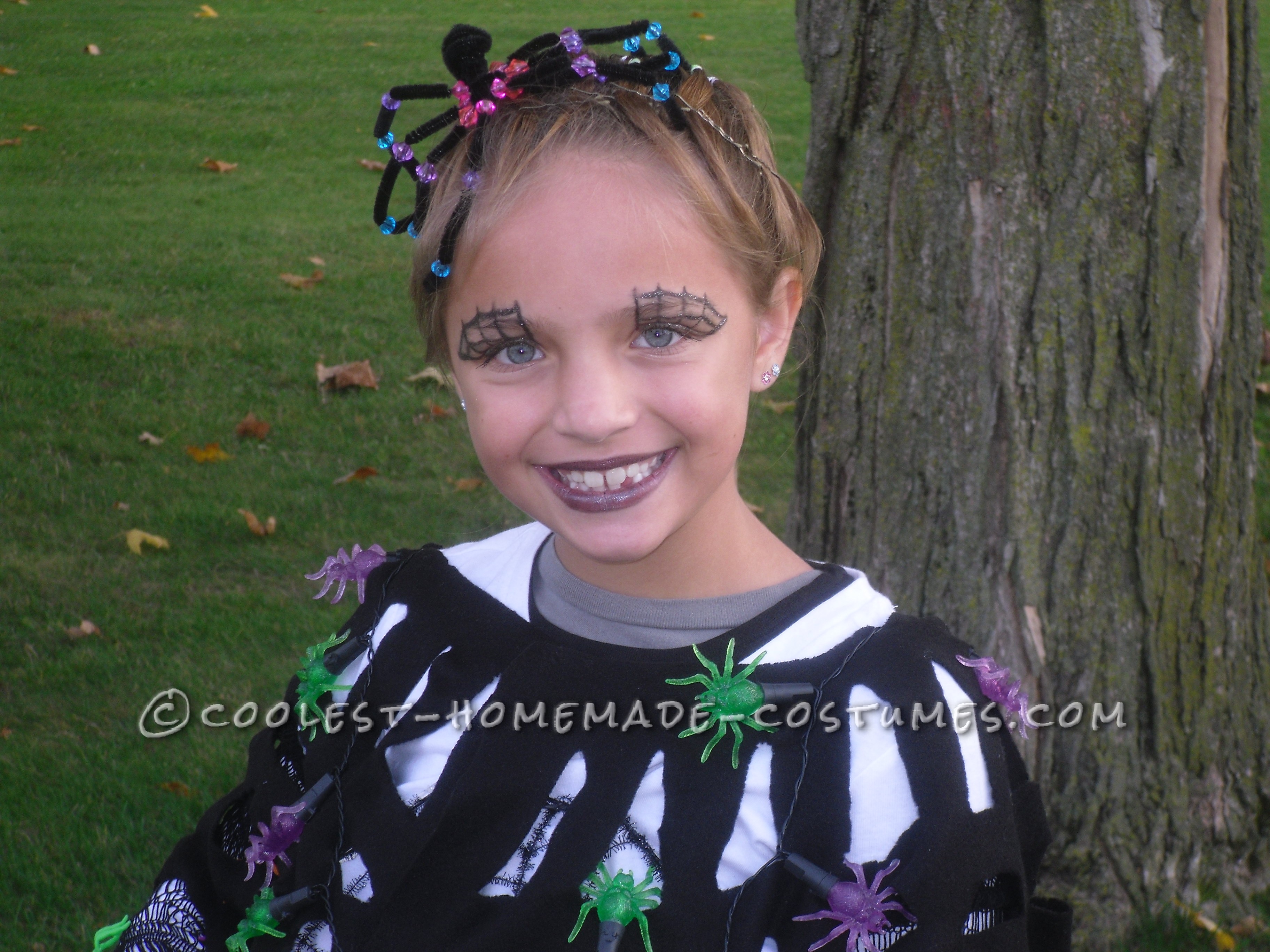 It’s very difficult to come up with a costume for a 9 year old girl that both mother and daughter can agree on that doesn’t require a lot of sewing lol.  I make my kids costumes every year and every year it gets harder and harder to come up with something that’s completely unique and original.  This years costume turned out AWESOME and it was very simple!

First of all, I started by making a spider out of pipe cleaners and beads for her hair.  I then did some research to come up with a hair do that looked like a spider web.  I used black eyeliner to draw spider webs around her eyes and then went over it with glitter eyeliner.  I completed her make up with some black lipstick.

Her outfit:  The cap was made out of black fleece.  We cut the fleece in the shape of a cape and then cut shapes out of it to make it look like a spider web.  I then purchased a strand of battery operated spider lights to weave in and out of the cape.  For her arms and legs I found ladies panty hose that resembled spider web.  I cut the feet and the waist off of one pair to make sleeves and kept the other pair whole.  I put the sleeves over a long sleeve white shirt and hot glued plastic spiders over the webbing.  I did the same with her legs, putting the panty hose over a pair of white hose and then hot gluing spiders up and down the legs.  I used various colors of spiders and variouse sizes.  I then completed the look by bending a metal hanger around a spider we had in our Halloween costumes and into the shape of a leash so she could “walk” her pet spider.

We got tons of compliments on her costume!  Everyone commented on how awesome it was and what a great idea it was!  She did win a local costume contest.

It was such a simple concept and originally we started with the cape and I was going to just put the big spider she walked on her chest, but then the concept of covering her in spiders and webs came to my mind. We both absolutely loved this costume!  It was the best of both worlds!  She was kind of creepy, but at the same time pretty and almost gothic looking, but it wasn’t over done either and it was such a simple costume to put together! 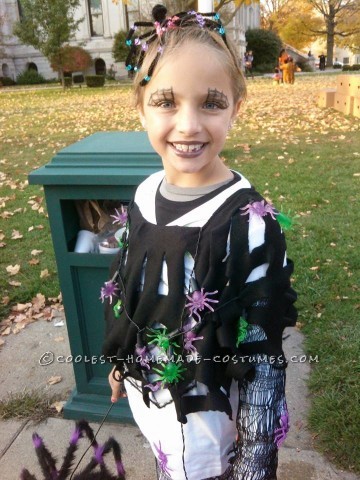 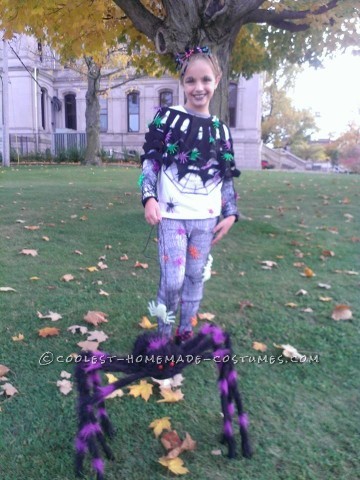 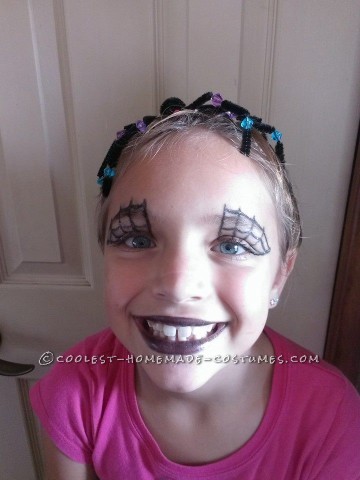 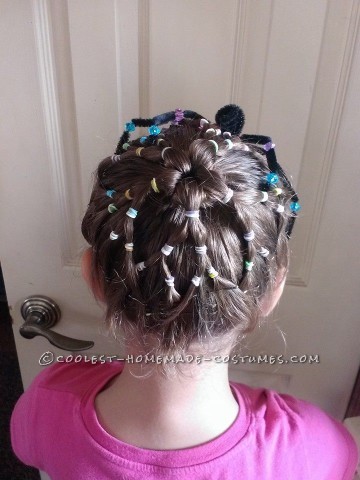