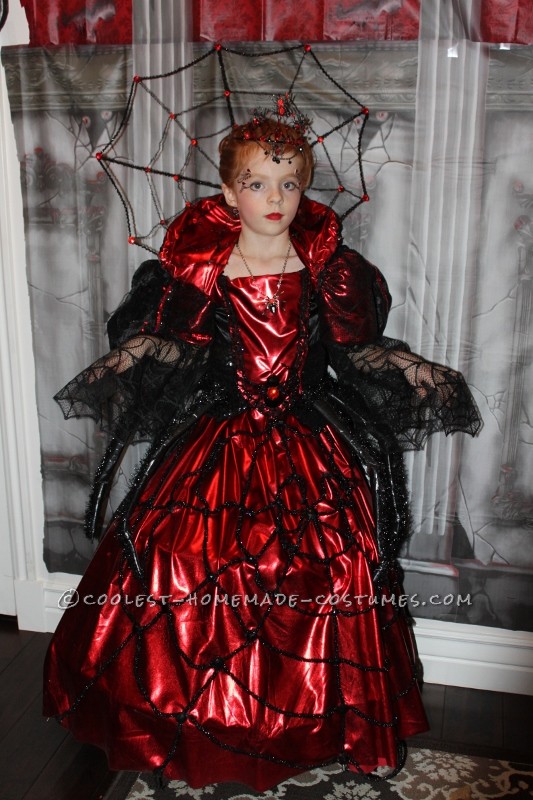 Grandma had her hands full with three costumes to make this year. She’s been making costumes since I (her daughter) was little. It’s her obsession. She started asking my kids what they wanted to be this year in June. For the Spider Queen’s Coronation Day (as named by the Queen herself), she started with a cheap vampires costume, cut open the front and added some shiny red fabric and sewed and glued a spider web on that.

Underneath went a hoop slip we already had. She then cut up a table cloth to make the spider web sleeves. The most challenging part was the spider legs coming from the sides. She used swim pool noodles, cut them down and tapered the ends. Then wrapped them in duct tape and added some trim to make them look fuzzy, she then used a stretchy elastic sequin belt and mounted them on.

When she tried them on the Queen, it was too big so she had to unpick them, tighten it and put them back on. She bought a basic black tiara and popped out the jewels and changed them to red, and added chains with spiders to dangle onto her forehead. For the collar, she purchased several different spider webs before settling on the one she used. She cut it in half and mounted it on plastic covered wire that wraps under her arms and twists behind her back in order to keep it up.

Because the Queen still has to sit in a car seat, a lot of this costume had to be able to come off so she could get in the car. I took her red hair and did an intricate braided bun to try and replicate the spider web look. At school all the girls tried to touch her dress and in the school parade all the moms took her picture. The Spider Queen says, “Grandma’s costumes are amazing but they aren’t comfortable!” She also says that she’s so lucky to have a Grandma that makes her outstanding costumes or she would have one from Walmart like everybody else, and she’s absolutely right! 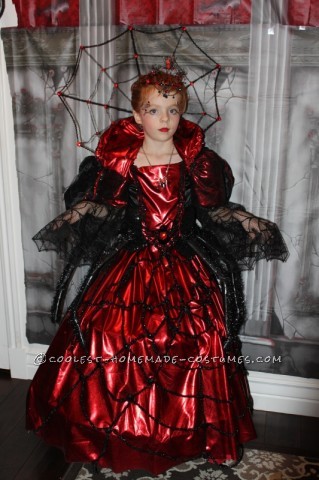 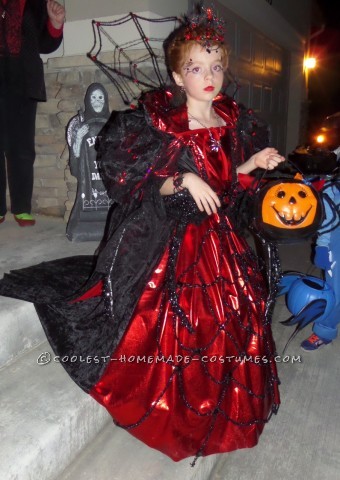 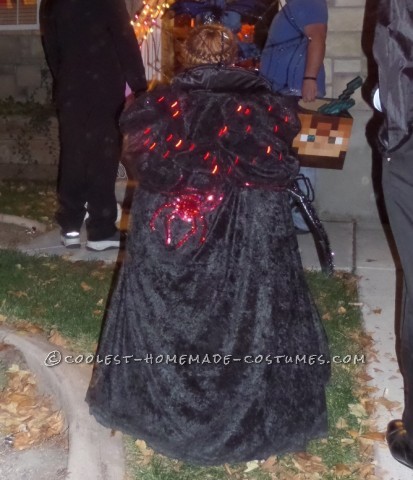 Coolest Spider Costume for a Girl