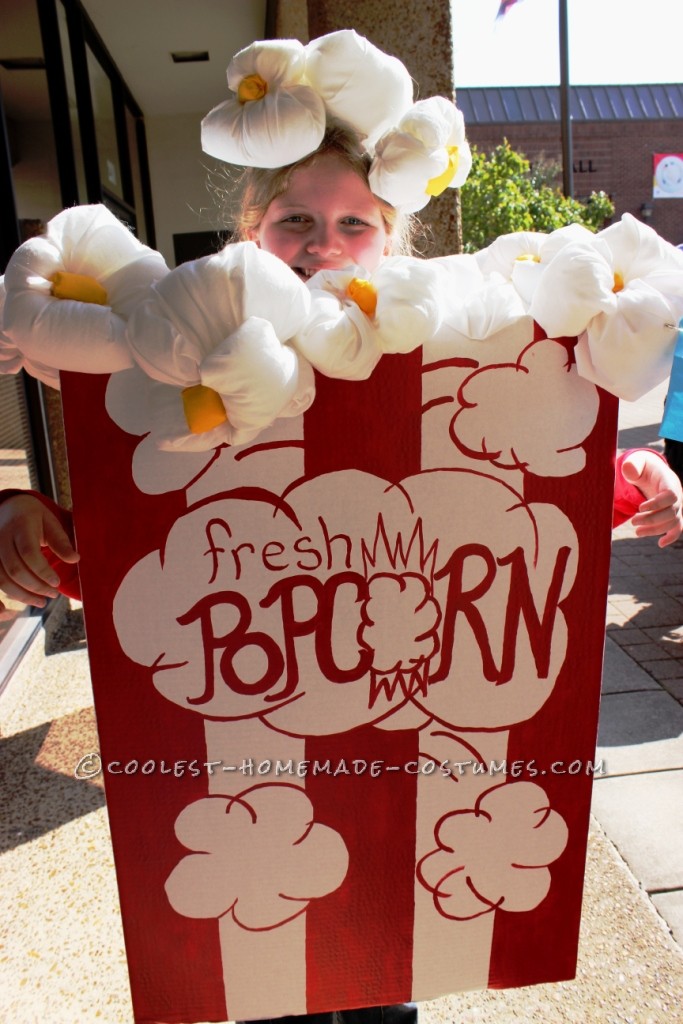 This popcorn box costume was homemade by my eleven year old daughter and myself. It was inspired by the walking refreshment characters that used to come on before a movie.

I had some old-fashioned popcorn boxes left over from a party that I used as my template for the design on the box. To form the box, we used two white tri-fold boards folded wrong side out where the white would be on the outside and hot glued them together. I then painted the popcorn box to look like the old fashioned popcorn boxes used at the movie theaters. I cut armholes on the sides of the box for her arms to go through so that she could hold her trick or treat bucket and also so the box could rest on her arms.

She has back problems and cannot have a lot of weight on her shoulders, so I attached the box to her body around her waist with a rope that was glued inside the box. Some white material was also glued into the top of the box to attach some of the popcorn kernels to and also help support the box on her body.

We hand-stitched each kernel of popcorn by sewing together scraps of white material and yellow material filled with Polyfill. My daughter hand stitched most of the popcorn kernels while I painted her box. We attached the popcorn kernels to the top of the box with hot glue, and had many burned fingers. We also made a head-band of popcorn kernels for her to wear on her head to complete her costume. The costume cost under $10.00 since we used leftover material for the popcorn kernels but would still easily cost under $20.00. It was fun and easy. We entered her into a local costume contest and she won 1st place for her age group. Everywhere we went, we had so many people compliment her costume for the creativity, imagination, and the design. 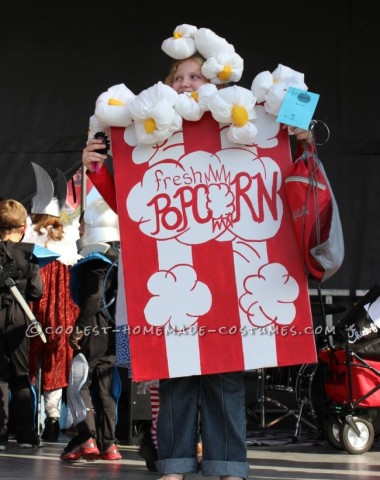 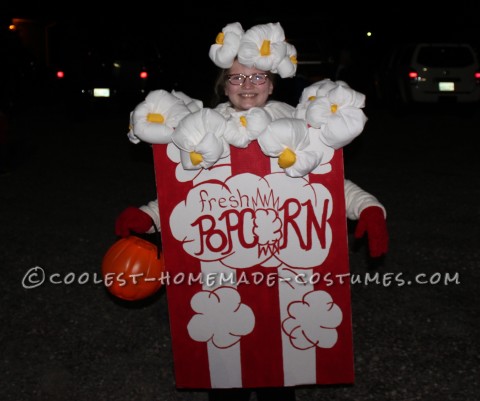