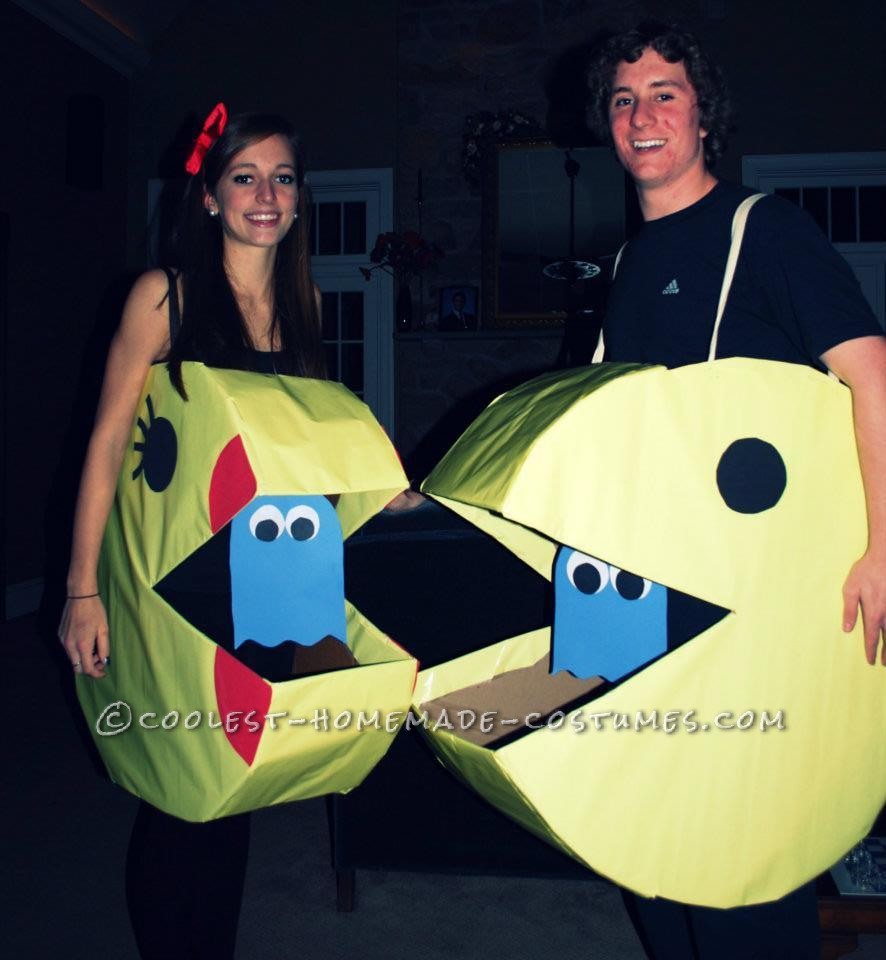 This past year I took on the task of creating Halloween costumes for my boyfriend and I. He let me take control which meant creativity and crafting galore! I began running with the idea of Mr. and Mrs. PacMan after finding a big read bow in my room, perfect for Mrs. PacMan. To create the costumes, which ended up taking about a week, I took the biggest brown boxes I could find and cut out large circles for the sides of each of our bodies.

Then, I found some more large boxes and cut strips for the fronts and backs and mouths of our PacMan bodies. Duct tape became my new best friend as I went through about four rolls of it assembling the pieces and taping them so that they formed the shapes of Mr. and Mrs. PacMan. Next I purchased yellow wrapping paper and black and red construction paper from the local dollar store to cover Mr. and Mrs. PacMan and add the appropriate finishing touches such as eyes, lips, etc.

I knew I wanted to add ghosts to complete the look so after much experimenting I found that what better way to incorporate them but by hanging them right in the mouths of  Mr. and Mrs. PacMan?! Finally, I added some ribbon to the tops of the bodies so that they could be worn to our Halloween parties.

These costumes cost less than 10 dollars to make and were by far the most creative and homemade costumes at every party we attended. My boyfriend and I were the talk of the night and I couldn’t have been more proud knowing my hard work and creativity had paid off! This Halloween will never be forgotten!