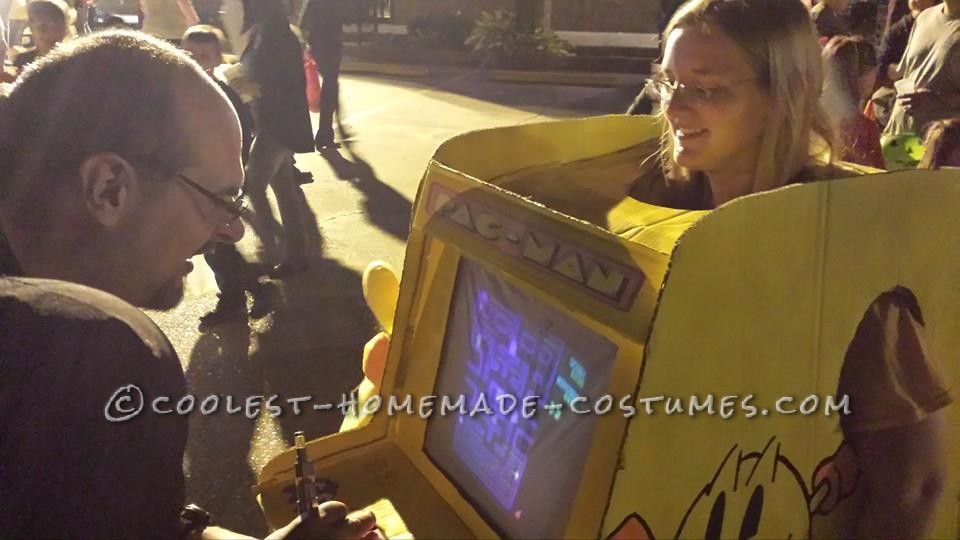 This costume is actually playable! It is just made of cardboard and hot glue with a mini battery powered projector, a mirror, and a plug and play Pacman game.

We went to a trunk or treat in town for our test drive. Once it got dark enough outside for the screen to be visible, it lit up so bright and drew attention. Kids would grab their parents and point and say “look, its a Pacman game”. Some kids would come up and I asked them if they wanted to play and they had at it. Parents stood by indulgently at first, thinking the kids were just pushing none functioning buttons and then their faces melted into looks of surprise when they realized their kids were actually playing! There was a really long line for a haunted house and we went down the line letting people play while they waited. We were trying to leave because my kids were tired but kept getting stopped to play or for photos. Several people said I win for best costume even though there was no contest.

It was a lot of fun and we cant wait to do it again on Halloween night! 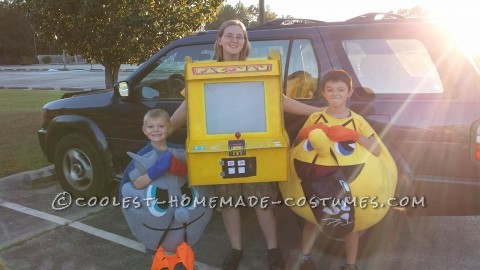 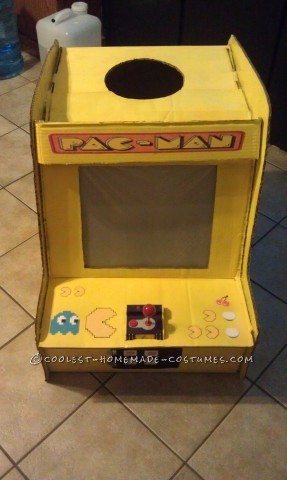 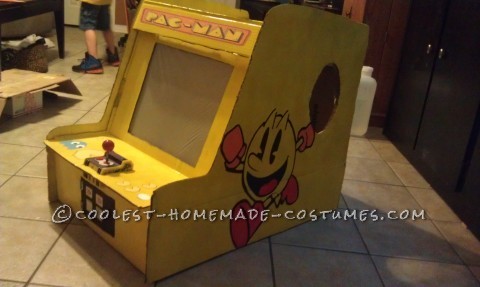 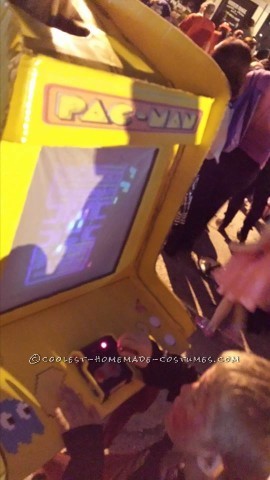 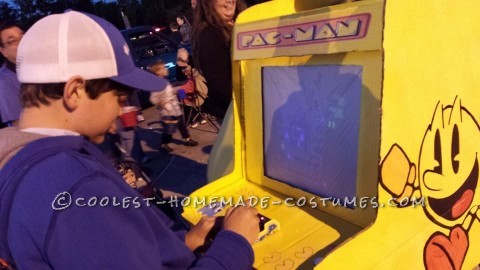