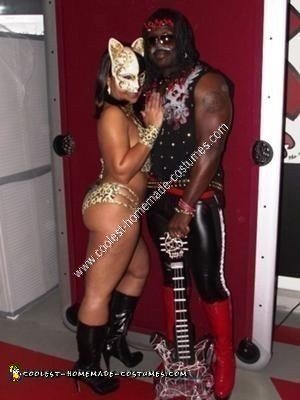 Here is my Homemade Rick James Halloween Costume submission of me as Rick James. I purchased the corn row wig from a costume site but had to change out the bead colors to coordinate with the rest of my outfit. I altered the t-shirt by making a few choice cuts and adding rhinestones and glitter work to give it that “Flair”. I found the “leather-like” pants on a clearance rank in a local woman’s boutique and added some white tassels to the pants for that “POP”. The boots were also ordered but I had to perform a paint job on the boots as well as the heels of the boots.

The jewelry and accessories were purchased from the local Wal Mart and beauty supply store. Wal Mart and Michael’s are always a good places to find low priced accessories for your costume. What Rick James costume would be complete without a little cocaine residue under your nose since Rick was known for being a drug addict.

Last but not least, I made a custom guitar out of some scrap wood I had in my garage. I purchased a mobile mp3 speaker that I attached to the back of the guitar and Velcrod my mp3 player to the back so I could have authentic Rick James music playing when I entered my neighbors party.

All and all…everything came together pretty well and I had a blast putting the costume together. 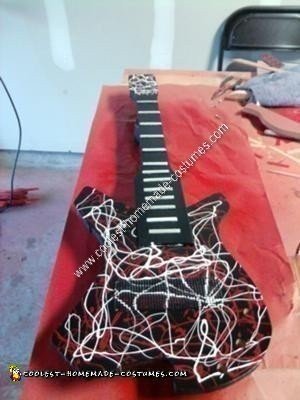 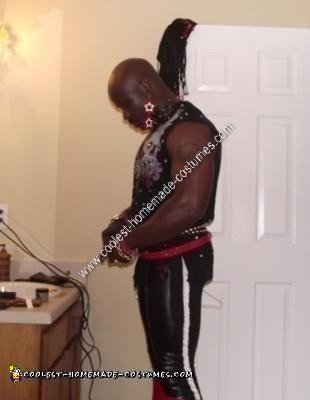 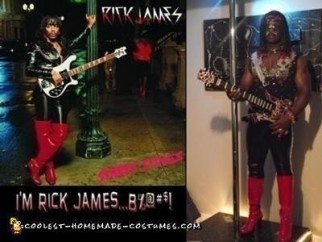