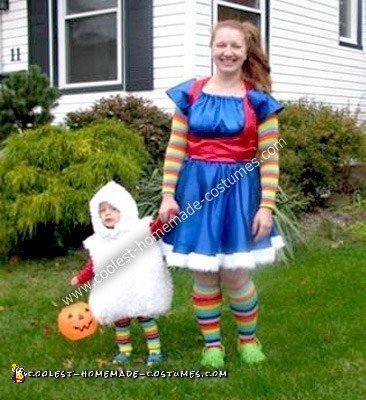 These Homemade Rainbow Brite and Twink Costumes were inspired by my love of the 1980’s and my childhood favorite cartoon show! My birthday is two days before Halloween and I turned 30 this year, so I knew it had to be a good one! I set out to make a Rainbow Brite costume that was a little less… “cheap” looking than the one sold on the internet at present. I also wanted to have my 21 month old son be Twink (her little side kick) but no such costume exists… so make them I must.

The materials for both costumes totaled around $50 and they were sewn over the course of one week. I used a simplicity pattern for the base of Rainbow’s costume but I lengthened the skirt and had to design the sleeves.

I still want to tweak the fit to make it a little more form fitting for me, but overall I am happy with how it turned out. Twink’s costume was super-fun to come up with…and I modeled it after one of those round pumpkin costumes. The shape was perfect so I just added a hood and lined it with fleece so it would be warm enough for trick or treating. Our rainbow tights/socks were purchased at various stores…the only “store-bought” aspect of the design aside from under clothes. 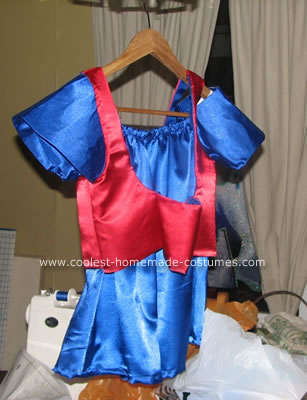 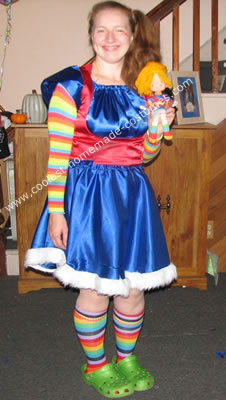