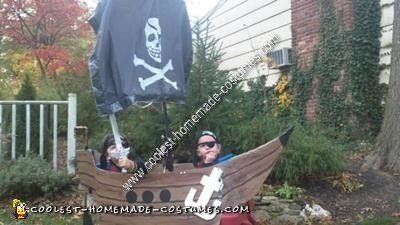 Our 3 year old decided he wanted to be a pirate for Halloween, so we bought both him and his 1 year old younger brother, Andre, pirate costumes. Since we usually take them trick-or-treating around town and around our neighborhood, we wanted to take them in their wagon… But a red wagon just doesn’t go with a pirate costume?. We also wanted to turn 3 hours of candy picking into maybe one hour or so. So we made a ‘costume’ for their wagon as well!

We dressed up their wagon as a pirate ship, and it made their costume so much better! Not only were they a big hit, but it was like having our own little Halloween parade around town! It was all made by us with materials we had at home, anything from cardboard, to PVC pipes, chain links, and aluminum foil. The skeleton on the flag and sail were painted by hand looking at a picture, without using stencils! It’s our first project of this nature, so we’re very proud of the outcome! 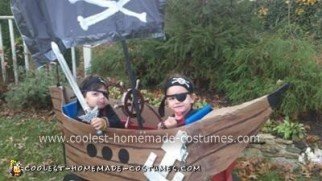 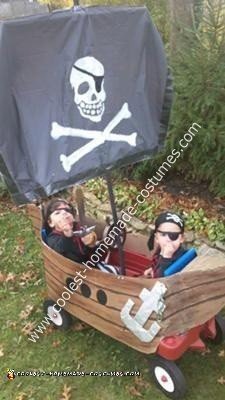 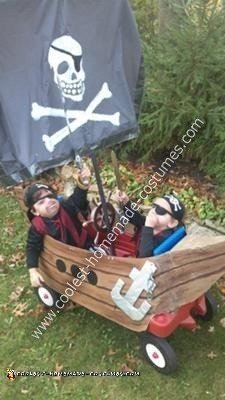