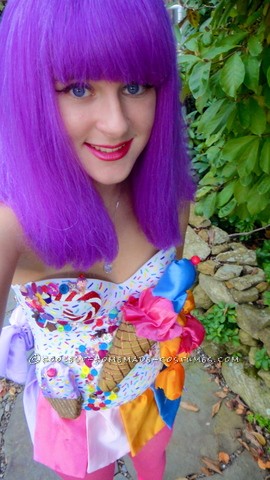 This year I decided to be Katy Perry in the candy dress from the California Gurls music video! The entire costume took so many hours of work but in the end I was extremely happy with the results! Many of my friends think that it is really awesome and I’ve been getting a lot of compliments on the piece!

I made the entire dress myself from a corset top purchased on eBay! I used fabric paints for the sprinkles on the corset top, styrofoam and extra fabric from the skirt to make the large decorations, and glitter and markers for the candy canes. All of the charms were bought at craft stores. Everything was hot glued onto the dress. The hardest decoration to make was the ice cream cone! It took so much time to paint and decorate the cone, and to sew the fabric for the scoops just right so it would look ruffled like an actual scoop! The best part was getting to hot glue the charms and everything to the corset top and getting to wear it!

The headband was bought at Walmart and made by cutting out two heart shapes from purple felt, stuffing them with some scrap fabric, and hot gluing it shut. The skirt is made from fabric panels that match Katy’s pattern, and the stockings and shoes were bought really cheap from stores in the mall! The wig is from Party City, and was cut by me to be more like Katy’s wig.

I spent about $60 on the entire costume!! 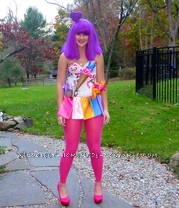 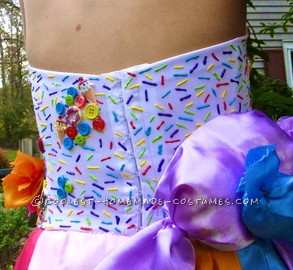 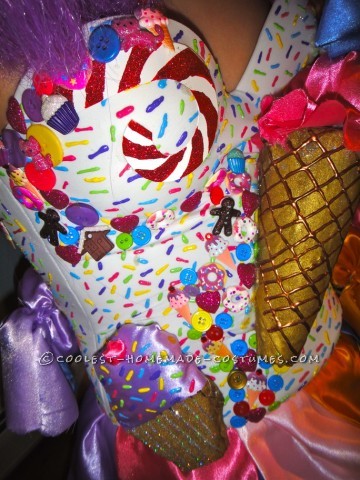 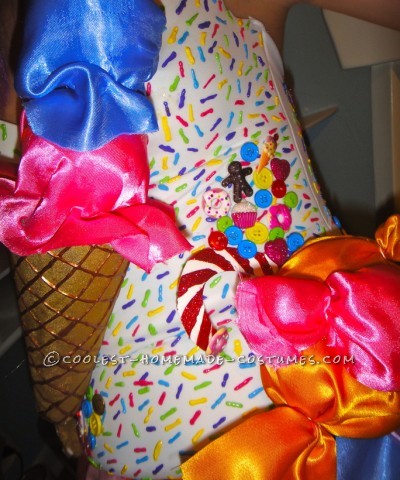 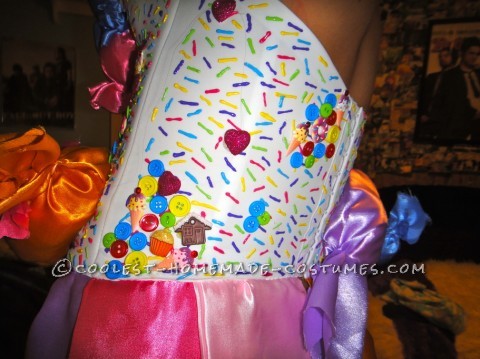 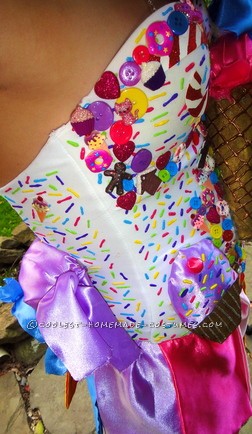