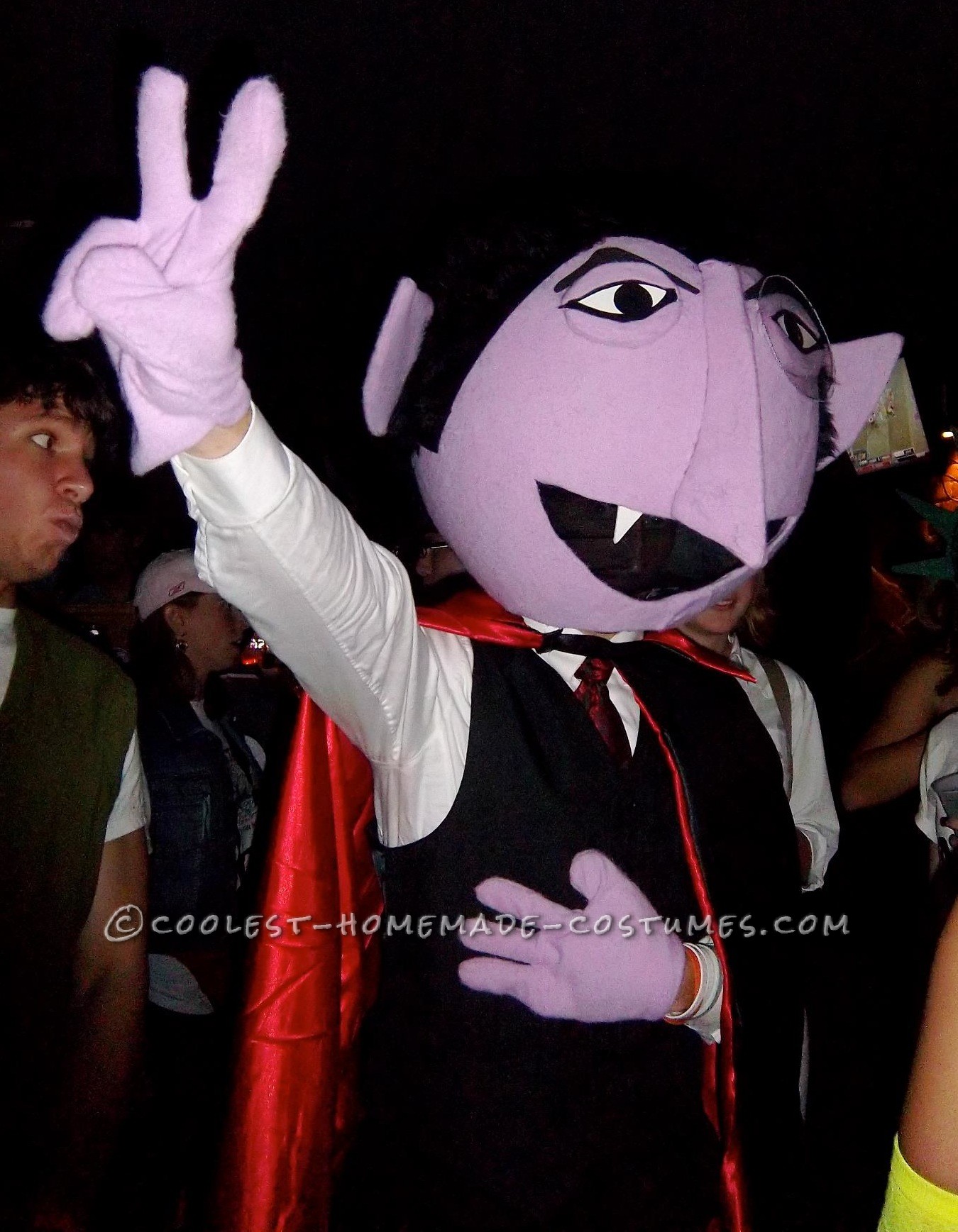 This year, I wanted to test my crafting skills by creating a Muppet costume.  I knew that this would be a challenge that could look amazing if done right, but, if half-assed, could look like clown shoes.  I started off by looking through all of the Muppets and deciding which one would be the funniest character to portray during a Halloween party.  After much deliberation, I went with a Count Von Count costume (so much alliteration!).  I felt that he was the perfect blend of:

3.     Satire – With Mitt Romney threatening to cut PBS funding, it also provided the opportunity to cater to the politically minded with cardboard signs stating “Will Count for Food”

Once I had my Muppet picked out I studied pictures of him and took measurements of his facial features so that I could proportionately fit it onto a 17 inch round head. 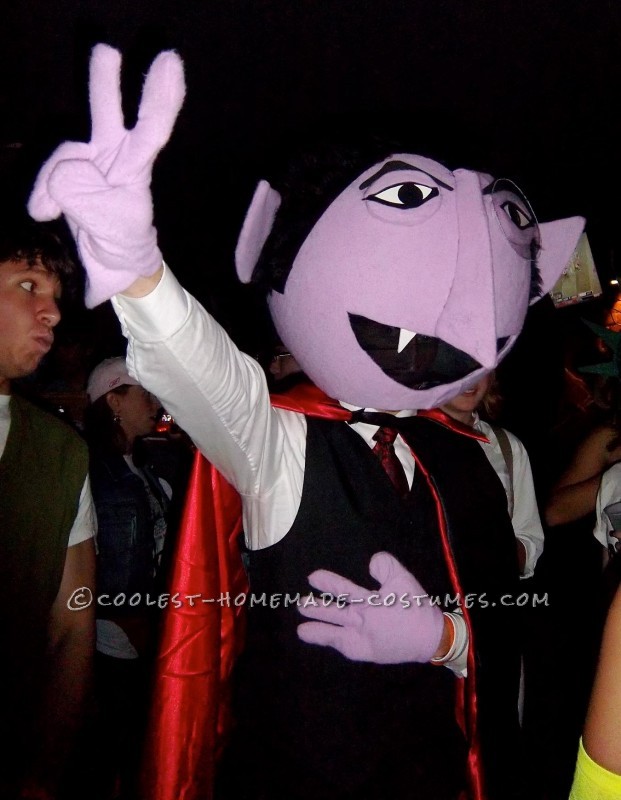 I made the head out of a 17-inch round balloon and Papier-mâché.  You must use about 4-5 layers of Papier-mâché to ensure that the head is firm and sturdy enough.  I suggest using a blend of flour, water and Elmer’s glue to help create a proper paste.  Also, don’t be afraid to get a little messy – it’s inevitable. 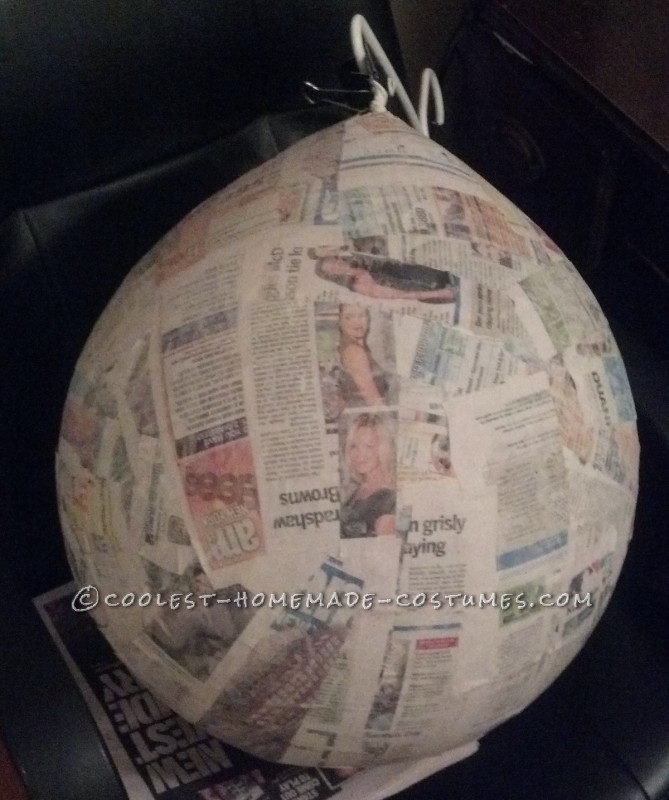 Upon drying, I then measured and carved out the mouth and base so that my eyes would match up with the hole in the Count’s mouth.  From there, I used insulation foam, a pillow and a small bicycle helmet to create padding and stability so that my head would rest comfortably inside the head of the costume.

Using a spray adhesive, I wrapped the entire head in lavender-colored fleece, covering all of the Papier-mâché. While doing this, it is important to eliminate as many visible creases as possible.  I was able to achieve this by pre-measuring what areas the Count’s hair would eventually cover.

Using the measurements I had extrapolated from the picture of the Count, I created the eyes out of foam core and fleece, and the ears and nose out of cardboard and fleece. I then created the eyelashes and pupils with black poster board.   Finally, I covered any other exposed areas with remaining fleece.

One of the final steps for the head was gluing everything on and adding some minor touch-ups to finish.  I used black women’s panty hose to cover the mouth (from the inside) and more foam core create the fangs, and a clear plastic dinner plate for the monocle.  Everything was secured with a glue gun and spray adhesive.  All that was left is the hair. 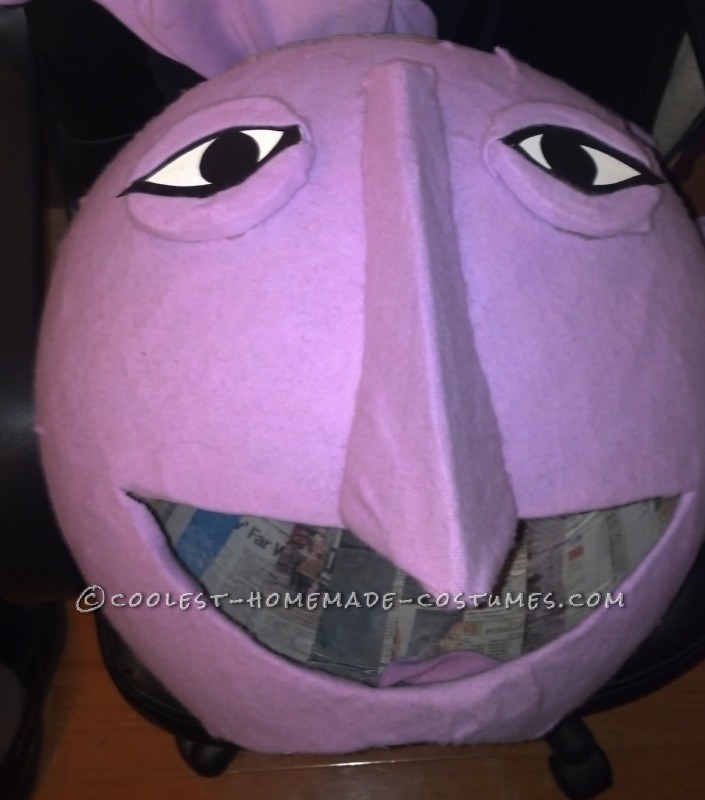 I purchased black fur from a fabric shop and used the same spray adhesive to glue it to the head.  Creases are less of a factor with this because the fur is so thick that any creases, if present, were barely noticeable.  Then, using scissors and a razor I essentially played barber, attempting to replicate his widows peak and side burns as appropriately as possible. 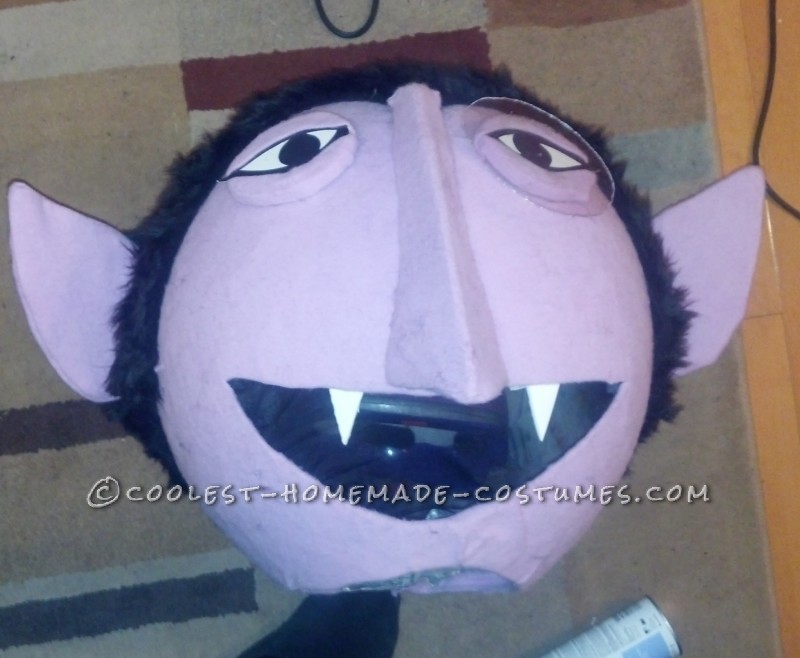 Now it was time to focus on the accessories and body of the costume.  I knew that I wanted to keep my body fairly human-like so that I could move around easily.  I matched my outfit as closely  to the Count’s as possible and wore a black vampire cape with a white dress shirt and vest.  I wanted to eliminate as much skin exposure as possible, so I fashioned some gloves (4-fingers, of course) out of the leftover fabric.  After that, it was show time. Count away. 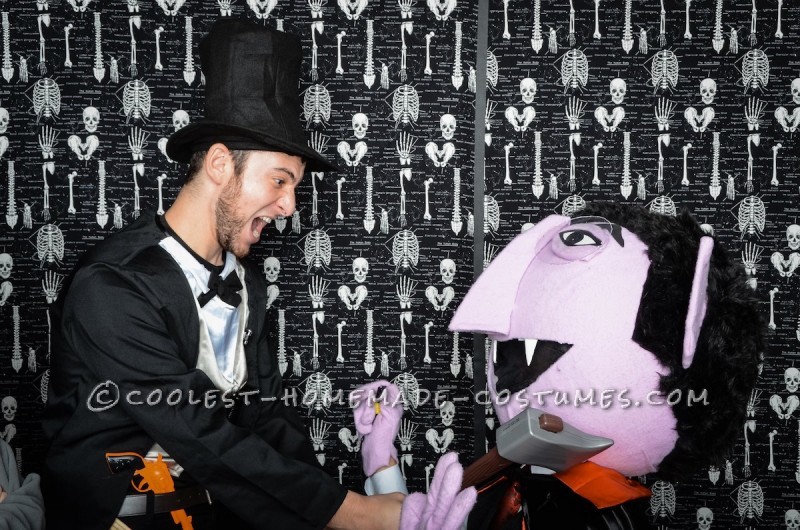