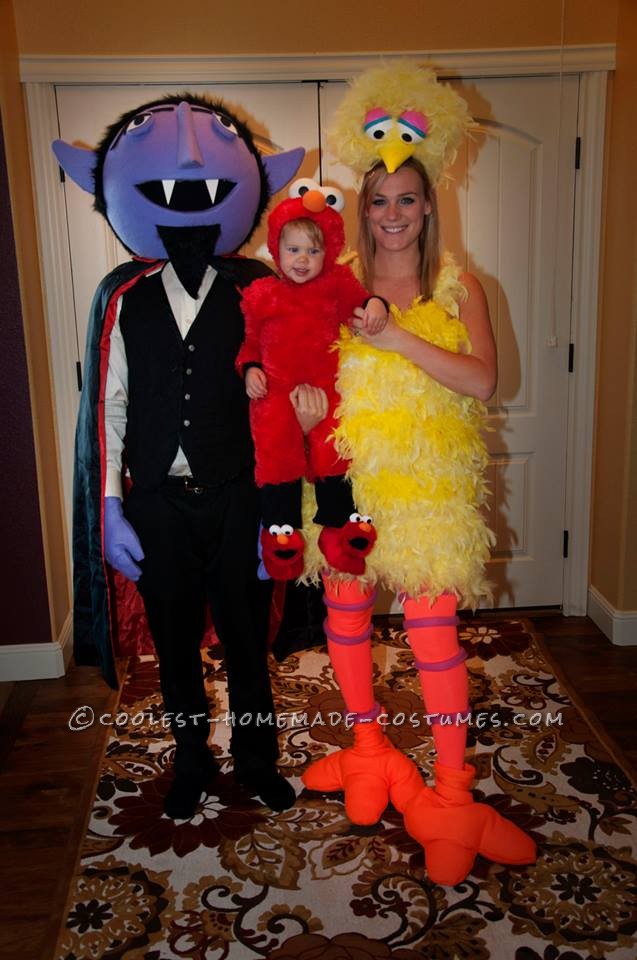 When my two year old became obsessed with Elmo I knew that was what she was going to be for Halloween. So I decided that my husband and I would join in on the fun too!

I handmade Count Von Count and Big Bird, but bought Elmo at a thrift shop for 8 bucks.

To make Count, I started with the head. I took a lot advice from another costume on this site. We already had a foam ball head from a previous homemade costume(Jack in the Box) that I recycled. I cut a mouth opening with a knife, sprayed it with spray adhesive and wrapped it with purple fleece pulling it toward the back where I knew the hair would be to reduce as many wrinkles as possible. Then I made the nose and ears out of cardboard and also covered them in the fleece. For the hair, I bought black fur and made a sort of template out of paper to design the widows peak and sideburns. I cut the fur out and glued it on the best I could trying to trim and fold as needed. The eyes were made out of foam board. I glued everything on with hot glue. For the outfit, My husband just used his own dress pants, vest, shirt and shoes. I bought the cape on ebay for like $4. DONE:)

For Big Bird I knew I would need quite a few feather boas (10)  so I ordered them from an ebay store in China for $1.99 a piece including shipping. I ordered them almost 6 weeks in advance to make sure they would get here in time and they did. I had a plain white spaghetti strap dress from H&M that I wrapped with the boas and hot glued all around the dress. For the head piece I wrapped a headband with yellow felt and glued a piece of round cardboard on top to give it some height. I got two foam balls and painted the blue and pink eye shadow and sharpied the black circles. I made the nose out of a foam board I just turned into a cone and then glued it all on. I filled it all in with a half piece of remaining boa. The orange tights were also ordered from ebay. To make the feet I followed a tutorial on youtube, but basically cut out two large pieces of fleece (4 total) in the shape I wanted, glued them together and stuffed with poly-fill. For the pink ribs on the tights, I got some pink fleece and cut out big rectangle and rolled them up into a snake and glued them into donuts making sure the stretchy part of the fabric went the right way so they would stay on.

We wore them to a family Halloween party and they were a big hit. Hope you like them! 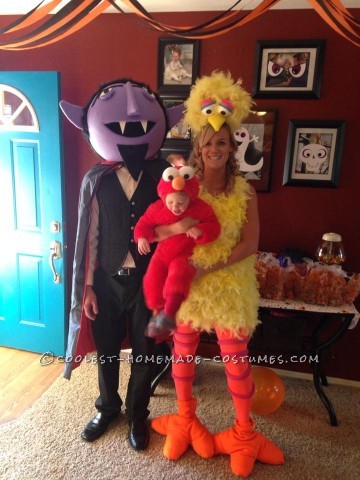 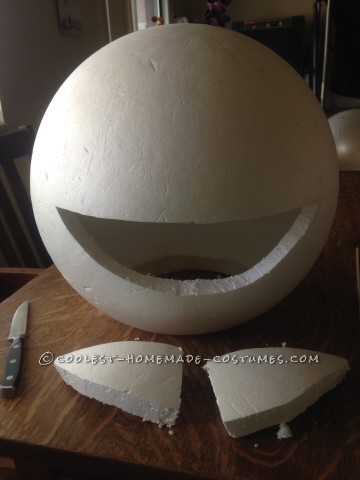 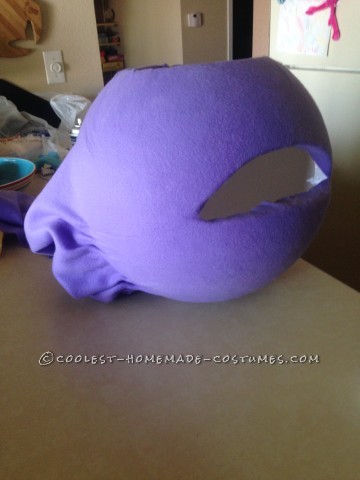 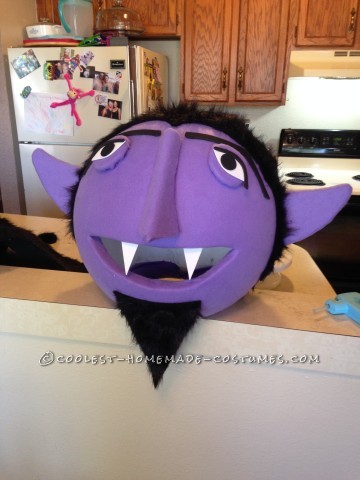 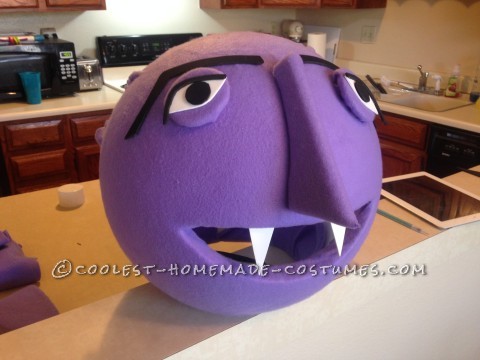