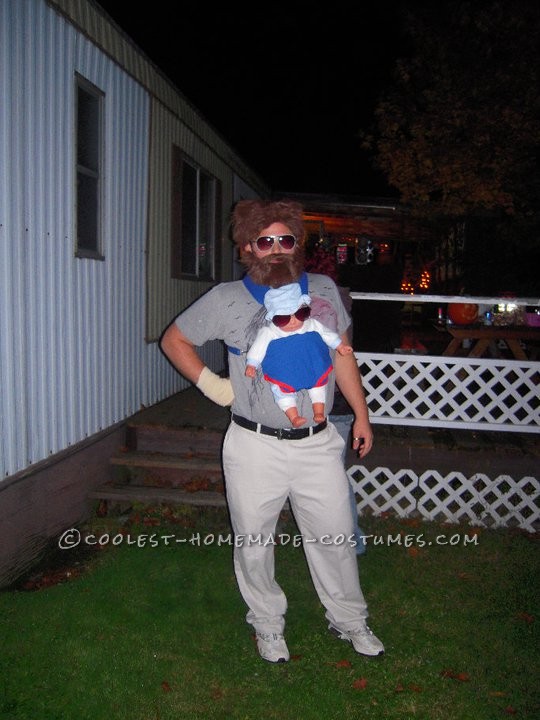 Beard and wig combo, baby doll with carrier, shades for baby and myself, grey shirt with birds and sun drawn on it, white pants and a satchel… Indiana Jones wears one.. I am planning to ask for the mic, pull out a piece of paper and recite the one man wolf pack speech to everyone in the club…

How about that ride in? I guess that’s why they call it Sin City (hahaha)

You guys may not know this, but I consider myself…a bit of a loner. I tend to think of myself as a one man wolf pack. But when my sister brought Doug home, I knew he was one of my own. And my wolf pack, it grew by one. So were two…so there was two of us in the pack. I…I was alone first in the pack, and then Doug joined in later.

And 6 months ago, when Doug introduced me to you guys. I thought…wait a second, could it be. And now I know for sure, I just added 2 more guys to my wolf pack. 4 of us wolves running around the desert together, in Las Vegas looking for strippers and cocaine. So tonight, we make a toast!

(I would then toast everyone saying to have a happy Halloween)

Overall a great costume and pretty easy to pull off. Hangover 2 would be an easy one to pull off as well, thinking of going as that next year. 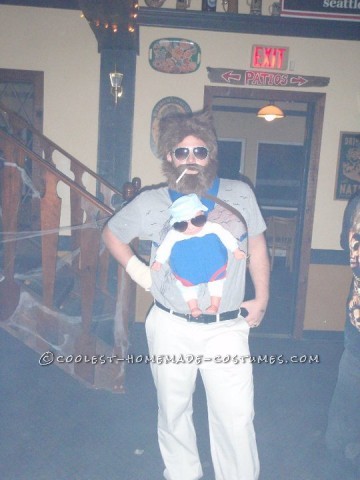