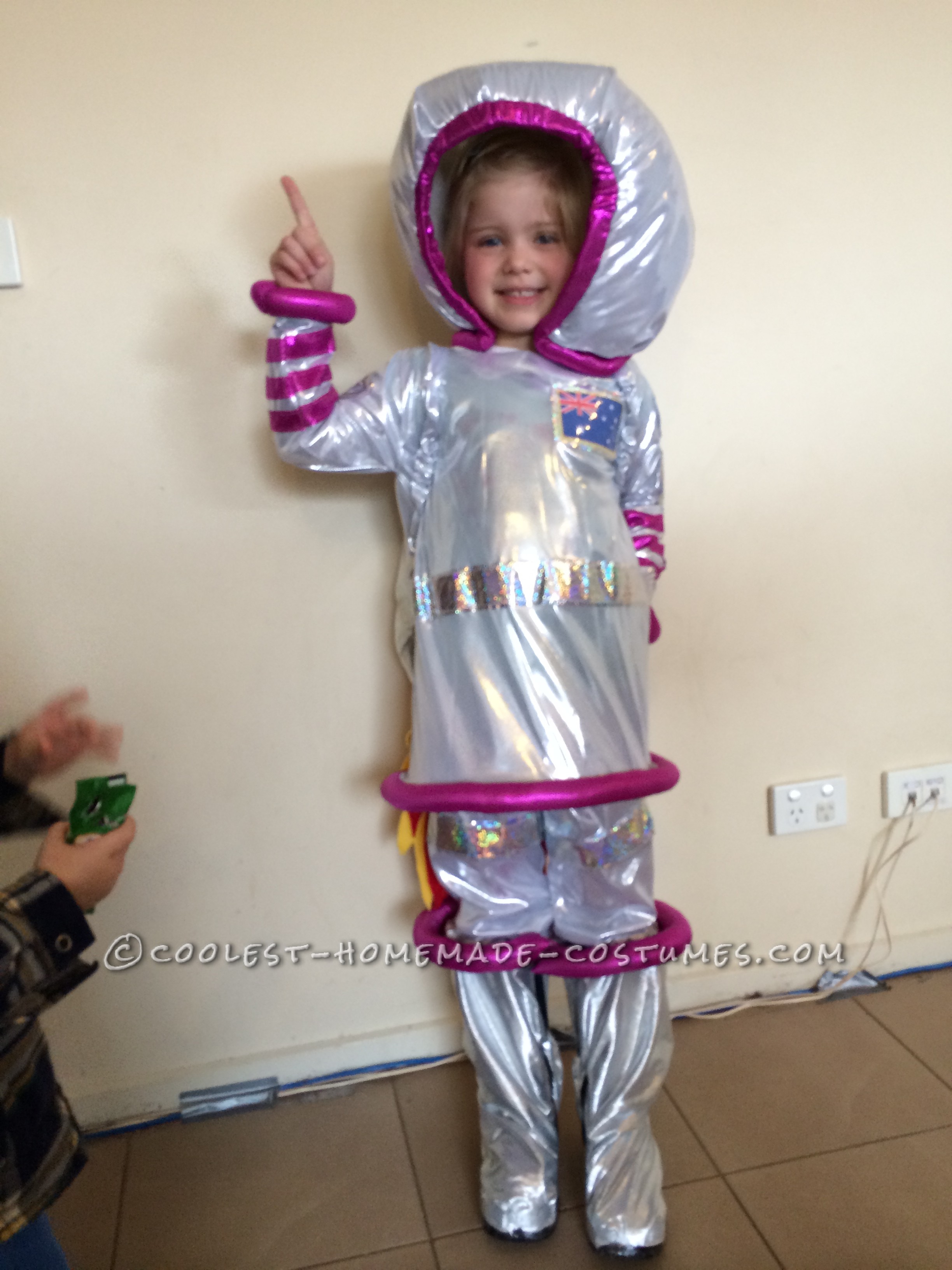 I’m always up for a challenge, so I love to let my kids pick whatever they’d like for Halloween, and then do my best!  My daughter so far has always had some sort of dress (witch, princess, etc), but now, at the age of 4, she chose to be an Astronaut!  However – it had to be a pretty, girly Astronaut!  We chose some really pretty dance fabrics, that had a holographic shimmer to them, two different silvers, and a lovely bright holographic pink.

I made the body of her costume by tracing around a pair of her long pants, and a long sleeved top, and added the pink  stripes before sewing it up.  the edges were simple pink lycra tubes stuffed with filling, but looked quite effective.

The ‘badges’ were pictures printed off the internet and stuck onto silver material that I cut out big enough to show an edge.  I completely covered the paper pictures wth clear tape to make them more durable and more water resistant in case it rained.

The backpack was a piece of foam i had lying around, with two empty softdrink bottles attached.  I cut some of the bottles away to make them more flush with the foam.  Once the bottles were taped in place, I covered the whole backpack with the same holographic silver that I used to edge the badges.  I then handstitched two thin tubes of fabric with elastic in it onto the backpack to use as a harness.  The final touch was the flames coming from the bottom of the backpack, which were cut from red and orange felt.  I poked holes in the softdrink bottle lids with scissors (and nearly cut myself, so maybe there’s a better way!).  I fed the felt through the hole, and then taped it down on the inside of the lid.  I screwed the lids back on, and voila!  Flaming backpack!

I bought a pair of boots in her size from an op shop for a few dollars, and covered them with the matching fabric, and with matching pink tubes at the cuff.  After sewing the tubes onto the silver fabric, I literally just taped it to the shoes. It was really easy, and it didn’t budge.

The helmet ended up being the most difficult part of the whole costume – I ended up using very stiff interfacing, and cutting it in strips, which I stapled onto a circle of the same interfacing.  It ended up looking like an octopus.  I then folded the ‘legs’ of the octopus down and stapled them to another strip of interfacing.  I covered the whole thing in some soft foam padding (again, just a scrap I had lying around), and then covered it again, in the holographic fabric.  More pink tubing around the edge (all handstitched, sorry), and a big ‘badge’ on the back made it complete.  She was really happy with the result, and it ended up being very comfortable for her to wear.  The helmet just rested on her shoulders, and stayed there quite happily without needing any elastic or anything to hold it into place, luckily, but that was just good fortune!

We ended up having an awesome night, and she had so many wonderful comments from people that it was well worth the effort! 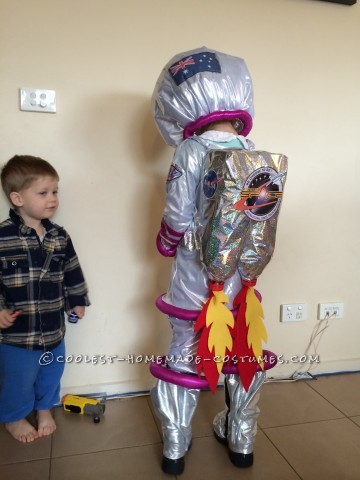 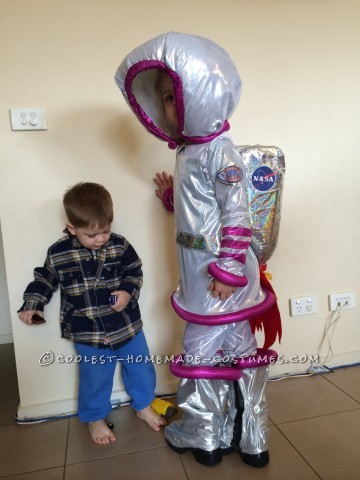 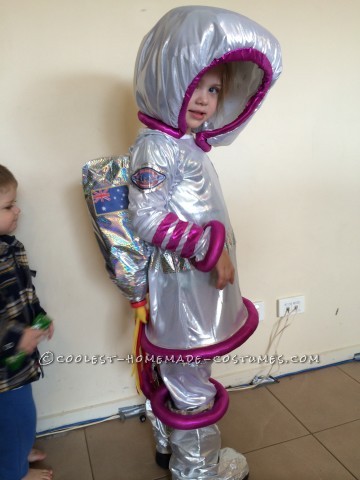 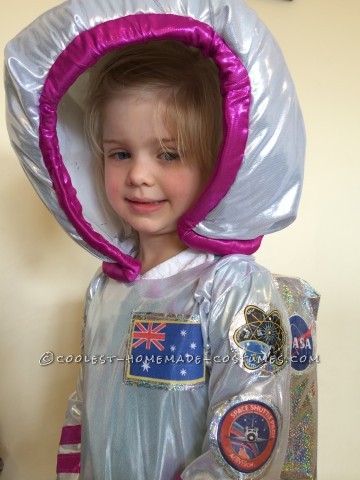 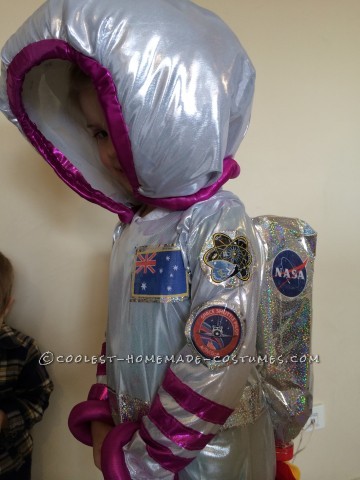 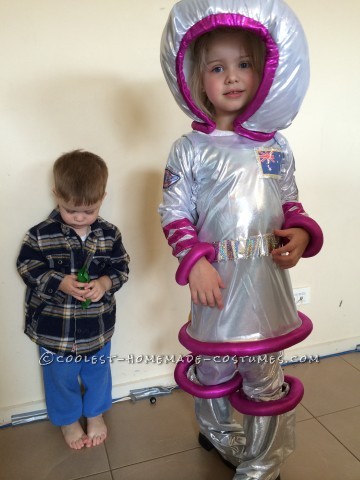