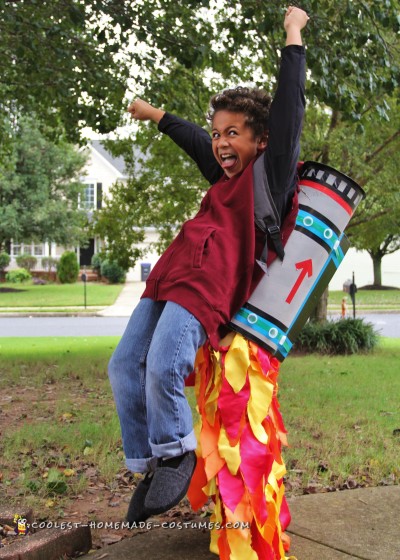 My son wanted an illusion costume, so we went with the jet pack! We were so excited to make this, that it is done already for this Halloween!

I had seen a picture of something similar, but there were NO instructions. It actually wasn’t too difficult to make once you had the general idea.

My son is wearing a thrift store skirt (shhh!) with pieces of flame colored material stapled to it. He is also wearing the black shirt. We bought concrete form tube for the jet pack. The maroon vest is actually attached to the tubes. We had to cut the tubes so there was space between the tubes and the vest for him to stand in and hae the tubes for around him. He can put his arms through the vest and jet pack straps.

The legs are just stuffed jeans and slippers attached.

I was so excited I showed my family already. My sister said, “that is so cool, buut how is it holding him up?!?”. She isn’t the only one who has been fooled. 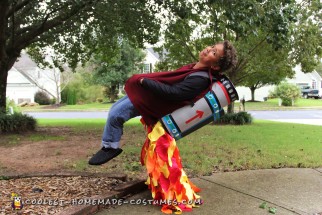 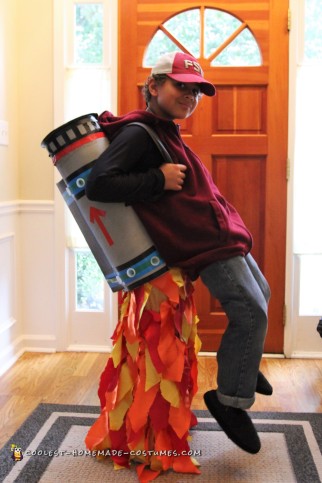