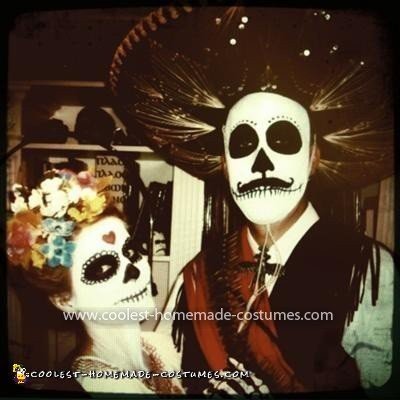 We really wanted to make the most out of it this year, after having spent 3 years in London we have learned a thing or two about costumes. The main thing is to check what do you have already for the costume – I had a bunch of fake kitsch flowers so I cut a few stems, my boyfriend used our colored Christmas table cloth for under the bullets, the necklace was a souvenir his parents bought in the States.

I cut an old dress into a skirt and put my Mexican blouse (it was fashionable this summer) and we practiced the make-up once before Halloween, this really helped because we realized what worked out well and what not, like too many details, if the costume is loud enough you don’t need to add too many colors on your face in my opinion so that’s what we did.

My boyfriend bought his Mexican sombrero at the flea market for 7 eur (about 10$) and I bought the make-up for about the same amount, that’s it! So get crafty people!! Everybody loved our costumes, so many people in the streets wanted to have their photo taken with us, we were the talk of the town that night he he!

And had a blast!! Happy Halloween!! 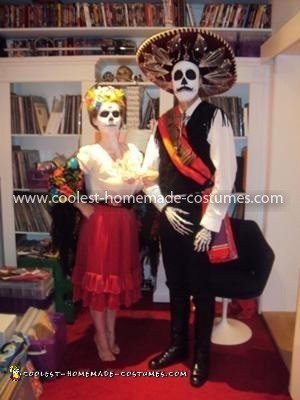 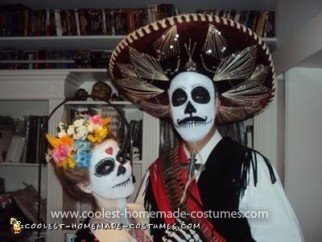 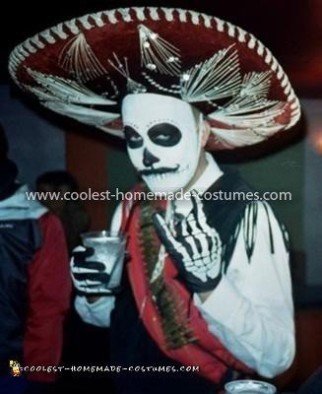