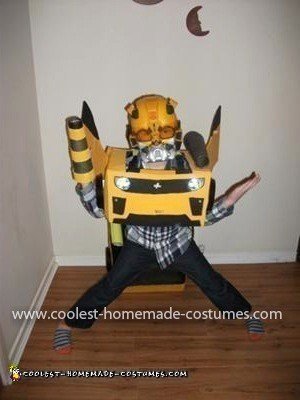 My son Declan’s latest craze is Transformers, his favorite being Bumble Bee. The Homemade Bumblebee Transformer Costume is able to transform as the character does into a car and a robot. The costume is mainly comprised from cardboard boxes. The bonnet is designed to fold into his chest when he transforms into the figure. I hot glued and stapled two large boxes together forming it to make the main body of the character. The doors were made separately from the body to allow them to swing open whilst transforming. I cut two holes in the front of the frame to place LED spotlights for the headlights.

The wheels were made from plant pot bases and painted to look like alloy wheels. I copied the transformer logo and painted the car accordingly to match the character. Inside I included shoulder straps to secure the costume to him. I used two large thread spindles to create a gun, one of which is glued to the body of the car and the other as a hand held gun. I finished off the look with a transformers bumblebee mask which I purchased in my local toy shop.

The costume cost approximately $35, most of which I spent on the mask. 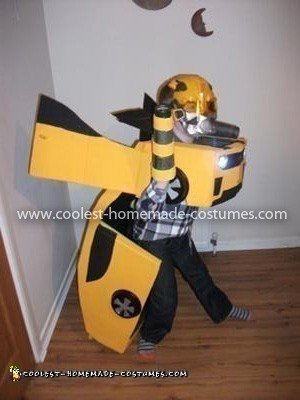 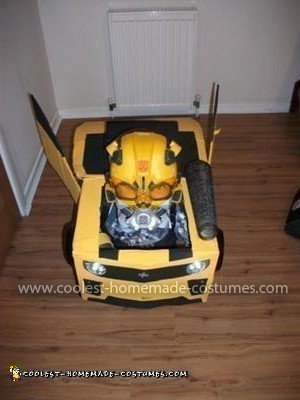 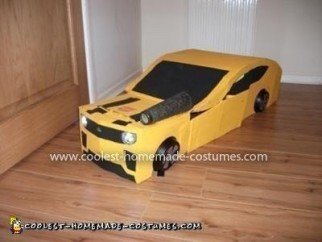