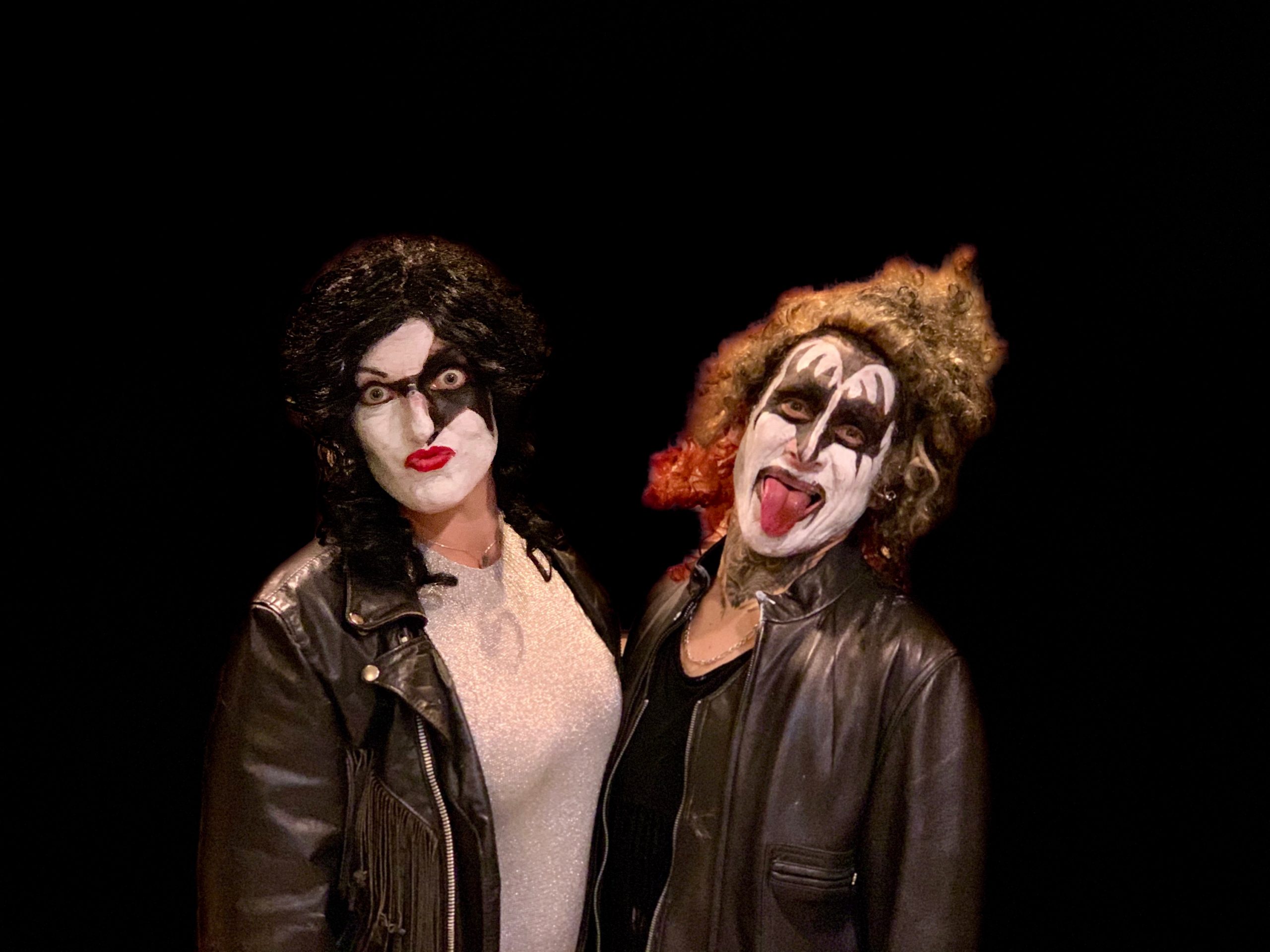 My boyfriend had mentioned that it would be super fun to dress with me him and my two eleven year-old twins. My kids refused but I thought about it and about a week before Halloween we contacted my best friend and her boyfriend because the four of us can fit the part.

We’re rock stars in our own way. My boyfriend and I knew we were taking a chance of going out alone because they were always off and on Arguing. Actually though, I didn’t know if we would be together on Halloween because we have been arguing.

So Halloween, it’s 3:30 p.m and I get home from work trying to pull an outfit because it’s just me and the kids now. Everyone bailed. I had an hour and all I had was leather leggings to start…. so the Star Child was born.

I was going to be a solo KISS member. As I’m drawing the Star, my boyfriend calls, we make up, and I have to pull Simmons costume out of my closet in about two minutes. Done.

Costumes were free. I got to put my boyfriend in assless chaps with spandex shorts and a crop top tee, which was the highlight for me! We didn’t get to go party or see a bunch of people. We did trick and treat a few houses in Clayton neighborhood, Denver, Colorado.