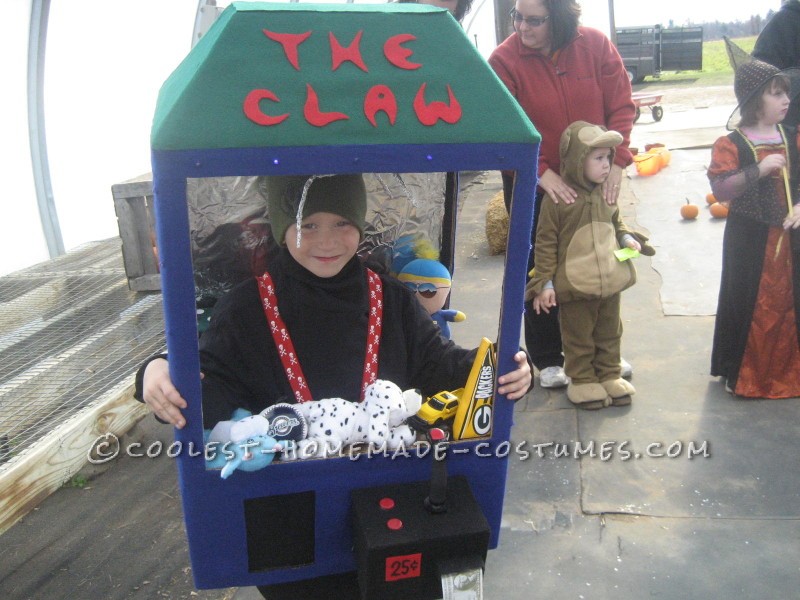 This is my son Landon. He plays the claw machines a lot! We make videos playing the claw machine and we put them on Youtube! We have over 1.6 million views on our channel! He got the idea for this costume because he has his own candy claw machine in his room and wanted to be one so we made it happen! The costume is 100% homemade!

We made it out of a cardboard box! We even made the control box out of cardboard! We used the buttons and joystick from a old controller from Goodwill. There is also flashing purple led lights on the front that he can control himself and white lights above his head inside. He also can move claw above his head up and down. The claw is made out of a clothes hanger and wrapped in tin foil. The whole machine is covered in felt from Walmart. The toys inside are the toys he won from other claw machines in our videos! The hardest part was getting the felt to lay out right and not look so crappy. He gets a lot of attention with it. A lot of people take pictures of him. And kids try to play the machine because it looks so real! It took us over 30 hours to make and only cost about $20. 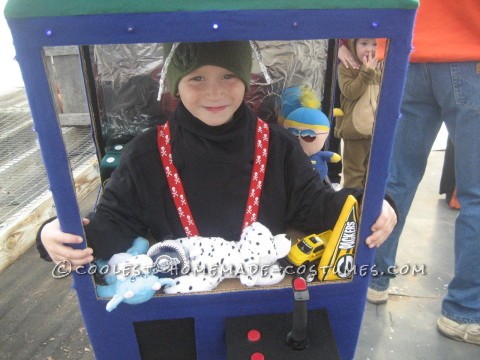 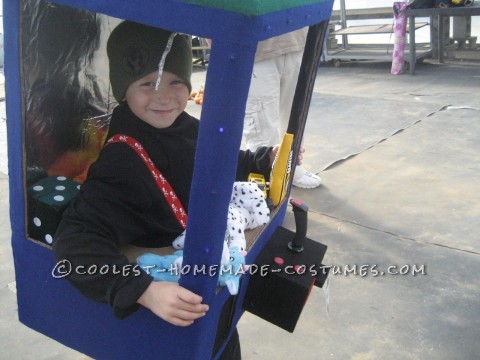