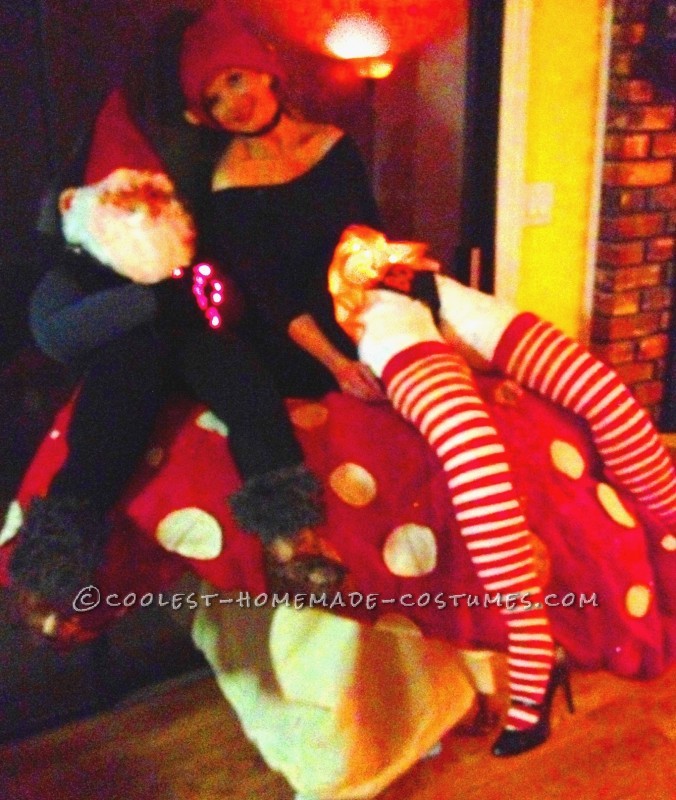 This Gnomes on a Toadstool costume was the most time consuming project I have ever attempted. The only 2 items that were bought were the tights and the boy gnome’s mask. The fabric only started as fleece that I stiffened and hand sewed (I do not own a sewing machine).   My legs were made by duct taping my real legs (while wearing tights) and then cutting it off and taping to re-close.  It was too heavy, so I had to make a wheeled walker base with shelving brackets to hold the toadstool top (and that boy gnome).  Both the fake legs and the boy gnome were belted on to me.

This is not a costume conducive to tight spaces – or traveling up stairs. I did both, but neither was easy… In fact, nothing about this costume was easy, but I wanted to do an intense homemade costume — and THAT I DID!