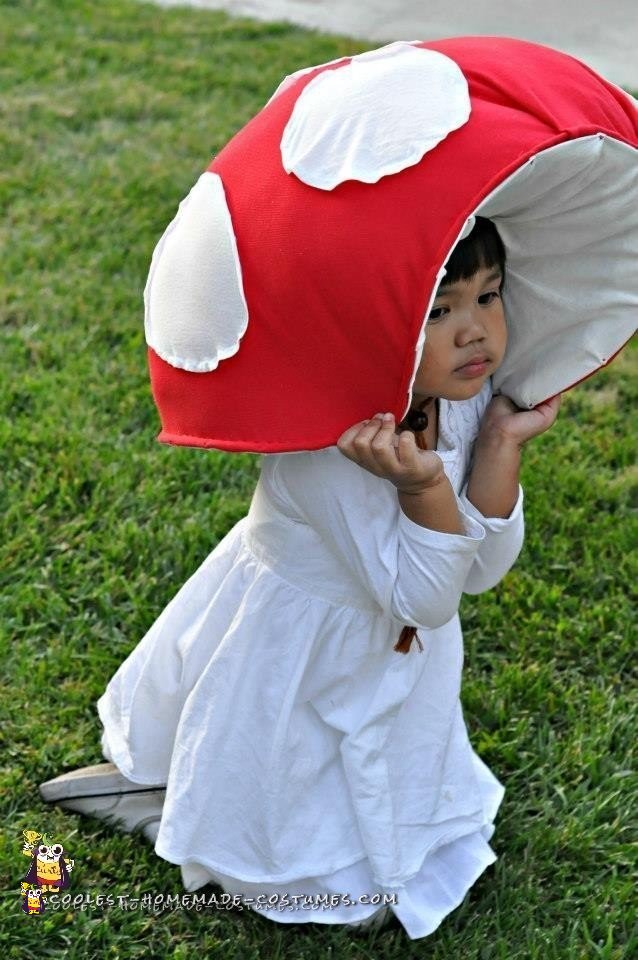 This toadstool mushroom costume was fairly easy to make. I wanted to make sure the hat stayed kind of puffy to hold it’s shape.

I bought a straw hat, fabric glue, fluffy stuffing to make pillows/ dolls, cotton fabric.  I first sewed the red fabric on top leaving some room to make it more round on the top, but didn’t sew it all the way.  I placed the stuffing inside of the top part of the hat. You have to gage how much.  Don’t put too little or it won’t hold it’s shape, and evenly distribute so the hat won’t topple more to one side. Once you figured out you have the right amount, you can close it up.

For the bottom part of the toadstool mushroom costume,  I got the white fabric and folded it inwards so the raw edges wouldn’t show.  I also made little darts to try to make it look like the ripples, like the mushrooms have underneath. After you’ve sewed it on, cut a hole in the middle and sew it in so it can be worn as a hat. I had to place more stuffing inside so it wouldn’t cover my baby’s eyes.

Then cut out circles. I used an old large jar as my template. I was a little lazy to sew on the large circles so I ended up using fabric glue to place them on. You probably only need 5 circles. I think place an odd number of circles onto the hat to give it a more random look. Have your child wear any white outfit from their closet and you got yourself a cute toadstool!

This hat came out a little too heavy for my 4 year old to wear but she didn’t complain at all.  I think this would probably be best for a kid that’s a little older because of the weight of the hat. She won the Halloween costume contest at both her school and her siblings’!!

You can use any color fabric too for this toadstool mushroom costume! 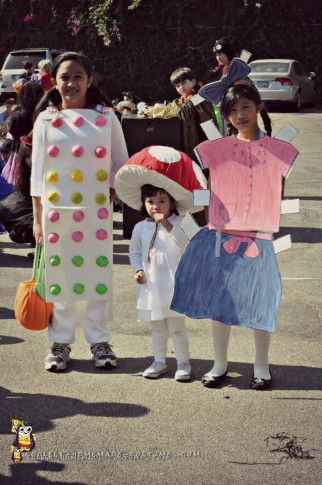 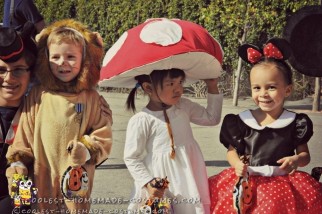