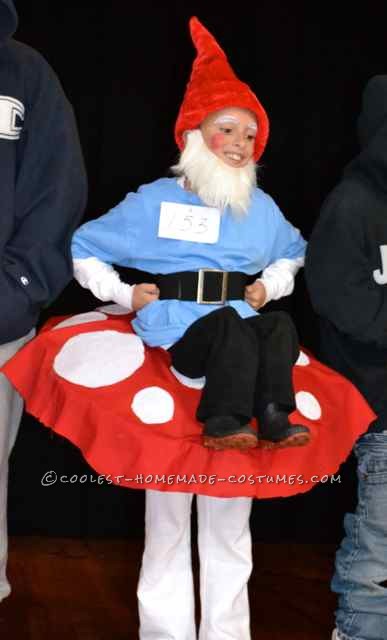 We used a plastic snow sled turned up side down as the top of the mushroom.  We cut a hole in the center large enough for him to fit into it. We attached rope to the sled by drilling holes and crisscrossed the ropes in the back to hold the mushroom in place.  We then hot glued red fabric to the sled. We cut out white felt in various sizes and glued them on top.

The hat was an old Santa hat with pom-pom cut off. We rolled stiff paper into a cone shape to keep the hat upright.

He had so much fun wearing this costume. He was constantly asked if people could take a picture of him. 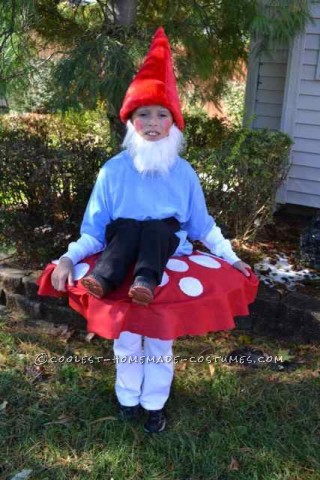