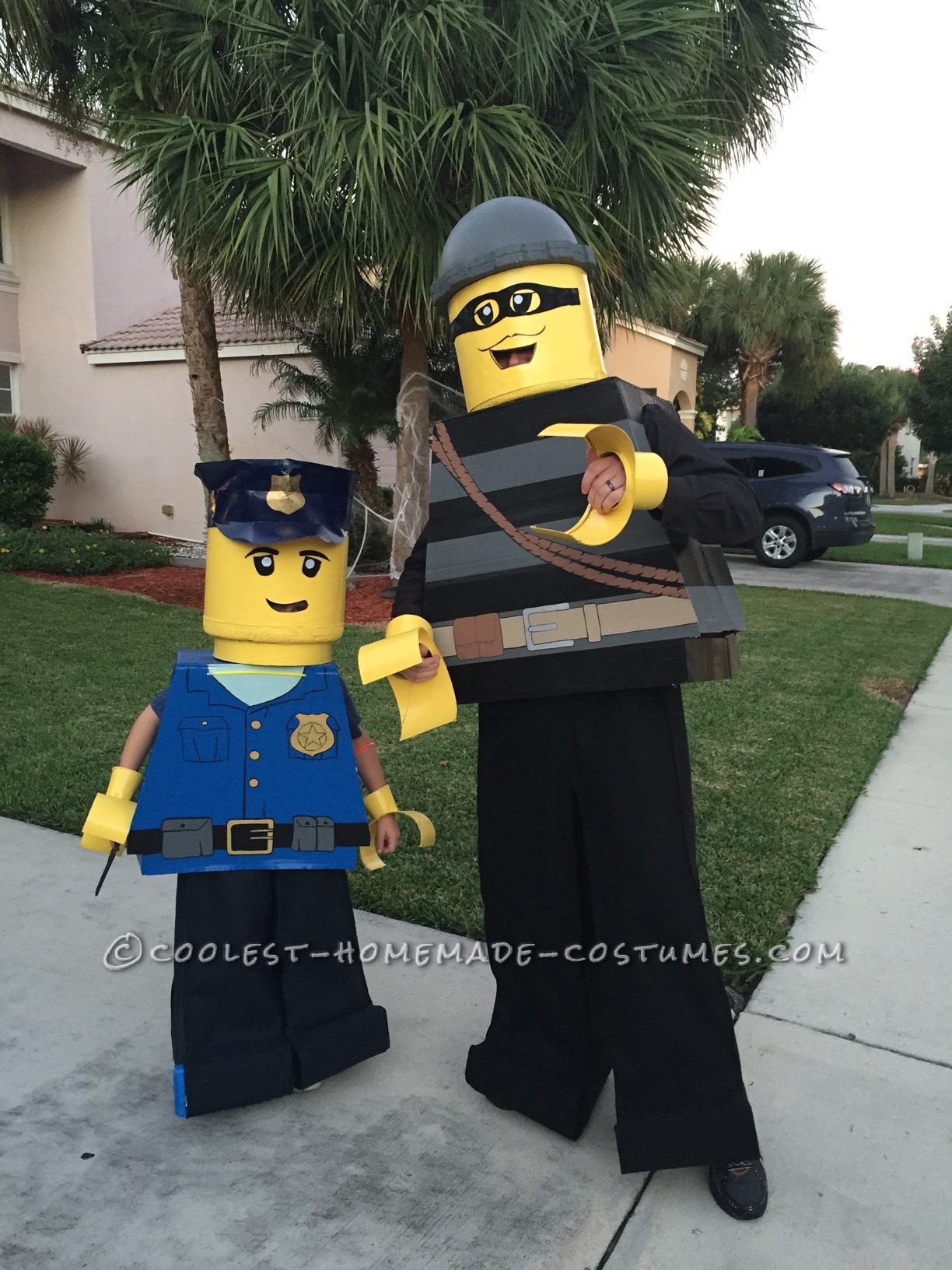 My husband and son are wearing the costumes. My son loves Lego and wanted to be one for Halloween, so we used some cardboard, Styrofoam, paint, and felt to create the costumes. The body was scaled up from measuring a mini figure and then cut out of cardboard, glued together, and then painted to replicate the design on the mini figures my son picked out from one of his sets.

The heads were made out of a concrete cylinder form and Styrofoam, then painted with a latex paint for the base coat and then spray painted yellow. The head was the hardest part because we cut the Styrofoam out of 3/4 inch foam, glued together two sheets with gorilla glue, then we sanded them down so they were smooth and had a rounded edge. We could not just use the spray paint because we discovered the hard way that spray paint alone will melt the Styrofoam. The pants were made out of felt and Styrofoam blocks.

To make the pants, I measured the bottom of the Lego body and divided that measurement in half. Then I cut four rectangles out for each pant leg using that measurement for the width and used my son and my husband’s inseam as the length plus six inches to allow for the cardboard and Styrofoam to be inserted at the bottom of the pant legs in order to keep the legs square. Styrofoam blocks were cut, the edges painted the same color as the pants, and then they were inserted into the toes of the pants to look like the feet. They won two local Halloween contests and had a ton of people and police officers stop them to take pictures with them. Some people even asked my six year old son for his autograph, which was pretty funny because my son looked at me and asked what an autograph was. The two costumes cost about $100 to make in total. They were a lot of work but so worth it in the end! 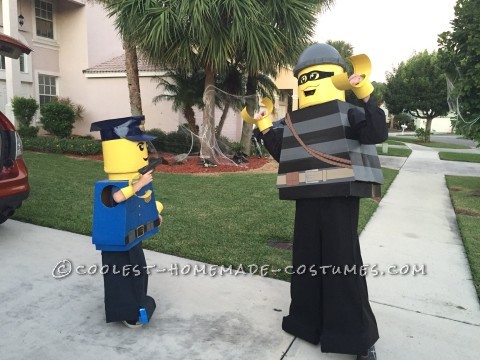 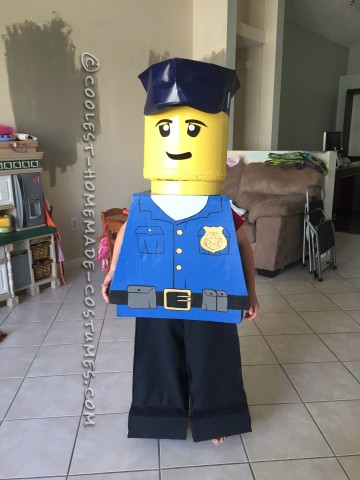 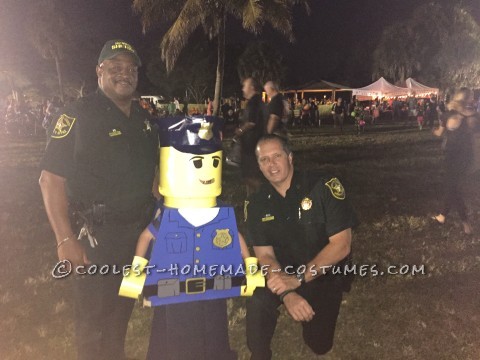